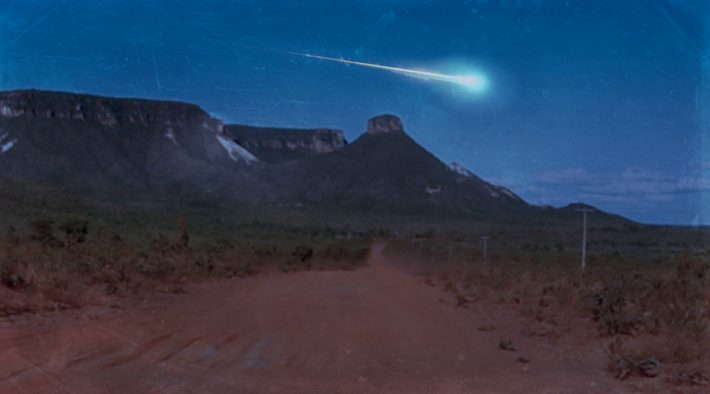 Adriana Borges is a journalist who described her incredible encounter with the mysterious and enigmatic Captain Abelha on Twitter which quickly turned into a Phenomenon for the UFO community in Brazil.

But what does a guy named Captain Bee have anything to do with ufology?

The ufological community is surrounded by mysterious, ludic moments and little to no concrete data and this story you will see here is an example of this Resident in Palmas capital of the State of Tocantins, northern Brazil, Adriana Borges, who began as a reporter for the, now, extinct TV Palmas.

The first meeting with Captain Bee

It was 1991, the month of June, and Adriana worked in the writing of the extinct TV Comunicatins, which later became TV Palmas.

The receptionist told me that a man wanted to talk to her.

At the reception, a man of about 40 years of age, from Crushable Vented Sun Hat for Men, dark gray, backpack on the back, thick lens glasses, trekking pants, and expedition bins.

The man exclaimed to the receptionist, “it’s her!”

That’s because the receptionist said he came in saying he wanted to talk to a reporter there, who was thin and tall with curly hair.

He said he went there to ask Adriana to do a story with him, in the mountains, about the bees and the types of flowers that bees like in the region.

Adriana asked his name and I heard:
“Captain Bee.”

She retorted that she would need his name to solicit reporting to her editor.

The man replied that she would not understand his name and that he would prefer him to be called Captain Bee as soon as he was known.

In a small town even more, than a state reem created, a report evidencing the local attractions could go beyond the borders of the states.

The editor approved it. The report was scheduled and the company of the cameraman, auxiliary, the driver of Toyota Bandeirantes who was the car of the report at the time, and he, Captain Bee.

The captain was saying where we stopped, the flowers were there, it seems to be waiting and he informed the camera everything about them. 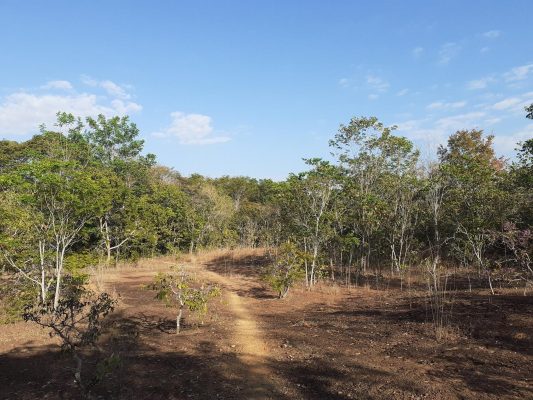 About the bees, he spoke information that seemed to be experienced experience.

On this day, he told Adriana something, which at first, she found absurd, but which currently has scientific proof, that if the bees disappear from the Earth, the human being ceases to exist as well.

When she asked why he wanted to talk about bees, he replied “because they are very interesting and that’s it.”

But for Adriana, something started to make no sense. While Captain Bee explained every detail, she paid attention to his traits.

Small eyes, of a color that is neither yellow nor green, very close, but it was not strabismus, look like a cat, skull out of normal in size, but it was a half oval shape with the top highlighted.

At the end of the day, they felt like friends.

Upon returning they left Captain Bee in the mountains, saying he had things to do yet, tired reporting team did not give due importance to the fact that he was alone in the middle of the mountain about 15 km from the city center where the building of the television station.
The story was hugely successful.

A Brief Farewell from Captain Bee

A few days later Captain Bee returned to TV looking again for journalist Adriana Borges.
It was a Friday. According to him, he wanted to say goodbye because he was going to the mountains to spend the weekend.

Adriana Borges asked where he would stay. The man just answered
“I sleep there. See that hill? I’m just going to stay there. There I see many things happening and I need to see…”

He said pointing to a hill known as Morro do Chapéu, in the mountains.

And there goes the man with the backpack on his back and those clothes of those who climb mountains.

A couple of weeks later he returned on a Monday and handed Adriana a bouquet of flowers with the ashes, both the petals and stem.

He said it was a gift from friends who visited him that weekend, and he asked her to keep that branch somewhere safe.

She went home and kept it in her bedroom’s clothes drawer.

In mid-July, he returned and took a book for Adriana to read about the underground civilizations. She returned the book two days after reading it. She doesn’t remember the name of the book and the author.

Captain Bee asked if she read it and liked the story. The reporter replied yes and found it interesting.

He said something like “yes, everything in the intra-terrain world is interesting.”
And he left one more time.

Once again Adriana did not give much importance to the fact.

But where is the Tocantins? 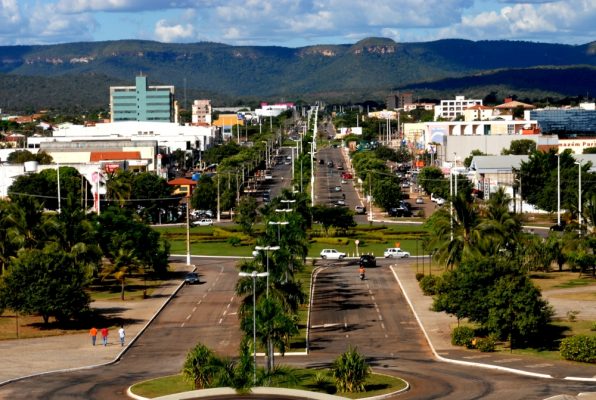 The State of Tocantins, in northern Brazil, was created on October 5, 1988. With the creation of Tocantins, the city of Palmas was chosen as the capital on January 1, 1990, on the right bank of the Tocantins River and as a planned city.

The city was born surrounded by the Serra do Carmo and in less than two years had already attracted 30,000 people from all corners of the country in search of opportunities.

The development has taken place, especially in real estate and construction. Palmas, according to estimates by the Brazilian Institute of Geography and Statistics (IBGE) has a population of more than 150,000 inhabitants and is the fastest growing city in the country.

A recent study has shown that the Serra do Carmo is rich in Quartz And Gold.

In August he returned to TV and said he had gone home and was back.

The two became friends and always talked in the courtyard of TV Comunicatins.

At one point Adriana asked what city he was from. He replied that he was from the state of Minas Gerais to the south of Tocantins.

She didn’t insist on knowing the name of the city.

She just said she had been born in Uberlândia, Captain Bee said she also knew that when Adriana was 9 years old, she saw a very strong light in the sky and that she was scared.

At the age of 9, Adriana saw a strong light entering the kitchen window of her house and fell from the chair screaming in fear. Her mother was at her side and did not notice such a light.

At the age of 18, she also witnessed a strange movement in the sky.

Another night still at the age of 18, witnessed a giant eagle on the feet of his bed, the eagle gave the most beautiful peep he ever heard and disappeared.

In 1995 the reporter filmed a UFO, a video that would have been verified by a researcher.

Adriana asked how he knew this fact and he replied that he only knew and that light had gone to mark it.

She didn’t understand at the time and, once again, didn’t insist and didn’t even think it was weird.

New tracking in the Mountains with Captain Bee

That day Adriana informed the captain that she would go to the mountain tracks to report about a large collection of prehistoric petroglyphs in the limestone walls of Serra do Carmo. He asked to come along.

As it was a curious subject and no one had registered these inscriptions yet, many people on TV wanted to follow.

A large group formed on Saturday at 8:00 a.m., eleven people were in the TV yard, including Captain Bee.

They set off in cars to a farm, from there, followed on foot, to another farm at the base of the Serra where the people who knew the place would guide them.

The group climbed for hours, unprepared and some falls down an open trail while walking.

In front of the guides was Captain Bee.

At dusk, they camped next to a waterfall, of icy water, and set up the nets.

Just the camera assistant who preferred to carry a sleeping bag, even fearing a possible jaguar attack.

After established Adriana searched for Captain Bee and found him sleeping, lying on his stomach, with his hands crossed on his chest like a mummy, the hat on his feet, and the backpack under his head.

In the morning the guides divided fruits for breakfast, oranges, and bananas. The production team brought water and sandwiches.

But Captain Bee didn’t want to eat anything he was offered.

He opened a bag full of Brazilian Nuts and cashew nuts and started eating.

“Chestnuts supply us with all food needs and there is no need to eat anything else, just drink water.”

After breakfast, we continued the ascent of the mountain through the closed forest until they reached the gates where the rock inscriptions are. 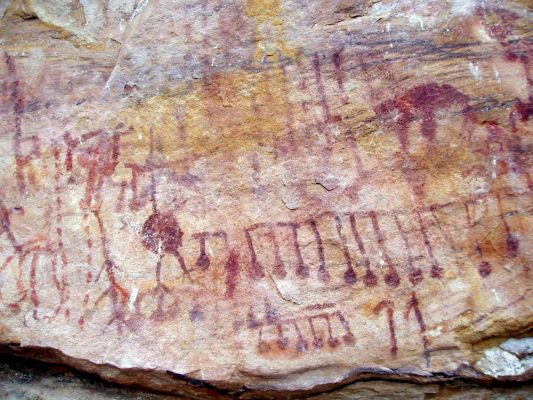 Captain Bee began to explain each drawing and the meaning of each prehistoric petroglyph inscription.

When asked if he was a paleontologist, he said that where he lived this knowledge has another name, that’s all.

No one questioned it.

Upon returning to the TV building Captain Bee said goodbye saying he was going to spend time away and that one day he would return.

According to Adriana, what you said was different. He made sure he didn’t worry that everything was fine.

And when he left, he shook his hand from the report and spoke.

“You know this place here is strategic, you understand that? And that a lot of studies are happening right now, and he needed to do a new survey.”

And he said he probably wouldn’t come back and asked Adriana to pay attention to the lights, that he could see them in the mountains and that if she wanted to know more, she could spend a few days with the visitors.

At the moment, once again she gave no attention, perhaps by the fact she was tired from the trip.

She thought he was talking about the magic of the new city, the capital under construction, the new residents and tourists arriving every day.

The two reports, that of the bees and the rock inscriptions were lost in the TV archive.

With purchases and changes of responsibility for the files were never found again, much was lost between 1990 and 1994. Even though episodes were repeated several times, people called the tv station asking to rerun it.

Several attest to remembering watching the report. And there is an online campaign to try to find a copy.

If NASA reused the tapes from the first moon landing, it’s no wonder the same posture as a small TV stake.

The flower Adriana received from Captain Bee was also lost, her mother would have thrown away the plant while doing a house cleaning.