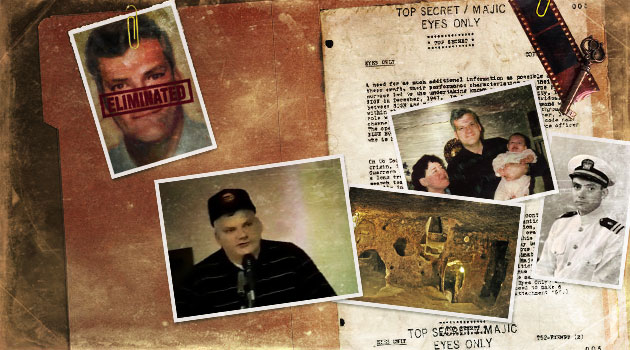 On early 90’s Phil Schneider presented lectures on forms of alien lives. He, allegedly, was one of three people who survived a battle, between Greys and US military at the underground Dulce Base, in 1979.

On January 1996, Phil Schneider was found dead in his apartment, with a piano wire wrapped around his neck, suffered torture and all his presentation paper and researched vanished.

Who was Phil Schneider

Son of the German couple Sally Schneider and Otto Oscar Schneider. Philip Schneider was born on April 23, 1947, at the Naval Hospital in Bethesda, USA. 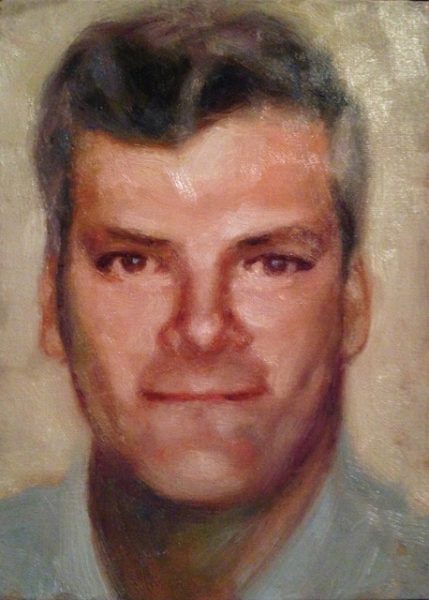 His father also has a controversial military life. He fought on both sides of World War II, as a U-boat captain.  After captured by the United States became involved in the front of military experiments.

He worked in the project of the atomic bomb, the H-bomb and according to researchers, the Philadelphia Experiment.

Philip, in another hand, graduated in engineering and geology, and with his family influence. He worked for the Government for 17 years.

Phil Schneider went through engineering school. He built up a reputation for being a geological engineer and a structural engineer to the military and aerospace applications.

Schnider helped build two military bases in the United States, and the first base was at Dulce, New Mexico.

Cynthia Marie Drayer Simon married Philip less than a year after they met, Eventually 1986 and the next year they welcome their daughter, Marie Schneider.

But Philip Schneider presented a severe case of depression, emotional disrupted, could become abusive and Cynthia and Philip divorced, in 1990.

Philip left home and moved to an apartment complex in Wilsonville, Oregon.

Schneider began to publish a magazine called “The Alien Digest” with his partner, Rum Rummel published the articles in the magazine under the code name Creston.

By 1993, they release the last issue, when Rum Rummel, was found dead in a park with a bullet wound to the head.

According to the investigation, the cause of death was suicide.

When Philip’s father died, he found out letters from Oscar addressed to him in the basement. 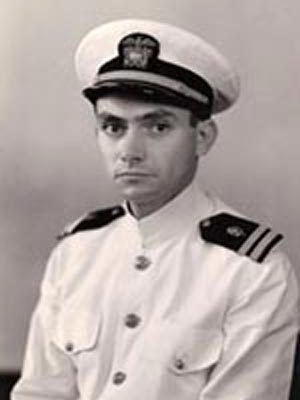 In the content, the truth about Oscar’s past and would also confirm the existence of the Philadelphia Experiment.

Philip discovered documents and photographs in his father’s basement proving that Oscar Schneider involvement in both the Philadelphia Experiment and Operation Crossroads.

Philip possessed them letters from the 1940’s and 1950’s showing that Oscar helped to isolate the crewmembers of the Philadelphia Experiment and he later autopsied them as soon as they passed away.

With the letters also photographs of UFO’s fleeing through mushroom clouds after the A-bomb was dropped on Bikini Atoll around 1946, in the so-called “Operation Crossroads.”

Oscar examined animals and humans after the explosion to the bomb radiation.

After he loses the closest persons around him, Philip decided exposed the 17 years he worked for the government, on conferences around the US.

Schneider spoke on his lectures every Top Government secret he could remember. He made clear that, probably, he would not live for a long time.

His conferences started with a shy audience and grew over time from around 20 lectures in 2 years he spoke to about 45,000 people, according to himself. 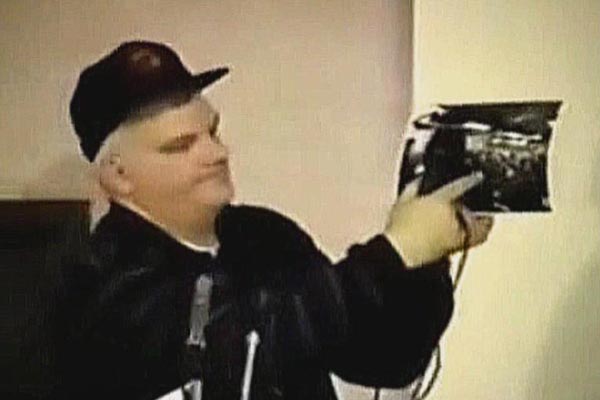 Subjects unheard at the time and shocking at last decade from the XX century. 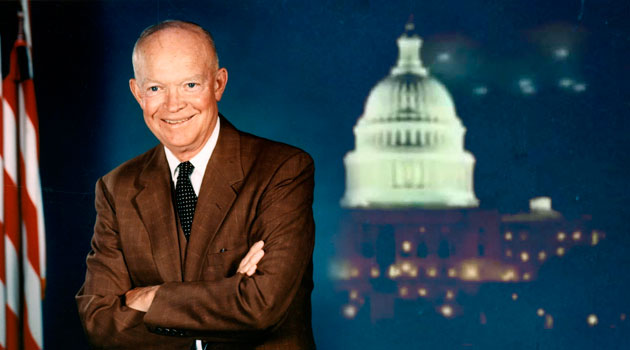 On 1954, under the Eisenhower’s administration, the president bypasses the US Constitution.

Eisenhower forms a pact with alien races, in exchange for advanced technology. The aliens would be allowed to make experiments on life stocks, minerals and a small group of humans.

The 1954 Greada Treaty has elements that would possibly have inspired the X-Files TV series.

The US Black Budget

On September 10th, 2001, US Secretary of Defense Donald Rumsfeld announced that more than $2 trillion in Pentagon funds had gone missing.

According to the Associated Press, the US military’s money managers made almost $7 trillion in adjustments to their financial ledgers in an attempt to make them add up, the Pentagon’s inspector general said in a report released Friday.

The Pentagon could not show receipts for $2.3 trillion of those changes, and half a trillion dollars of it was just corrections of mistakes made in earlier adjustments.

The 1979 Dulce Base Firefight

While involved in building an addition to the deep underground military facility at Dulce, New Mexico, an incident occurred quite by accident.

The Dulce base, allegedly, is the most profound military service, over 2.5 miles deep, with seven levels, with labs, door rooms, a railroad connection to Los Alamos and a spacecraft’s entrance.

According to Philip Schneider, his team drilled four distinct holes in the desert with the intention to connect each other.

Then he dropped to the end of the holes and analyzed rock samples, to them recommend the quantities and type of explosives.

At one of this drops, the group was surrounded by outer-space aliens, otherwise known as large Greys to an enormous cavern.

In Schneider’s own words:
“I shot two of them. At that time, there were 30 people down there. About 40 more came down after this started, and all of them got killed. We had surprised a whole underground base of existing aliens. Later, we found out that they had been living on our planet for a long time, perhaps a million years. This could explain a lot of what is behind the theory of ancient astronauts.”

During the bout, a tall Grey made a kind of movement with his “hand” on his chest (as if he made waves over his chest) and a blue ray struck Philip’s rib cage, knocking him to the ground.

Besides his chest, the lighting cut off and burned several fingers and nails of his hand and foot.

Sixty-six humans lost their lives in this battle, only Philip and other two men managed to escape.

For over a year Philip received treatment in a radiation isolation therapy.

The Strategic Defense Initiative (SDI) was a missile defense system intended to protect the United States from attack by ballistic strategic nuclear weapons.

Well, this according to the Wikipedia, because Philip Schneider has another version of the Star Wars program.

Schneider attested that the “space shuttles” missions were in the intention to take large unique metals to be processed in the out-space because they can not produce it on the Earth’s surface.

According to him, it’s necessary the vacuum near outer space to create them.

He believed that the Star Wars program exists solely to act a possible threat to avoid an alien attack.

The project uses the cold war as a cover-up to raise more money to the Black Budget. 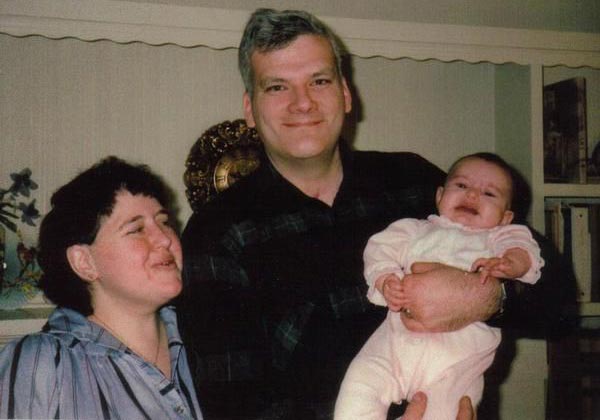 As soon as Schneider decided to talk to the public, he knew his life was at risk.

But he hopes that making the information available the organizations involved would find no reason to kill him.

He would state, at the beginning of his lectures:

“I feel directly threatened, and before I am killed, I must reveal this material. If they ever say I committed suicide, you will know I was murdered.”

On January 17, 1996, Philip Schneider was found dead in his apartment.

Cause of Death: Suicide.

According to his ex-wife Cynthia, she received a phone call informing her that Philip had died in his apartment and apparently by suicide, possibly a week before the discoverer the body.

At the time of removal of your body, they informed her the cause of death was poor blood flow to the brain, as know as stroke.

She discovered that all Phil Schneider’s research material vanished, lecture materials, alien metals, higher math books, photographs of UFO’s coming out of the Operation Crossroad A-Bomb and notes for his book on the foreign agenda.

A day later Cynthia received a call from Clackamas County Detectives informing her that the undertaker found “something” around Philip’s neck.

An autopsy performed at the Multnomah County Medical Examiner’s office, Portland, Oregon, by Dr. Gunson. She determined that Philip committed suicide by wrapping a rubber catheter hose three times around his neck, and half-knotting it in front.

Dr. Gunson also collected blood and urine samples, but she refused to examine them, explaining as “waste of public money on suicide.”

By the Oregon’s laws, the samples should keep for 12 months. Cynthia requested the samples to be analyzed by an independent lab, eleven months later. It was either “lost” or “destroyed.”

For Cynthia, it was impossible for Phil to hold a rubber hose with his left hand and rolled around his neck three times.

His missing fingers and a shoulder motion limitation caused by arthritis were enough evidence for her; it was not a suicide.

Aside from the fact, if Phil Schneider wanted to kill himself, he had several prescribed medication available and a 9mm gun.

Cynthia stated that Phil was very religious and did not believe in suicide.

Other reasons to not believe in Suicide:

With his death, Phil Schneider left much more questions unanswered.

It is possible to confirm that he worked for the US federal government for a long time. But in exactly what kind of project it is unclear.

The same as to confirm Otto Oscar Schneider involvement in the US and German activities before and after WWII.

Since his death, other versions of the “Dulce Wars” of 1979 emerged to the public.

If you have any additional information to clarify Philip Schneider’s life and death, please contact us.