Skip to content
Loading...
Strange News
The Ubatuba Incident – A UFO Exploded in 1957 with Fragments?
Alien Abduction in 1956 Niterói
The Bauru Incident – Daildo de Oliveira Wrestling with Invaders
The Turíbio Pereira Incident – Another Closed Encounter in Lins
The Lins Incident – The Maria Cintra Close Encounter of the Fifth Kind
Captain Fortunato UFO Incident – What Were the Foo Fighters?
The Day Aliens Crashed a UFO Conference – The Dolores Barrios Incident
VASP Flight 169 Incident – A Close UFO Encounters of the Third Kind?
The 1846 Leverger Incident – UFO witness from the 19th Century
UFOs in Amazon – When Mythology may be the Answer
Ghost 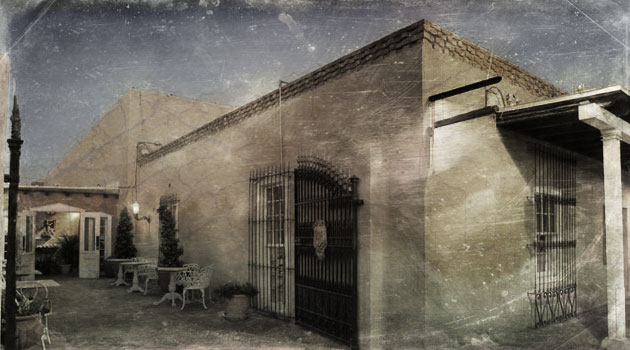 A 150-year-old building houses the Double Eagle Restaurant, in Historic Old Mesilla, New Mexico, it has a rich history of legends, murder, and paranormal activities.

The History Behind the Double Eagle Restaurant

An import-export trade business family built the house where the Double Eagle Restaurant is located.

The Maes family moved south to Mesilla after Americans took over of Santa Fe in the Mexican-American War of 1846-1848.

Senora Maes promised Armando to be married into an aristocratic family in Mexico City, in the effort to increase the family’s name, wealth, and connections.

The wealthy family built a big house and for that reason needed a good amount of servants.

Among the servants was a beautiful long black hair teenage girl by the name of Inez.

Their destiny was for Inez and Armando to become lovers. The couple kept their relationship in secret for a while.

Other servants and people from Mesilla protected the couple from Senora Maes knowledge.

Upon arriving early at home from a trip Senora Carlota Maes surprised Armando in his room with Inez.

In an act of furry Senora Maes grabbed a pair of shears and stabbed Inez in her chest.

On an attempt to stab the servant one more time, the shears trajectory was interrupted by Armando.

The Senora drove the shears into her own son’s back.

She realized the mistake and screamed in agony, all who heard her described it as stricken and pain-filled.

The commotion alerted other servants, that came to the boy’s room entrance, to find Inez with blood gushing from her chest.

While Armando holds her gently and tenderly stroked her hair.

Armando bent to kiss her, feeling her last breath. Then looked at the corner of the room as if watching someone, and suddenly a smile burst onto his face and then passed out.

It’s said the couple never left the room, that it’s now known as the Carlotta Salon.

Different versions of the event exist this day, raising it to the status of legend. But one thing doesn’t change, two young teenagers lost their life for the seek of power and money.

From Double-Murder Scene to the Double Eagle Restaurant

This location was also the place of the Treaty of Guadalupe Hildago — which ended the Mexican-American War in 1848, it has witness many other important historical events.

On December 30, 1853, the negotiation and confirmation of the Gadsden Purchase, an almost 30 thousand-square-mile region of present-day southern Arizona and southwestern New Mexico. The United States purchased via a treaty signed at Mesilla.

The house testified to the Confederate Army occupation in named The First Battle of Mesilla, fought on July 25, 1861.

In March 1881, was the incarceration and trial place of Billy the Kid, where he was found guilty of the murder of Sheriff William Brady almost exactly three years earlier during the Lincoln County War.

During the years Mesilla became a small town sitting next to the larger Las Cruces, New Mexico.

The building was a private home until the 1950’s. Thru the years it turns into many different places of businesses.

It was abandoned until 1972 when Robert O. Anderson acquired it to be the place of the Double Eagle Restaurant.

Since opening to the public, many witnesses described strange occurrences.

At the Carlotta Room, it was installed a fake window with draperies on the wall. But according to General Manager Jerry Harrell, some customers asked if he could close the window because it was getting too cold.

They claimed, they saw the drapes blowing, and the wind was very cold.

Aside from that, witness hears their names being called, faint perfume of lavender amazes visitors.

Poltergeists activity as moving furniture and breaking of wine glasses are also reported.

Two newly upholstered chairs sits in the corner of the Salon shows signs of wear in the shape of two human bodies.

An Answer for the Ghosts from the Double Eagle Restaurant

One proposed explanation for the paranormal events at the Double Eagle Restaurant is that it goes beyond the historic building but it is amplified by what were brought inside.

The antiques that decorate the building may have added something to it besides its beauty.

A painting in the hallway that seems to have a ghostly image in it.

The backlights in the Imperial Bar are French “Corones” with Lalique shades dating from the 1890’s and turn on and off by itself.

The Double Eagle Restaurant with its rich history is the perfect spot to lose  yourself in even if you don’t care for the paranormal but love legends.