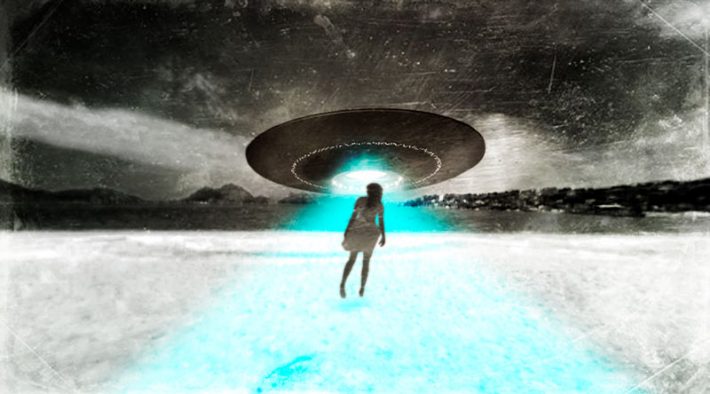 An Abduction in Niterói, much before the alien abduction of Charles Hickson and Calvin Parker in Pascagoula in 1973, before Betty and Barney Hill abduction in 1961, and Antonio Villas-Boas abduction October 16, 1957, Clélia T. R. lived an incredible experience.

One of the oldest Close Encounters of the Fourth Kind cases occurred on September 10 or 11, 1956.

At 22 years old, at the time, Clélia T.R. was a mother of two young daughters.

While sitting by the Saco de São Francisco Beach at 11 am, waiting for a bus to take her back to her residence in Niterói, she witnessed a UFO.

The flying object approached the beach, hovered near the shoreline, a fact that caused panic to the bystanders. 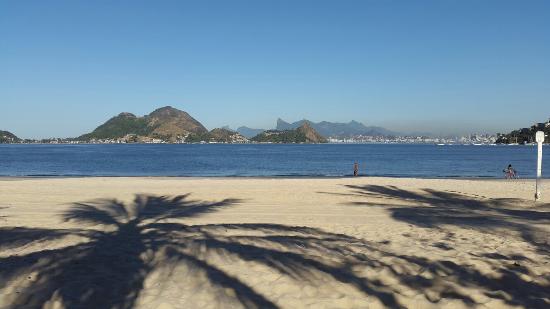 The SBEDV interviewed the experiencer only 19 years after the event.

Clelia left her residence, in the Cubango neighborhood of Niterói, with the object of seeing a small house for sale in the Saco San Francisco’s neighborhood.

She talked with the owner and liked the property. She returned to wait for the return of the Bus.

The Bus in that itinerary had intervals of 60 minutes. It was a hot day, and Clélia sat on a pile of rocks near the beach, distracting herself watching the people enjoying it, around 15 to 20 people.

It was around 11 am, and she was in a hurry to prepare her daughters’ lunch, 18 months and three years old. She was still about 1 hour and 30 minutes away from home.

She started hearing a slight noise and noticed a bright spotlight coming down over the beach.

The noise increased to the point she took her hands to the ears to protect them.

She saw a boy sitting on the beach doing the same.

The people were fleeing out the ocean and gathering in small groups, fearful of the UAP approaching.

She saw an object of significant proportions, round and very luminous, to the point of hurting the eyes.

The surface of the ocean appears not to have had any disturbance. The noise, however, remained the same: shrill, lacerating.

Is this the First Alien Abduction of the Modern Era?

She then recalls waking up laying in a stretch, in the dark at a “curved corridor.

In another stretch, she recognized the boy from the beach that was covering his ears.

Inside the corridor, the noise remains unbearable.

Clelia was surprised by two beings a bit taller than her. She was 1.52 meters tall. The beings appear to be 1.75 meters tall.

She could not describe their physical features. They used long overalls, a belt, and gloves, and shoes, all in aluminum material.

They wore translucent helmets with a blurry visor.

Without saying anything, they took Clelia and the boy in their arms to a circular room, about 20 meters in diameter.

Clélia assumes she’s been in that hallway for about 20 minutes.

Advancing for a Close Encounter of the Fifth Kind

A combed-back gray hair man, without a helmet, approached her.

He addressed her in perfect and harmonious Portuguese.

She complained about the noise. The man said that would fix the issue.

The character appeared 1.70 m or 1.75m tall, wore clothes just like the other two.

His eyes were dark and piercing. Clelia could not see his teeth, as his mouth barely open when he smiled.

He walked faster than the other two but with smooth and safe movements.

The gray hair man explained that they brought her aboard the device so they could examine her.

She questioned why the unconscious boy and her host explained that the boy could not face reality without fear and panic.

The man placed Clelia on a stretcher near a wall with a square-shaped apparatus.

The apparatus moved in every way by a kind of accordion.

The device was then driven along its entire body and also laterally. During the examinations, a purple light projected from it.

The noise had decreased in intensity and was now perfectly bearable.

It lasted about five minutes.

He showed her his command room, separated from the circular room.

From Alien Abduction to Close Encounter of the Fifth Kind?

The Commander then wanted to talk to Clelia. she replied that she regretted not having, at the time, a camera to be able to document with a photo this unbelievable moment she was living.

He inquired what the word “photo” meant, to which Clelia replied by displaying her wallet bearing her picture.

The Commander said that in the next meeting, she would have that opportunity.

Clelia pondered that an upcoming meeting would be difficult, as he ignored her current address and that she would moving soon.

Finding her anywhere “would not be a problem for us,” since the apparatus just made a record of her.

But he would prefer to be an outdoor environment, with vegetation or water, because enclosed areas were not conducive to contact with them.

During their approaches on Earth, they used caution and secrecy to avoid a possible confrontation.

They worked here researching, and they weren’t enemies. On the contrary, they helped.

He asked Clelia about the reason for a scar in her lower belly.

It was the result of a cesarean which she had submitted the previous year.

Clelia was surprised by his knowledge of the scar since she did not remove her clothes.

He replied that our medicine was long overdue by leaving such ugly scars. The machine that examined Clelia revealed it, even through clothing.

The aliens left the crowd on the beach without any movement or memory. They did not see the transport of her, neither the boy.

What Comes next for Clelia?

The gray hair man explained to Clelia that later she would have partial amnesia.

Because it was not appropriate for her to talk to her husband about them, maybe he would think she was mentally ill.

At a future meeting, this would not happen because, at the right time, she would have enough capacity to describe what happens to her aboard the Flying Saucer precisely.

He said to her:
“You will know your record.”
Her record was 3SRKO.

On it was a thick, shiny glass, through which the exterior could be distinguished but foggy.

By Clelia’s calculations, she stayed about three hours onboard the ship.

Clelia’s UFO Incident in 1956 was over

Clelia then found herself, again, sitting on the rocks, by the side of the road, waiting for the Bus.

When the Bus arrived, other people boarded, including the boy who, moments before, was unconscious near her.

The passengers were quiet, but then someone asked what time it was, to which somebody answers 16:30 hs.

It was four to five hours since she arrived at the beach.

She entered the house, and her husband insistently inquired if she was well and where she has been.

Clelia didn’t remember and even forgot to tell him about the house she visited in the Saco de Sao Francisco neighborhood.

She told him that the house did not interest her because the local businesses were very precarious.

It seemed to Clelia that she did not want to remember that fact.

Clélia’s watch had no repair, even though three watchmakers have examined it.

A week later, Clélia read, in newspapers, reports of a UFO sighted in the city of Magé, Rio de Janeiro. This event helped to free her memory and remember her abduction experience. 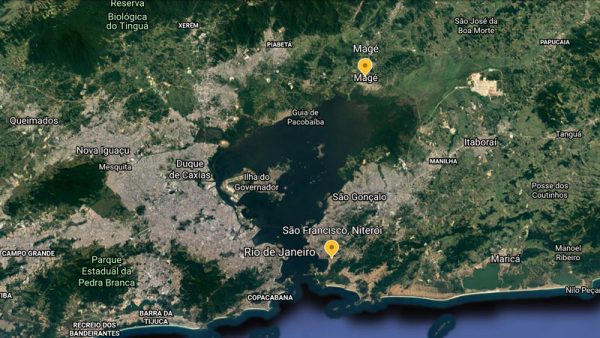 But she only told someone about her UFO Encounter almost twenty years later, to her youngest daughter, then 21 years old.

Five months later, SBEDV (Brazilian Society for the Study of Flying Saucers) interviewed Clelia T.R., it included regressive hypnosis, on May 5, 1976, by the physician and parapsychologist Professor Sylvio Lago.

The Benedito Miranda Incident involves the alien abduction of a truck driver from Itaperuna, Rio de Janeiro. His abduction occurs on February 25, 1971, during intense UFO activity in the region.

The Onison Pátero Incident is one of the most compelling cases in Brazilian Ufology. The alien abducted him on two occasions, the first on May 21-22, 1973, and the second on April 26, 1974.

In this second experiment, Pátero was left 300 kilometers from the abduction site.

One of the most critical features of this case is a cloning experience onboard the flying saucer.

During the regressive hypnosis, Clelia T.R. included another visitation but now at her house while she was sleeping, but without further

Further Information about The Clélia’s Alien Abduction in Niterói, Brazil 1956