Skip to content
Loading...
Strange News
Tiago Machado Incident – Everything You Need to Know About
The 1966 Ufonauts in Quipapa
1970 Avenida Niemeyer UFO Incident – A Strange Splashdown
UFO Lands in Itaperuna in 1971
Was Atlantis Finally Found?
Curitiba UFO Waves – Why So Many for Such longtime?
The 1947 Villa Santina Incident
What No One Tells You About the Alfredo’s Abduction in 1953
Do you know who is Captain Bee?
The Truth About What is the Betz Mystery Sphere?
Ghost 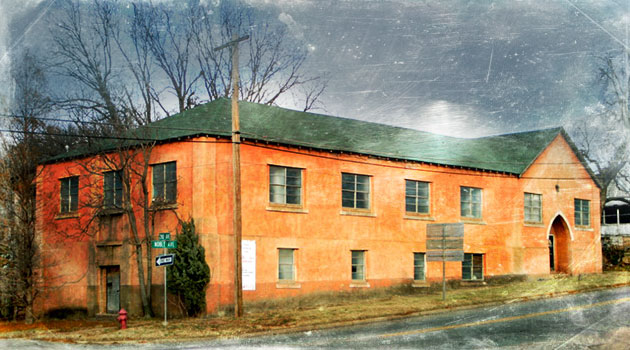 Inmates and religious extremist haunt the Black Jail, in Guthrie, Oklahoma, the state’s first territorial prison and the Samaritan Cult House with possible ties to murder and terrorism.

Possibly several ghosts haunt the Black Jail with at least one confirmed death inside its dark walls. 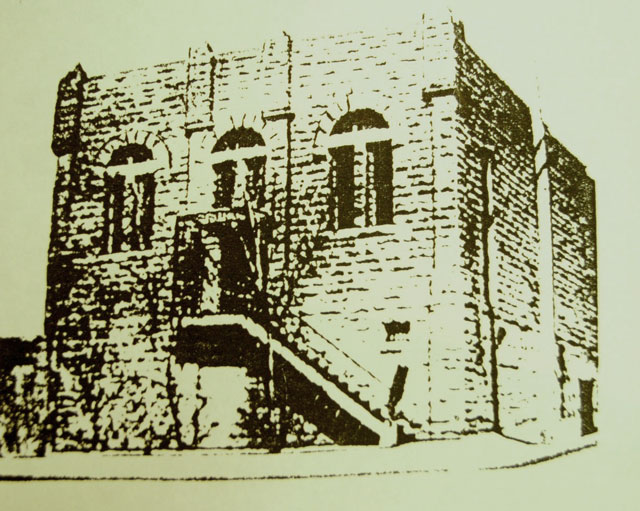 The old and original structure, constructed with 18-inch thick walls of dark limestone and brick, fifteen years before Oklahoma even became a state.

The supposed inescapable jail built in 1892 was the first Federal Prison in the Midwest of the United States.

This building located at the intersection of 2nd Street and Noble Avenue, received its infamous name, from inmates.

The Black jail could house ninety prisoners in its two-story building. With a complete basement that held the solitary confinement.

The material used for in the construction offered no insulation from Midwest weather.

In the summer inmates suffered from dehydration because of the oven heat sensation.

While in winter a damp and cold sensation made prisoners have the flu and respiratory infections. 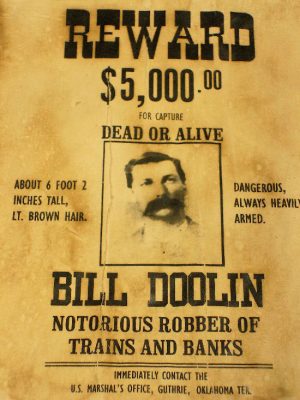 The Black jail could house ninety prisoners in its two-story building. With a complete basement that held the solitary confinement.

Among the prisoners, the most known in American history as the Dalton Gang and Bill Doolin.

The Dalton Gang was also known as The Dalton Brothers because three of its members were brothers, Gratton “Grat,” Bob, and Emmett.

Doolin was the founder of the Wild Bunch; gang specialized in robbing banks, trains, and stagecoaches.

Bill Doolin was among the 14 inmates that escaped on July 5, 1896. But on August 24, Deputy U.S. Marshal Heck Thomas killed Doolin and had his body buried in Guthrie.

From Black Jail to the Nazarene Church

Still, before Oklahoma became a state, the Black Jail closed and the remaining inmates transferred to another federal prison.

The building that was one of the most feared federal prisons of the United States abandoned for a while.

But soon the Nazarene Church bought the property and started renovating the building to accommodate its congregation members, to become one of the most prosperous churches from the area.

The Nazarene Church occupied the old prison until the early 1970s when the congregation moved to another location. 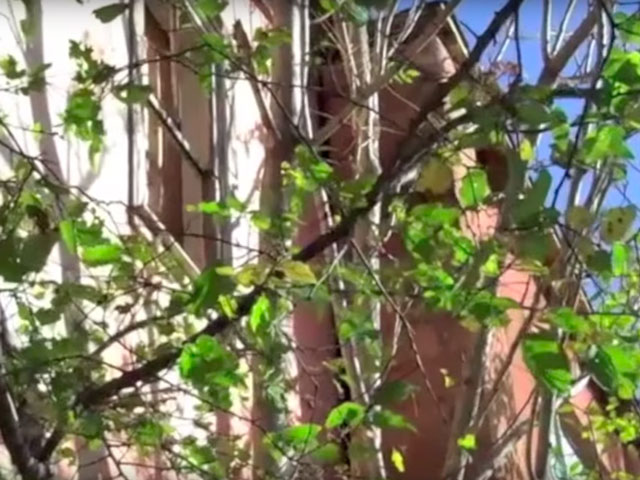 For many years the Black Jail building remained abandoned.

In 1991 a New Age group practitioners known as the Samaritans bought the old territorial prison.

The leader of the Samaritan Foundation, Linda Greene, signed the cult literature where she cautions believers not to talk on the telephone because vampires can gain access to them.

It referred to zombies, vampires and the Antichrist.

Greene also claimed in her writings that she was the Christ because she “willingly gave her soul so that all of yours could survive.”

All that only came to public in 1993 thanks to a court parenting battle.

When a mother under the influence of the Samaritan Foundation took her two children one at the age of seven and the other four years old from Massachusetts to Guthrie, Oklahoma against the father’s consent.

The father testified in court that the mother of the children presented a change of behavior after being touch with the teaching from the Samaritan Foundation.

She would place a circular drawing under groceries because the Samaritan Foundation’s writings said the bar code, was evil. She also the same drawing under the children’s pillows.

The court ruled in favor of the father, who took his children back to Massachusetts.

By the end of the same year, Department of Human Services had condemned the Samaritan Cult House.

“There appeared to be about 14 or 15 children staying in the building,” Officer Rex Smith said about the makeshift orphanage.

The End of the Samaritan Cult House

By 1994, with the exposure of the Samaritan Foundation members decreased from 350 worldwide to 4, Linda Greene, her friend Julia Williams, her fourth husband, Denis Greene, and her fifth husband, Allen Ross. 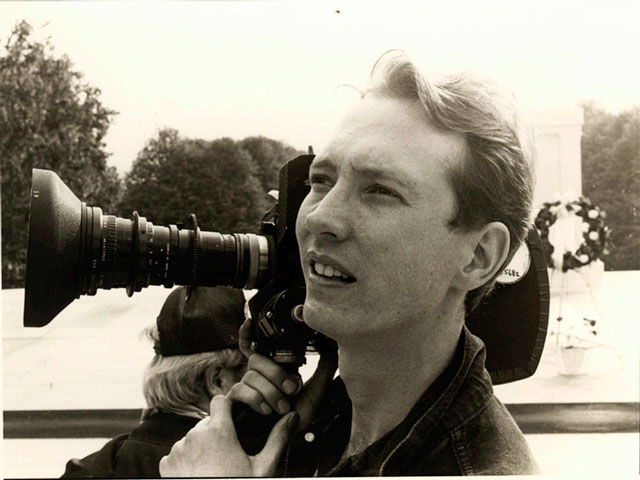 In December, the Cheyenne police received a phone call from Denis Greene, who said Linda killed Ross and buried him in the crawl space under their house, with Julia Williams help.

On the other hand, Linda Greene sent faxes to Guthrie’s police claiming that her ex-husband Denis killed Allen.

Meanwhile, the Ross family hired private investigators, and they consulted a couple of psychics.

Both psychics, in separated occasions, claimed Allen was alive in Texas.

The first said he had suffered a mental breakdown;

The second was attesting he had a trauma or that he had been hit in the head.

Both stated that Ross did not want to be found.

But investigators years later found the body exactly where both Denis and Linda Greene told police it was buried.

An autopsy determined that Allen received two shots, one in the head  with a 9mm and castrated.

In 2001, Christian Bauer released the documentary, “Missing Allen” and in the MSNBC investigative report “Searching for Allen.”

The following year, in Berryville, Arkansas, Linda Greene died at the age of 50 of liver failure. According to her family, she drank excessively to stop the voices in her head.

Julia Williams was sentenced to two years in prison, found guilty of being an accessory after the fact to murder, by helping to bury the body.

It’s unknown the type of rituals that was made by this group inside of the Samaritan Cult House.

The Paranormal Activity at the Black Jail 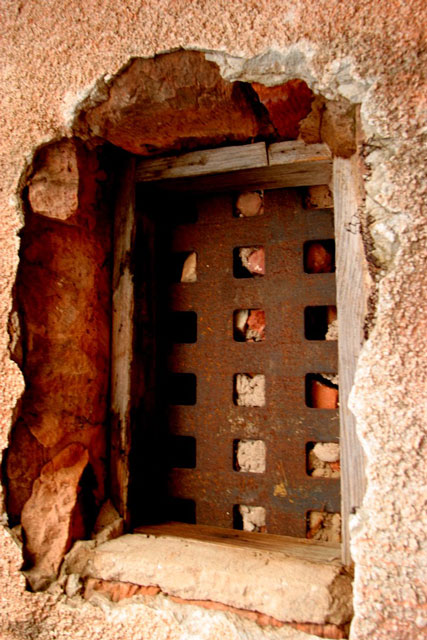 Disembodied voices are heard on the first floor, in the basement area, and in the hallways.

The sound of metal doors slamming shut, regardless of the fact that all but one metal door remains to this day.

Reports that inside the old cells there were sounds of coughing heard occasionally.

Also, the sounds of children playing outside the Black Jail have been overheard, no connection with the children from the community, church or the Samaritan Cult House.

A female was wearing a long printed dress and a large hat with white gloves believed to be a member of the Nazarene Church.

A young woman’s voice is heard singing on the ground floor near the main entrance.

Her ghost appears on occasion, at dusk, outside of the prison walking the grounds and trying to cross the street of Noble Avenue walking toward the main entrance.

James Phillips the most Notorious Ghost from Black Jail

The most active ghost from Black Jail is witnessed by several people appearing at his old cell window looking towards across the street.

The paranormal researcher believes the name of the ghost is James Phillips.

According to the State Capital News Paper and prison records, Phillips murdered a local man. In consequence, he was the first white man sentenced to be hanged at the jail in the summer of 1907.

Reported by guards, while watching the construction of the gallows he was going to be hung later that same day from his old cell windows, Phillips collapsed on his bed.

Coroners determined that the inmate’s heart failure, “He die of fright.”

But it appears his ghost has no rest.

Shortly after his death, guards, prisoners, and other witnesses, since then, claim to hear footsteps within his cell and along the hallway that leads to it.

The sound of a man sobbing is also heard coming from Phillip’s cell. 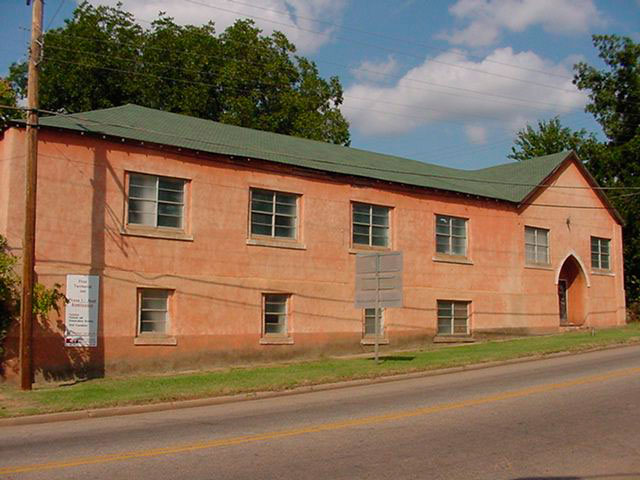 Abandoned since the Samaritan Foundation left, the Black Jail today only attract Paranormal Investigators curious to catch a paranormal evidence from the other side.