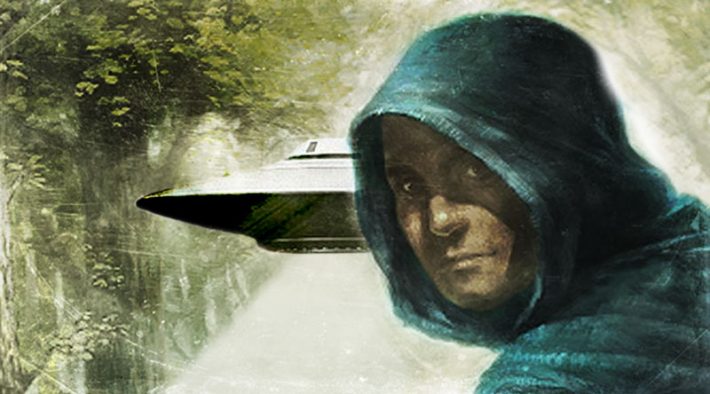 Turíbio Pereira never imagined that he would be surprised by three visitors in a UFO. The incident happened the same year and town of The Maria Cintra Incident.

Tractor driver Turíbio Pereira, on the early morning of October 2, 1968, while examining the differential oil of his bulldozer, noticed an object on the other side, between the tractor and a ravine.

The bulldozer parked in the top part of the ravine while the object floated below.

Consequently, Turíbio saw the object from above.

Turíbio Pereira Description from the UFO

The dome was approximately one meter (3 feet) below the tractor’s wheels and about eight meters (24 feet) away. 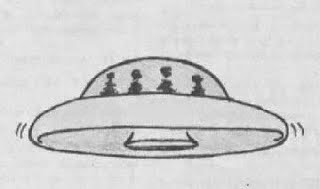 The UFO was about 25 centimeters (10 inches) from the ground.

It had an oval structure with a golden color. The object had a kind of platform around it, and at the top, it had an opened transparent dome.

The object looked like a Volkswagen Karmann Ghia, with a crew member inside, sitting in the right backseat, tapping on a small white keyboard (like a piano), nothing Turíbio had ever seen.

The device had the size of a portable radio.

Turíbio Pereira observed three other crewmen squatting on a platform.

One crew observed the bulldozer. Another was harvesting soil with a small white bowl (like plaster) in the shape of a shell.

The third appeared to supervise his two companions.

Turíbio observed that the four beings were very similar to each other. They were more alike to each other than Turíbio’s own twin daughters.

They had the same type of clothing, a blue tunic covering the head and body with a kind of red skirt. On the feet, sandals, with straps wrapped around the leg up to near the knee like romans.

They had similar human beings structure. 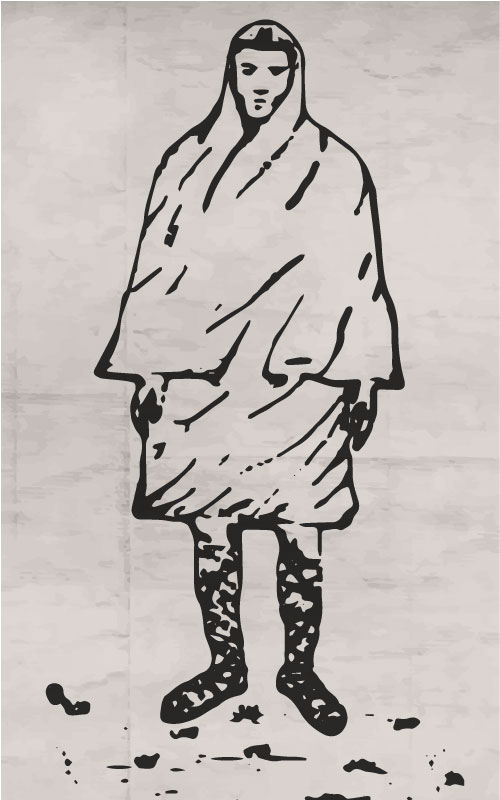 Another Closed Encounter of the Third Kind in Lins

When they saw Turíbio, all three stood up.

The “supervisor” took an instrument from his sleeve and wielded it with his right hand. This instrument appeared to be light and golden in the shape of an electric drill.

He pointed it at Turíbio, who became paralyzed by flashes. Turíbio immediately felt severe pain in his abdomen. He was completely paralyzed but still conscious of his surroundings.

The beings slowly entered the object and occupied the stools.

The platform retracted into the object and the transparent dome closed above the four beings. Slowly the UFO took off without any noise, increased its speed to disappear in a few seconds.

Turíbio requested help on the road and was taken to the City Hall by the truck driver Ismael. Turíbio was extremely weak and tired. He had huge dark circles and was completely pale. He was traumatized by what had happened. 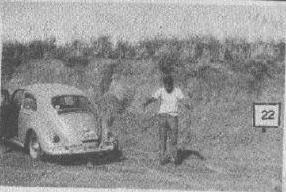 After a short recovery, they took Turibio home. There he had several mental breakdowns, crying.

Over the 18 days following the episode, Turíbio lost a lot of weight, losing 13 kg (28 lbs), which he attributed to a lack of appetite.

The day after the Turíbio Pereira Incident

The day after Turíbio’s immediate contact, on October 3. A similar object was seen by businessman Milton Mioto, residing in Guapiranga, district of Lins.

Mioto, when going out at night with his wife Nair Bisiak Mioto, was surprised by a luminous semicircle. Thinking it was a moving star, he did not give much importance to the fact.

However, around 8:30 pm, he found that it was not a star but another type of object that chased the vehicle on the road that connects Guapiranga to Lins.

Nervous, Mioto tried to park the car when he found two of his friends, who also came to see the UFO.

At 4:00 am on October 4, the same object was seen by reporter José Duarte.

He called the director of Rádio Alvorada and some photographers who were there to witness the UFO.

Unfortunately, the object had already disappeared. The event occurred in the vicinity of Estrada do Sabino, in Lins. 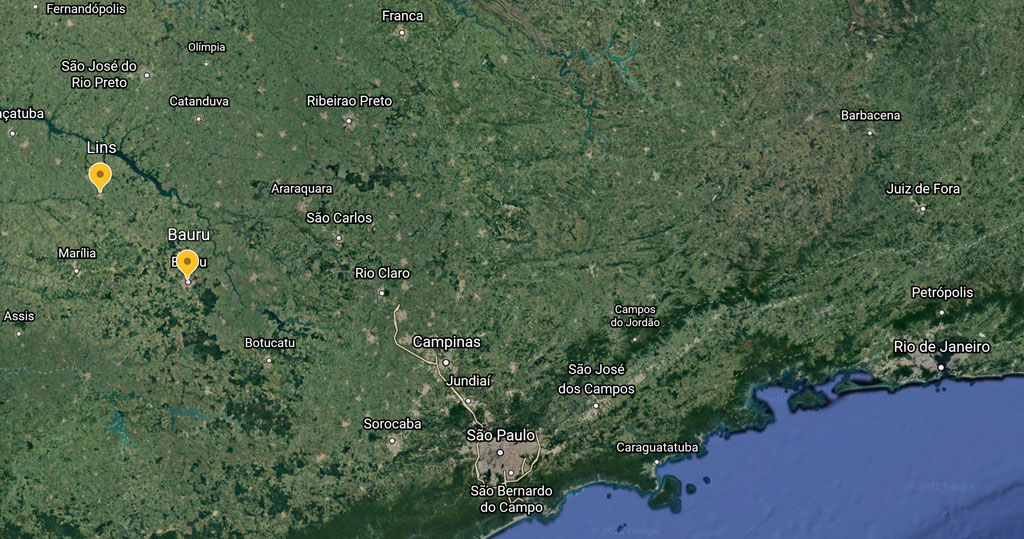