Skip to content
Loading...
Strange News
Tiago Machado Incident – Everything You Need to Know About
The 1966 Ufonauts in Quipapa
1970 Avenida Niemeyer UFO Incident – A Strange Splashdown
UFO Lands in Itaperuna in 1971
Was Atlantis Finally Found?
Curitiba UFO Waves – Why So Many for Such longtime?
The 1947 Villa Santina Incident
What No One Tells You About the Alfredo’s Abduction in 1953
Do you know who is Captain Bee?
The Truth About What is the Betz Mystery Sphere?
True CrimesUrban legend 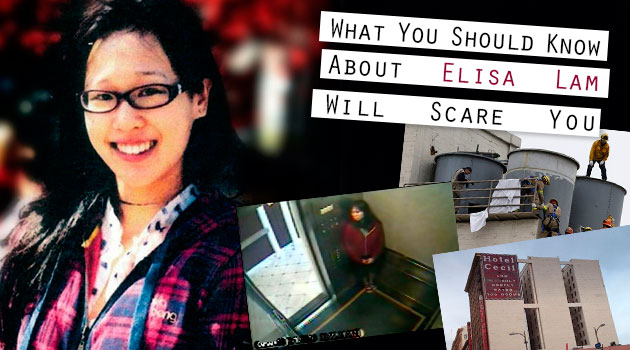 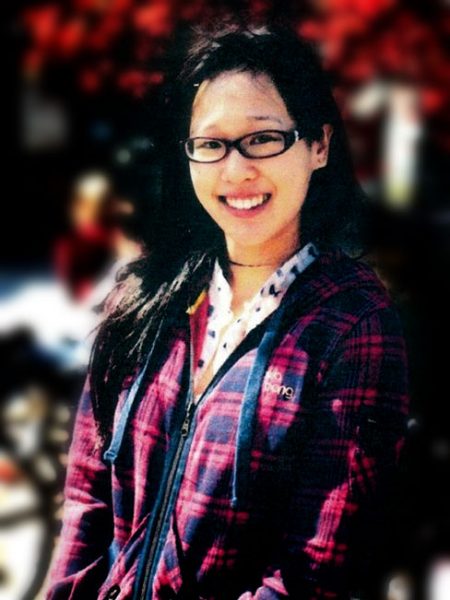 Elisa Lam was 21-year-old Canadian when she disappeared in late January 2013 in Los Angeles, California.

Cecil Hotel’s maintenance crew found the body of Canadian student inside a water tower after guests complained the watercolor and taste.the events that drove Elisa Lam to her death and the ones after the death

If that ain’t creepy enough for you, the activities that turned Elisa Lam to her death and the ones follow it will definably disturb your thoughts.

Who was Elisa Lam

Also known by her Cantonese name, Lam Ho Yi, she was a student at the University of British Columbia in Vancouver.

She traveled alone to the United States after stopping by in San Diego, planning to go to Santa Cruz as her final destination.

Elisa posted photos while in the San Diego Zoo, on social media.

On January 28, she check-in into the Cecil Hotel,  near the infamous downtown’s Skid Row, in Los Angeles.

Traveling on budged Elisa Lam through the cheap hotel was a good choice.

Police dogs searched through the hotel for Lam, even on the roof, shortly after her disappearance. However, nothing was found. 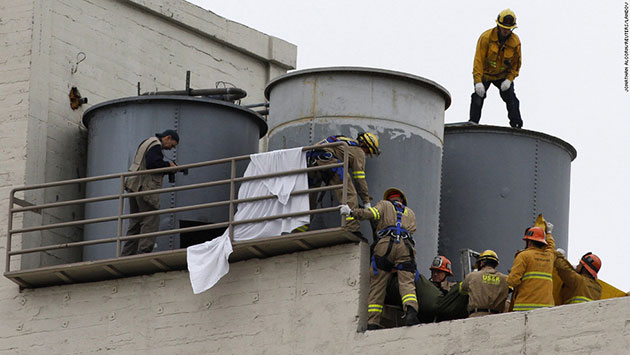 About 2-3 weeks later guests and staff member complained about the taste and color of the water.

Maintenance crew checks one of the water towers to find a human body inside.

Inside the Elisa Lam’s body, lifeless, her decomposed body was found 19 days later after he disappeared.

Although police say it was “accidental drowning” and that she was “probably bipolar,” many questions remain unanswered.

LA Police Department provided a video of Lam in the Cecil hotel elevator.

The clip released had the intention to present to the public how physically Elisa Lam was. However, her disturbing mental behaving caught the attention.

The Video Released by the Police

Upon analyses only the video we can notice two points: 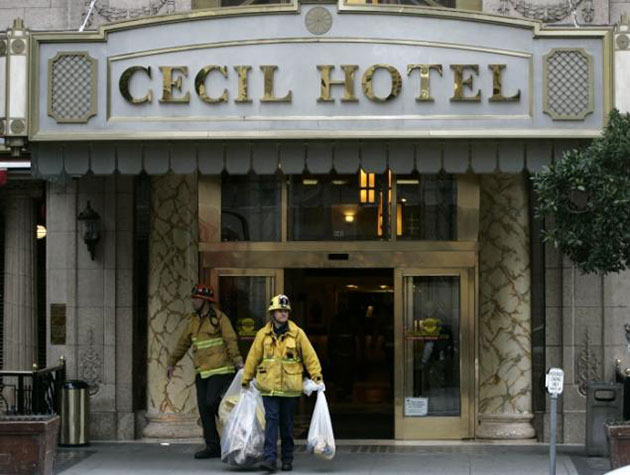 How did she go into the water tower?

Who closed the water tower’s hatch?

Since the police released at wong speed, it is possible to understand why the doors didn’t close as expected.

Elisa’s behavior in the elevator is bizarre, drubs perhaps.

However, the coroner results presented some metabolites and traces of her prescription medication were found, consistent with blister packs and loose pills of those drugs found among her belongings.

Along with some nonprescription medicines such as Sinutab and Ibuprofen.

With only 0.02 g% alcohol trace but no other recreational drugs were found in her system.

She entered the elevator without her glasses, and could it lead to her pressing the wrong buttons?

The hotel has a door that can only be accessed by employees.

The Cecil Hotel’s fire escape could have allowed Lan to bypass the hotel’s security measures.

The coroner reported that the body was found naked in the tank, about half to three-quarters full, with the clothes floating alongside her, coated with a “sand-like particulate.” That included her watch and room key.

How did she go into the water tank?

A Chinese tv crew investigated the Elisa Lan case and found a ladder leading to the top of a surface from which can easily enter inside the cisterns. There were even two hatches open. 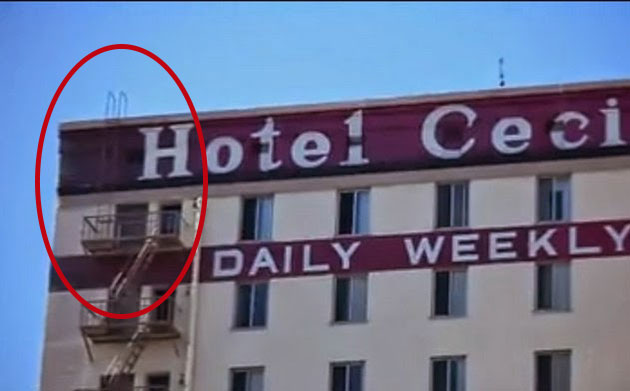 Who closed the water tank’s shaft?

That is another one of the mysteries. The words “Fecto Cunt Her Suma” found on the water tank next to where her body was inside. The Latin words translate into “In fact, she was a cunt.”

During the unofficial investigation by family, friends and curious, Elisa Lam’s Tumblr (http://nouvelle-nouveau.tumblr.com)  caught a lot of attention.

The possibility of a connection to a man named Josh Macedo aka “confused tree.”

On Lam’s Tumblr page, a sort of fashion commercial shots, design, animated gifs, motivational sentences, but, there is only one personalized video of a young man wearing a green sweater, his name, Macedo.

On this particular video Macedo dances in similar eerie movements to what Elisa in Hotel’s video.

During further investigation, supposedly, Elisa met Macedo in Canada, or at least an online connection.

The possibility that her stop at the Cecil Hotel was to meet a friend.

The Tuberculosis Outbreak on Skid Row 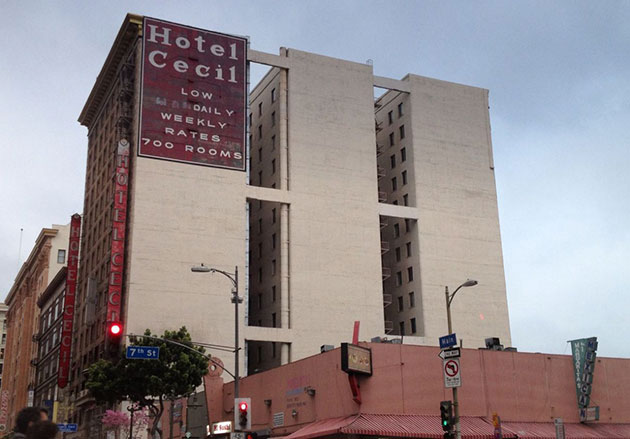 The recently re-branded, Stay On Main Hotel in downtown Los Angeles, is an icon of the town and the paranormal world.

The Skid Row neighborhood added to the mix. The place is known for its drug dealers, robbers and all sort of outlaws.

To make matters worse, soon after the discovery of Elisa Lam’s body, a deadly outbreak of tuberculosis took place in the area.

As the situation was already strange, the name of the test kit used in these types of cases is LAM-ELISA or Enzyme-Linked ImmunoSorbent Assay. Coincidence?

Aside all of that a young life was lost, a family is suffering, please reserve a minute of your day to pray for Elisa Lam.