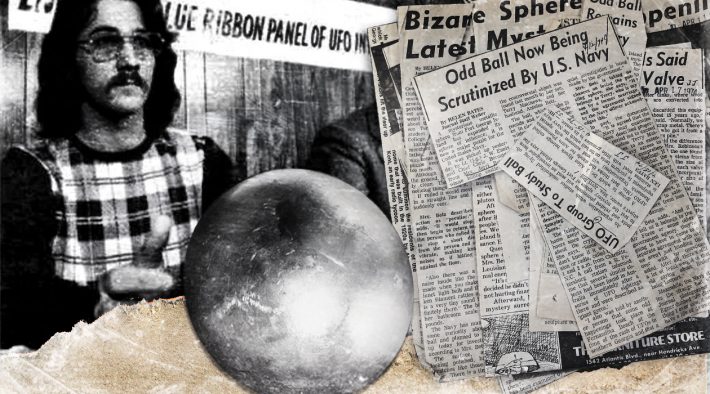 The Betz Mystery Sphere is how a metal ball with about 8 inches of diameter and weighing 22 pounds became to be known, sparking UFO controversy.

While investigating the damage caused by a fire on their property, members of the Betz family found a perfect metal sphere measuring approximately 20 cm and took it home. Soon, they discovered that the object appeared to have a life of its own and appeared to “vibrate” and “move.”

What is the Betz Mystery Sphere?

On April 6, 1974, the Betz family, Mr. Antoine Betz, a naval engineer, Ms. Gerri Betz, and her son Terry Mathew Betz, 21, a medical student, went to inspect the damage to their property by wildfire.

It raged through an 88-hectare swampy forest on Fort George Island, east of Jacksonville, Florida.

While wandering in search of the cause of the fire, they came across a metallic sphere approximately 20 cm in diameter and, finding the object curious, took it home. 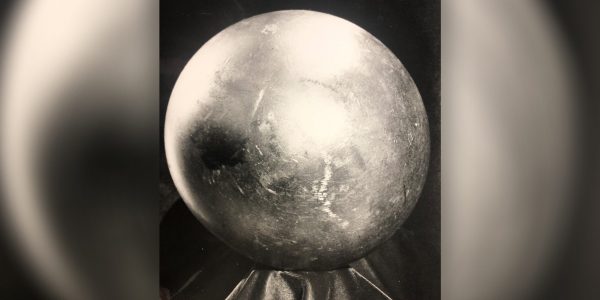 The trio even considered the possibility that this object had caused the fire they were investigating. Still, the artifact showed no sign of being in contact with high temperatures, as the metal seemed strangely shiny.

The object ended up placed in the young student’s room and forgotten.

Theresa Fraser visited Terry, and Terry played his guitar. When Terry played a particular musical sequence, the sphere found in the forest altered and began to vibrate. At the same time, he made a pulsating sound, which seemed to be “responding” to the guitar chord. Scared, the two called Terry’s parents.

The sphere resumed the pulsating sound whenever he played the same chord.

Days later, the family discovered that when the metal ball rolled across the floor, like a bowling ball, it could change trajectory as many times as “it wanted.”

Then return to its point of origin. 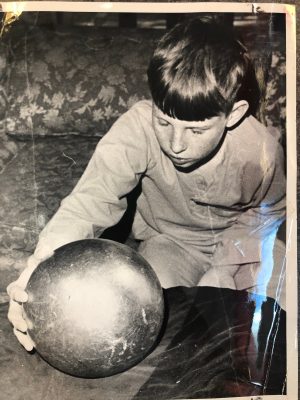 The Betz kept trying to figure out what else the sphere did, and among the discoveries are:

But soon, they started to get scared, as the sphere began jumping and walking by itself, in addition to making the house’s doors close out of nowhere and an organ-like sound was heard throughout the house. They then decided to go after the media to see if they had an answer.

The first newspaper to publish about the sphere was the St. Petersburg Times, on April 12, 1974, less than a week after the sphere’s discovery.

The photographer, Lou Egner, said he was skeptical, but he changed his mind when the Betz showed the ball walking alone.

The family requested the US Navy’s help, answering, “The United States government did not own the ball.”

After that report, other journalists went to the Betz house on Fort George Island to witness the sphere.

So many people began to bother the Betz family.

What is inside the Betz Mystery Sphere?

On April 13, 1974, a representative of a Louisiana research company known as the “Omega Minus One Institute,” based in Baton Rouge, Dr. Carl Willson, examined the sphere for over 6 hours and made discoveries:

In the end, the results of the “Omega Minus One Institute” on the mystery sphere’s identity didn’t advance the mystery as much as the Navy exams.

Between April 20 and 21, 1974, the National Enquirer’s UFO Blue Ribbon Panel meeting took place, which renowned scientists attended, and Terry Betz took the sphere in the hope that scientists would make discoveries and the possibility of winning a grand prize. 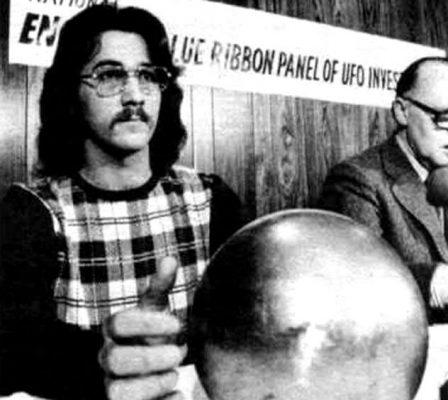 The event offered a $50,000 prize to anyone who could prove they owned any object of alien origin.

The sphere was the center of attention and subjected to yet another battery of tests.

All tests confirmed the initial conclusions, including that the object did appear to act as an audio transponder.

The original photocopy of the first Betz Sphere X-ray

The two inner spheres were much heavier than anything known to science. And that included a dense element produced in an atomic reactor here on Earth, which was uranium 238. If you try to pierce the sphere, it could explode like an atomic bomb.

Upon Dr. Harder’s revelation, the Betz withdrew from the media, and as mysteriously as it appeared, the sphere disappeared without a trace.

No one ever discovered what the sphere was, who had made it, or how, much less what it was for or how it operated.

Who is the owner of the Betz Mystery Sphere?

James Durling Jones was a fine artist who said the ball was intended (as a pendulum) and other similar stainless steel balls for a sculpture he made in 1971. During transport, one of the balls fell from the ceiling of his car, an old Volkswagen station wagon. It would be this sphere that the Betz family found in the middle of the burned forest.

The sphere’s mysterious properties were a curious set of coincidences and misunderstandings. The metal globe would have vibrated by resonance.

The scroll mysteriously on the ground was attributed to the uneven floor of the Betz family home. The sounds of the sphere would come from small filings trapped inside it trapped during the manufacturing process.

But his story has two problems:
– he said that all of his spheres had been drilled and then welded, but examinations on the Betz sphere did not indicate any welds or surface punctures.
– refused to name the company that manufactured the spheres, which could have settled the whole thing in one fell swoop, as it said they got it through “illegal activities.”
Despite all these inconsistencies, many people believed the story.

The Palm Beach Post reported on April 18, 1974, that Lottie Robinson recognized the ball from newspaper images. He said that ball was in her garage for 15 years. 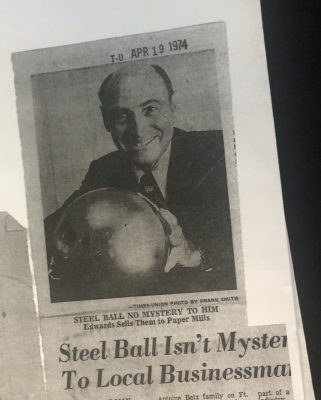 Technicians at the St. Regis paper mill identified it as a ball valve from some of the oversized tubes used in their mill dismantled 15 years earlier.

Somehow, the ball had ended up in the hands of a scrap metal dealer his son had bought and dumped in his garage.

Investigations showed that the paper mill used similar metal spheres, but the dimensions, despite similarities, were neither identical nor in weight to the Betz sphere.