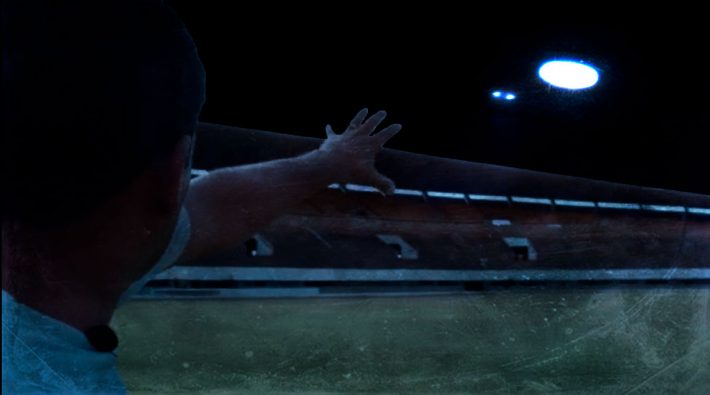 In the Morenão UFO Incident, on March 6, 1982, a mysterious event occurred in the stadium, astounding the fans watching the local team Operário compete for the Brazilian Championship against Vasco da Gama.

Strange lights hovered over Moreno Stadium for about 5 seconds, in an alleged UFO apparition seen by players, journalists, and fans.

Even though the stadium had approximately 24.575 paying spectators watching the normal game, it is considered one of the world’s largest collective UFO sightings.

The episode continues to pique people’s interests and divide them. Let’s go over some specifics. 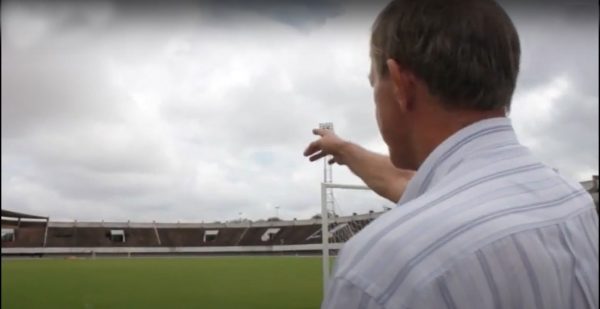 The Phenomenon began. During the first half of the game, go towards gate 32 of the Estadio, which is below the scoreboard. The UFO he passed to the other side emitted a bright light, but despite drawing attention, it did not frighten the witnesses.

The object flew over the covered bleachers, which housed the television cameras and game narrators.

It did not appear to be a rocket, balloon, fireworks, or even a meteor to witnesses because it did not have a falling trajectory. After passing through the stadium, the UFO gained speed and altitude.
A plane had lights that were different shapes and flashing, as well as being smaller than those seen. Apart from the lack of a strong engine sound. The UFO remained silent.

The UAP passed over the stands for about five seconds, emitting strong lights and remaining completely silent, without being photographed or filmed.

Professor Ascanio Bottini, now 57, was among those present for Moreno. From his vantage point, the UFO appeared to have four tubes, two above and two below, running in parallel. A bright light at each end.

At an unfathomable speed and vanished when it left the field of vision.

After the object was removed, some of the witnesses reported a “rain of flakes.” UFO researchers believe it was “angel hair,” a rumored subtle material originating from the sublimation effect of certain aircraft’s fuel in response to air.

The next day, Correio do Estado reporter Paulo Nonato de Souza described the scene that still fascinates fans and players who witnessed the UFO. 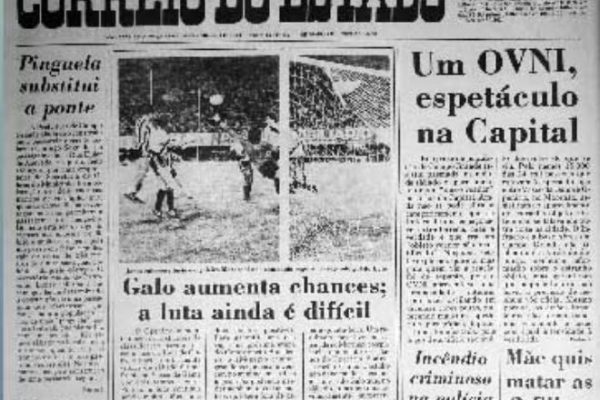 “It’s a flying saucer! Many people exclaimed this phrase in Campo Grande on Saturday, around 8:30 p.m., when a beam of light – oscillating in blue, lime green, red, and yellow colors – cut through part of the dark sky of the Capital at a supersonic speed.”

“In 1982, there was no adequate technology to reproduce something similar,” Paulo Nonato de Souza says today.

The Only Document – Morenão UFO Incident

The most popular publication of the national sport at the time, “Placar,” recorded the event, stamping the cover with the headline, “The day a flying saucer landed on the field.”

According to Sérgio Ruiz Luz of “Placar,” “an unidentified object appeared in the sky of Campo Grande, Mato Grosso do Sul, during the match Operário x Vasco da Gama.”

It was a ball of fire with a large beam of light emanating from it. The city and the people who witnessed the phenomenon have never been the same since.”

Until today, the records published by the Correio do Estado serve as a resource for researchers looking into extraterrestrial life.

The documentary “What was that?” aired in 2014, and featured an hour-long interview with fans, journalists, Moreno employees, and former players who witnessed the UFO on March 6, 1982.

Kleomar Carneiro, 27, one of the project’s directors, says the idea of rescuing history came up in college, during the Journalism course, and that four other colleagues were involved in the video’s production.

“This story had spread like wildfire, and it sounded like an urban legend. That day, I believe there was something in the sky. We are convinced of this when we hear several people who have never met reporting the same thing – he said.”

The stadium is named after Pedro Pedrossian, the then-Governor of Mato Grosso at the time of UFMS’s establishment (UEMT-1971). 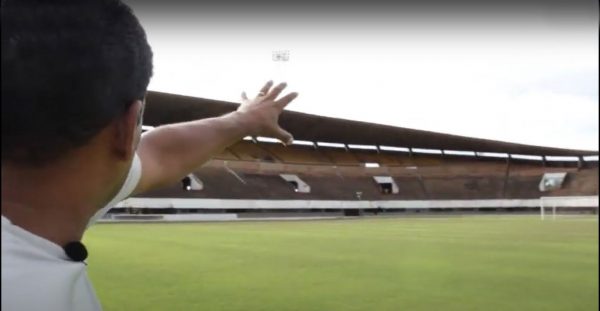 “Because it was at night and not in the afternoon, you could see the magnitude of the luminosity, the light. Because it was night, the light beam had a greater amplitude. passed “, said former Operário’s player, Luiz Edmundo Lucas Corrêa, aka Cocada.

Not everyone in the crowd of about 24,000 people noticed the UFO hovering over the stadium.

“I was on the field, but I honestly didn’t see anything. It was unnoticed and insignificant. There was a comment, but I didn’t follow up on it “, according to Rondinelli, a former Vasco defender.

Valdenir Rezende, a professional photographer who still works for the newspaper, accompanied the match and was in charge of recording the game. However, on March 6, the photojournalist was not fortunate enough to capture such a flash in the sky.

“I was present, but I saw nothing. Everyone commented, but I missed it”

An intriguing aspect of this case is that similar objects were seen in other cities and countries throughout South America on the same night. The Brazilian Air Force never confirmed the incident, but it also never denied any further information about it.

The UFO was discoidal in shape, according to reports from people outside the stadium, and those outside the stadium heard a buzz accompanied by a flash and heat emitted by the object. When ufologists investigated the incident and concluded that a spacecraft had flown over the stadium, the case received a lot of media attention at the time.

According to bank clerk Francisco Serafim de Barros, the object passed over his house and caused the leaves of nearby trees to wither.

People began to pay more attention to the phenomenon after the flying saucer game, as the case became known in the city, making not only Campo Grande, but the entire state of Mato Grosso do Sul, one of the areas with the highest number of UFO sightings in the world.

A dark and paranormal side

The stadium was closed down by the Public Ministry in 2014 due to inadequate infrastructure, primarily because of the uneven field and boulders. Unexpectedly, a high number of suicide attempts occurred, prompting UFMS to install surveillance cameras to detect suspicious activity.

Operário defeated Vasco 2-0 in the second round of the Brazilian Championship that night. At Moreno, striker Jones scored both goals. Both teams advanced to the third stage but were eliminated in the knockout round. The Operario finished 13th, and the Vasco da Gama finished 10th.