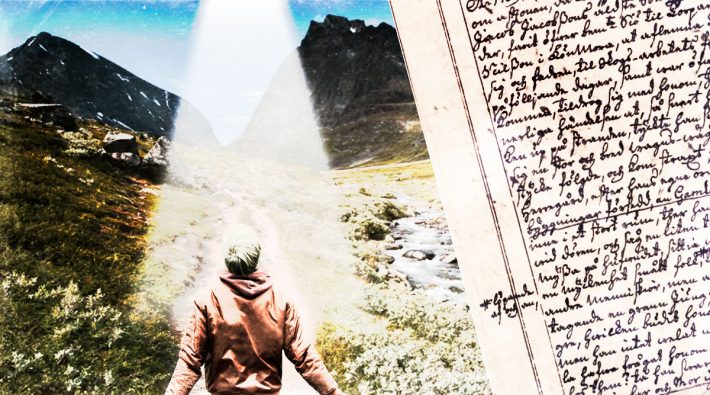 An 18th Century Alien Abduction in September 1759, an incredible event occurred in Ramsberg, a remote region of southern Sweden.

A 22-year-old man named Jacob, the son of a farmer from Sweden, vanished while crossing a lake in the Lonmora region.

After 4 days of intense searching, the young man was discovered.

Not only did he really have no memory of his time away from home, but he also claimed to have found himself in another place, surrounded by men of small stature and unusual appearance.

The complete and detailed account was saved by a parish priest of the Church of Ramsberg, named Vigelius.

His handwritten registers are still preserved today and can be consulted in the archives of the Uppsala Library in Sweden. 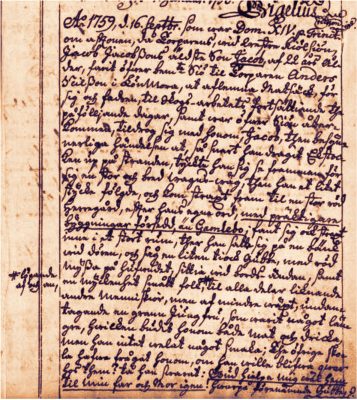 “On the evening of September 16, 1759, the eldest son of the farmer Jacob Jacobsson, named Jacob, aged 22, had crossed Lake Vastra Kiolsjon to go to Anders Nilson’s home in Lonmora, to deliver food for him and his father for the next day of work in the woods.

After crossing back to the lake, as soon as he had pulled the boat to the shore, something strange happened to him.

A wide road suddenly appeared in front of him.

He followed it until he reached a large red room, with buildings larger than ‘Gamlebo.’

Suddenly he found himself sitting on a bench by the door of a huge room.

He saw a little chubby little man with a red cap on his head, who was sitting on the other side of a table, and a crowd of other little men running back and forth.

They were in all respects similar to men but of shorter stature.

Among them, there was also an elegant and good-looking lady, taller than the others, who offered him food and drink.

The boy politely refused, saying:
‘No, thanks.’

The little men then asked him if he wanted to stay with them but he replied
‘God, please, let me go home to my father and my mother!’

At that point, the little man in the red cap said:
‘Get him out, he has a horrible mouth!’

In that same instant, he found himself on the shore of the lake, and from there he returned home.

When his relatives saw him they welcomed him full of joy.

They were indeed very worried, together with their neighbors, they had looked for him everywhere in the woods and on the lake.

In fact, four days had passed since he had disappeared.

When he finally returned home on Thursday evening, he had not eaten or rested for four days, yet he showed no signs of appetite or thirst.

He was also convinced that he had only been missing from home for a few hours.

The following day everything was back to normal, except for a strange sensation he felt in his body and head.

Jacob gave this testimony in my presence and in the presence of his family on St. Michael’s Day in the year 1759.

I’d like to add that this boy has a simple, devoted, and very kind character. He is well-liked by all and is known to spend his free time reading and contemplating the Lord’s words.”

More information about The Ramsberg manuscripts