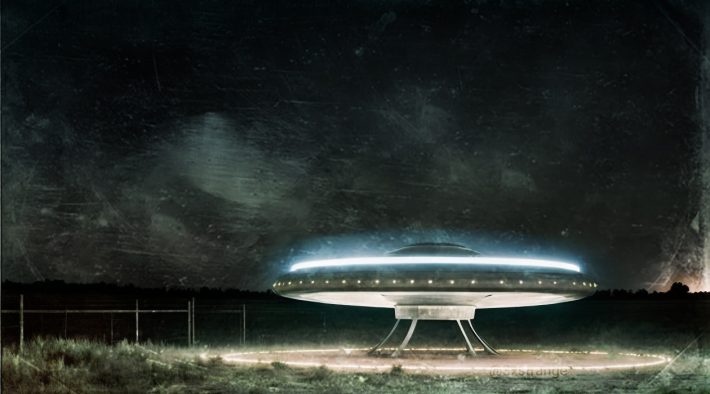 Mr. Manuel da Silva e Souza is the administrator of an airfield in Itaperuna, where he has a building with a lounge and bar, as well as the house where he lives.

The field’s location provides excellent visibility and a panoramic view of the entire city.

Mr. Manuel was cleaning and lubricating his shotgun on the evening of December 20, 1971, when he noticed a strong light approaching.

Thinking it was a plane about to land, he closed the gate and left through the back door, walking about 15 meters.

Then, he realized, at a distance of about 100 meters, already landed on the ground in the direction Southeast, a strange aircraft, round or oval, transparent entirely illuminated by a strong bluish light.

Curious, he crossed the road, approaching a little more, until he reached a fence.

He was then, 50 meters from the UFO, which had a height of 2.50 m and was taller than it was wide, with a slightly pronounced “beak” at the front.

A small man, about three feet tall, with a bare head and greenish clothes stood beside it.

The little one took a turn around the apparatus and stopped suddenly as if sensing the presence of Mr. Manuel.

He and the crew remained motionless, staring at each other, for 3 or 4 minutes.

Then the little man turned his back and soared into the air, levitating past the craft.

Then he came to a halt directly on top of the dome and dropped through an opening as if sinking into a swimming pool.

The object’s transparency allowed the observer to see two more people, both seated and apparently looking in their direction.

He didn’t notice what the crew member did after entering the UFO, but he did notice that the two others put their hands on something beside him and the craft took off, flying in the same direction it had come from, disappearing behind some distant hills.

Itaperuna is a hot spot for UFO incidents in Brazil. UFO lands, sightings, and Alien Abductions.

The Benedito Miranda Abduction occurred also in 1971, when a truck driver from Itaperuna, Rio de Janeiro, was kidnapped.

His abduction occurs during an intense UFO activity in the Itaperuna region.

Where is located in Itaperuna? 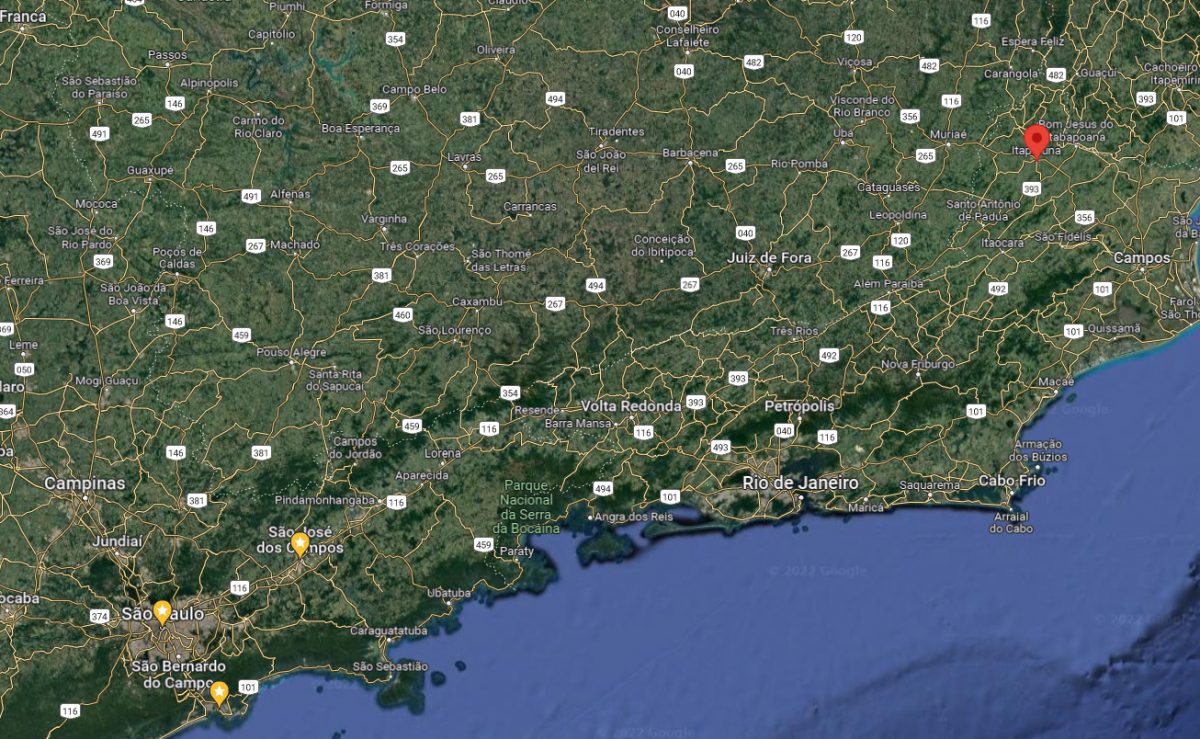 Itaperuna is a municipality in the northwest of the Brazilian state of Rio de Janeiro. It is approximately 300 kilometers from the capital.

The Muriaé River flows into the Paraiba do Sul river near Campos dos Goytacazes in Rio de Janeiro from the municipality of Mira in the Zona da Mata Mineira.