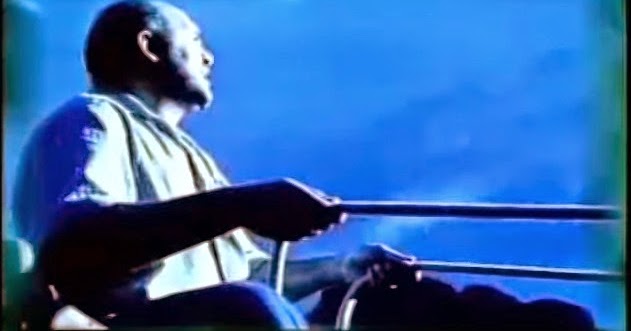 Terrible events can be hidden behind UFO encounters. Luis Fernandes Barroso became the real Benjamin Button after an incident with aliens in 1976.

Days after Mr. Barroso encounter a UFO, he presented a strange mental dementia, as a young child, also his skin rejuvenated gradually, attested by experts in various fields of medicine, his case remained a mystery. 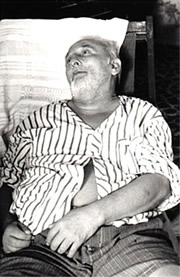 In the early hours of that April 3, 1976, changed the life of many residents of Quixadá, Ceará.

About 4:30 am a group of military cadets were beginning physical exercises when they saw a large flying object with a bright light and completely silent.

At first, they thought it could be a device launched from a military base, known by launching satellites, some miles away or a weather balloon possible reflecting the sun, but it didn’t have risen yet.

Others witnessed the presence of a UFO on Quixadá’s sky.

On their way to school, Francisca Rosete da Silva, 23, and her brother Antonio Leudo da Silva, 12 saw an intense floating light, in the woods.

From the object came a straight flash of light that struck Francisca’s face. She started to feel dizzy and decided to return home with the brother’s help.

Soon after entering the house she passes out.

Her father Antonio Fernandes da Silva rushed her to the local hospital where a nurse practitioner checks on the girl.

The analyses presented that the young lady had swollen eyes and had several bruises on her body and scratches, possibly produced by plants from the region.

“swollen eyes, as if they have been exposed to extreme heat”

While her brother Antonio did have no physical traumas, he was extremely nervous and scary.

“What I saw, I did not want to see ever again. It was not a plane, helicopter or another known thing. It was strange and threatening.”

On April 3, 1976, the farmer, Luis Fernandes Barroso, left his house to check on his farm, a practice that he used to do once a week.

His farm was located a few miles from the city so he got in his wagon, said goodbye to his wife in the early morning darkness.

After a while, Barroso heard something like a swarm of bees, he looks around but saw nothing. The buzzing sound didn’t stop and suddenly a UFO of about 9 feet (3 meters) in diameter was right above him.

Barroso stopped the horse to have a better look to the object that was floating down very slowly to about 90 feet (or 30 meters) away in front of him.

The horse got scared, and a bright light was focused on him and the animal and both became paralyzed.

From the object two small beings came out, one of them was holding something similar to a flashlight that he aimed and shoot a beam of light that hit Luis Barroso on his face, that immediately lost consciousness.

When he woke up he realized that he was far away from the point he encounters the UFO.

Barroso had a severe headache with difficulty to breath, dizzy and feeling his face burned and the left side of his body found is red.

He didn’t have control of his body, not been able to command the horse.

A cowboy that was passing thru realized that Barroso was in distress and helped the man to come back to his house.

Soon arriving home, he told his wife the encounter and asked if she could take him to be examined by Dr. Antonio Moreira Magalhães, one of the most respected Quixada’s doctors.

The doctor listened to Luis Barroso’s story and although not believe in flying saucers at that time, he was sure that something very serious and out of the ordinary must have happened to the farmer because he had a high credibility in town.

Dr. Magalhães recorded the information in Barroso’s medical records and prescribed an antiallergic and bedrest. 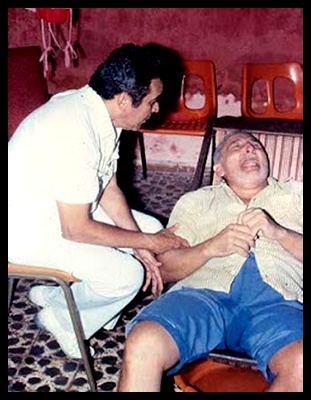 The days that followed Barroso continued with constant body aches, eyes irritated and the left side of his body remained red.

Rapidly his encounter spread through the town, and people went to his house to hear the story firsthand. With them UFO researchers from the state capital, Fortaleza, thanks to radio stations and local newspapers that reported the episode.

The researchers found a Luis Barroso visibly uncomfortable but met all the curious with education and respect. On his own hands he told the researchers:

“We received a light and were totally stopped, unable to move, the animal and I, of course. It opened up a kind of door and appeared two short stature beings. They were normal people, albeit with weird clothes and a kind of flashlight in hand. Pointed one beam of light at us and I lost consciousness …”

After some days apparently Barroso life returned to normal.

Over 16 specialist to identified the problem

However, Luis Barroso’s family life would never be the same.

After signs of memory loss and getting sicker, the family decided to take him back to Dr. Magalhaes, that was baffled that the symptoms had intensified, surprising the experienced doctor who referred the Barroso to the capital, Fortaleza.

He was attended by neurology Dr. Pelegrino Jose Alves and psychiatry Dr. Glauco Wolf that criticized that his medical records included the words “had been abducted by a flying saucer.”

Initially believing to be a common psychological problem. The doctors were unable to have an accurate diagnosis “prescribing” to stay away from work and sent him back home.

The family decided to check him into a psychiatric hospital in Fortaleza, where he was examined by 16 specialist doctors, whom also failed to perform an accurate diagnosis to overturn or at least identified Barroso’s problem.

With time he stating retaining fluids, edemas, increasing on memory loss and also losing the ability to speak and move.

Another battery of exams was performed, among them electroencephalogram, urine, glucose, and cholesterol.

The tests results proved that Luis Fernandes Barroso’s health was perfect, except for his brain, it presented a mental regression, apparently irreversible.

Thru the years Barroso started acting like a young child, by 1993 his communication ability was resumed to three words, “Mom”, “give me” and “fear”.

All the time he was present to a bright light or camera flash he would pronounce the word “fear”.

In another hand, the donkey that company him in the UFO attack, also became very ill, not eating for a number of days, but recovered after a while had a full recovery.

With his wife, Barroso had three children that took care of his business, but without angry towards the aliens “it was an accident, can happen to me, to you or anyone” said one of his sons Francisco Leonardo Barroso.

Luis Fernandes Barroso died on April 1, 1993, seventeen years of his encounter, with a smooth skin just like a baby.