Skip to content
Loading...
Strange News
What happened in the Duas Pontes Incident?
Bep-Kororoti The Celestial Master
The 1998 Capão Redondo UAP Incident
The Ubatuba Incident – A UFO Exploded in 1957 with Fragments?
Alien Abduction in 1956 Niterói
The Bauru Incident – Daildo de Oliveira Wrestling with Invaders
The Turíbio Pereira Incident – Another Closed Encounter in Lins
The Lins Incident – The Maria Cintra Close Encounter of the Fifth Kind
Captain Fortunato UFO Incident – What Were the Foo Fighters?
The Day Aliens Crashed a UFO Conference – The Dolores Barrios Incident
UFO 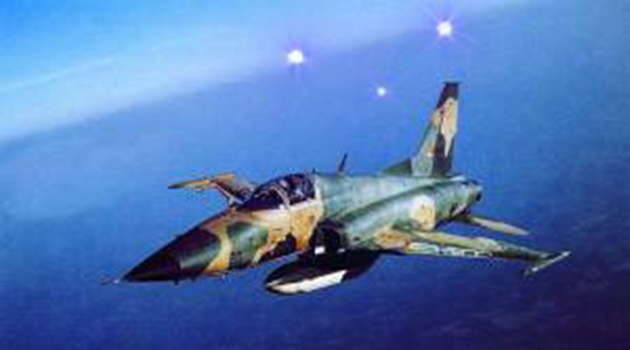 The May 19 and 20, 1986 became known as the Official UFO Night in Brazil, the southeastern Brazilian air space accounted a total of 21 UFOs, literally Unidentified Flying Objects, some of the large scales.

This strategic region is home to the larger Metropolitan population, the heart of the Brazilian industry, politics, economy, and also the most massive air traffic in the southern hemisphere.

The Facts from the UFOs Official Night in Brazil

On May 19th, 7:30 pm, the sky was clear over the area that covered Brazil and part of South America when UFOs were sighted close to the airport of São José dos Campos, Sao Paulo (SJK).

Around 8 pm, the radars from Sao Paulo and Brasilia (capital of Brazil and 660 miles from Sao Paulo) confirmed the presence of 8 unidentified objects over the town.

At 9 pm, an executive Xingu jet, with the president of the state-owned oil company Petrobrás, Colonel Ozires Silva, received the request to observe some targets identified in the radar from Brasilia.

The pilot, co-pilot, and Colonel Silva watched a bright orange light. The co-pilot, Alcir Pereira da Silva, described it as an intense star but was flying in high-speed and it disappeared very fast, but also was detected by the onboard airplane radar.

At 11:15 pm (52 minutes after take-off), LT Kleber starts pursuing the light balls. LT Kleber informed he had a visual contact; also, the onboard radar spotted the object 12 miles in front of his airplane, confirmed by the radar on the ground. The color was white, moving from left to right and them up. The color was later changed to green, red, and blue.

The color was white, moving from left to right and them up. The color was later changed to green, red, and blue.

The UFO was 3,500 feet with a speed of over 620 m/h. LT informed that he had some kind of malfunction of his instruments and followed the object until 200 miles over the Atlantic Ocean, without being able to identify or get closer to it.

The color was white, moving from left to right and them up. The color was later changed to green, red, and blue.

The UFO was 3,500 feet with a speed of over 620 m/h. LT informed that he had some kind of malfunction of his instruments and followed the object until 200 miles over the Atlantic Ocean, without being able to identify or get closer to it.

Captain Viriato flying by 838 m/h, got 6 miles close to one Object, following on radar, and with visual contact, this UFO was flying from left-to-right until it disappeared.

Also, the Captain witness another object accelerate to an unbelievable speed to disappear. His onboard instruments verified that this UFO was flying at Mach 15 (15x the sound speed).

Captain Jordao informed over 10 detected on his radar scope around 20 miles when he was getting close to Sao Jose dos Campos, but he couldn’t see them.

The radar on the ground informed him also about their presence, and suddenly, they detected 13 UFOs 2 miles behind him, 6 to his right, and 7 to his left.

The captain tried a defensive maneuver, looping to be behind the object, but they also followed the same trajectory.

In the morning hours and next days, a press conference was called by the Minister of Aeronautics, to May 23, with the presence of the pilots and some of the air controllers.

Minister Moreira Lima started the press conference stating the sky was clear that night and avoided any possibility of a hacker attack or malfunctions of all equipment.

He also stated that at 8 pm on May 19th and 1 am on May 20th at least 20 UFOs were detected by radars, overloading and putting the southeast air traffic on lockdown, around 50 radars of the country, on the ground and in traffic spotted the UFOS.

The UFOs alternated speeds and directions in a strange way to any known craft, stopping and suddenly returning to impressive speeds around 3600 km/h, maneuvering in sharp 90 degrees turn.

Eight of these UFOs were stationary over the Sao Jose dos Campos’ Airport for 2 hours.

It was also noticed by the witness that neither one of the objects left a tray nor sound, especially when breaking the sound barrier, but also never presented any side of hostility.

The president of Brazil, Jose Sarney, was waking up and alerted about the situation.

UFO researchers also found out the USA Embassy was informed, and one of its higher-ranked officers presented a report stating, “leads one to believe that something arrived over Brazil the night of 19 May.”

Major Air Brigade Sócrates Monteiro added this kind of speed, hypersonic, Mach 15 (11,400 mph), was reported before to FAB (Brazilian Air Force) and this event was recorded by video. Still, the images were not made public yet.

Moreira concluded that it was tough for the FAB to speak about the possibility of the presence of an extraterrestrial origin for the UFO, and an investigation was just starting.

The coverage from the press was extensive in the following years, pressing the Air Force to release their finds of what became the UFOs Official Night in Brazil.

Finally, in 2005 the Brazilian Air Force started disclosing some secret files. As the first FAB investigation in 1954 and 179 pages about the Operation Prato (Saucer).

Dated from July 2, 1986, and signed by Brigadier José Pessoa Cavalcanti de Albuquerque, it described in detail the facts from that night and stated in it.

“As a conclusion of the constant facts observed, in almost all presentations, this Command is of the opinion that the phenomena are solid and reflect somehow intelligence, the ability to track and maintain distance of the observers as well as fly in formation, not necessarily manned”.

The UFO community, militaries, the press, and skeptic presented a large number of hypotheses to debunk the case.

So what? Thirty years and no conclusion, any idea? What do you think?