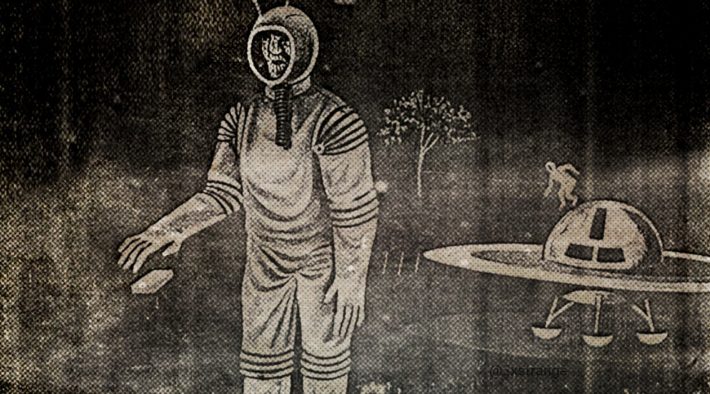 On February 6, 1969, at 7:30 a.m., several residents of Pirassununga’s Pinheiro district witnessed a unique and emotional spectacle:

A luminous object descended from the sky and landed in the bush about 800 meters away. Who saw it first was Maria dos Santos:

“He made movements of going up and down and just over half a meter above the ground.”

Tiago Machado, aged 19, Maria’s neighbor mistook it for a blue parachute because it was luminous and glowing.

Others thought it was a flying saucer.

No one wanted to accompany Tiago in his search for the UFO, possibly out of fear.

He slung binoculars over his shoulder and went inside the bush.

The shouts of distant observers who had a better view from where they were guided us.

Tiago decided to seek assistance from his friend Francisco Hanser, who worked as a security at the Instituto Zootécnico.

They followed each other through the woods, one along the lower section and the other along the upper section.

Tiago went thru the North and Francisco thru the South to meet at the Machado Chacara.

Due to the dense and tall vegetation, Tiago only noticed the object when it was already 10 meters away; however, he only noticed a round metallic structure, 1.50 meters high, resting on a tripod.

He pushed branches aside as he looked for a better vantage point.

A hatch in the apparatus opened almost immediately, and two crew members floated out, one at a time, gently descending to the ground.

However, he noticed two more watching him through a kind of windshield inside the ship.

The Ufonauts were 1.50 m tall and wore aluminized clothing that covered their entire body from head to toe. A transparent visor covers the face.

The skin on the face was smooth and sallow. Each cheek has a scar.

The left eye was half a level above the right. Thin lips. The nose is flat, and the eyes are dark yellow with no pupil or sclera.

Two parallel wrinkles above the eyes that are not accompanied by eyelashes or eyelids. The chin appeared to be running backward. 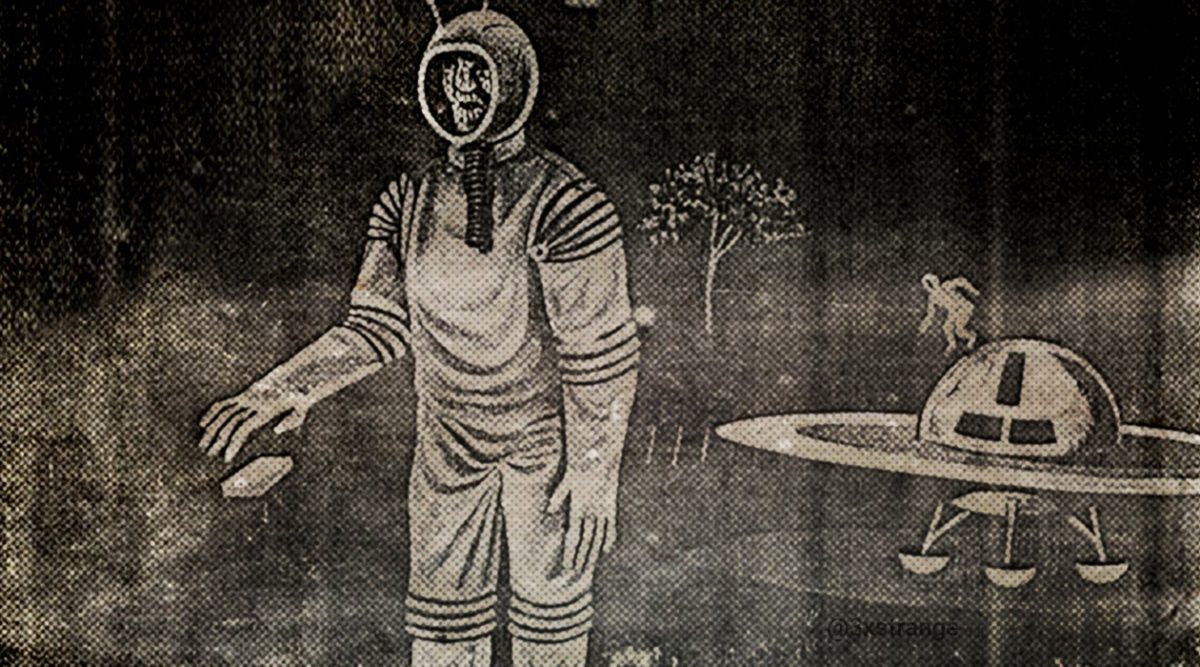 When they began their “conversation,” the two crew members took three steps forward and the boy took one, keeping them about 8 meters apart.

They made serious, guttural, and hoarse sounds that seemed to come from a “trunk” that moved in the lower part of each one’s “mask” when they talked.

Tiago inquired in Portuguese as to how they arrived. One of them made rotating motion gestures with his palms, followed by a circle formed by both arms. raised or lowered several times.

At that moment, the boy lit a cigarette from the pack in his shirt pocket, which the four beings watched with great interest.

They looked at each other and said something when Tiago took the first puff.

Then, the more composed young man took the pack, which still contained 14 cigarettes, and tossed it to them.

Without taking his gaze away from the boy, one of them caught him, stooping with difficulty.

When the little man’s outstretched hand came within four inches of the pack, it rose and adhered to it on its own.

The crew member then placed his hand with the cigarettes against his body, and the pack vanished as if by magic.

The other two people laughed, displaying his blackened and “different” teeth, as the lower ones fit perfectly with the upper ones and vice versa.

Following the incident with the cigarettes, the two became more confident, as did Tiago, who assumed they wanted to invite him on a trip in the flying saucer.

So, to leave a prove of his location, Tiago removed the binoculars from his shoulder and placed them on the ground. The riders backed up four paces, alarmed.

When Tiago noticed this, he returned the binoculars to his neck, and the two resumed their approach.

The ufonauts talked and gestured for about 15 minutes, trying to make themselves understood, until they, hearing Francisco’s yelling for his Tiago, began to retreat slowly, always with their backs to the UFO. 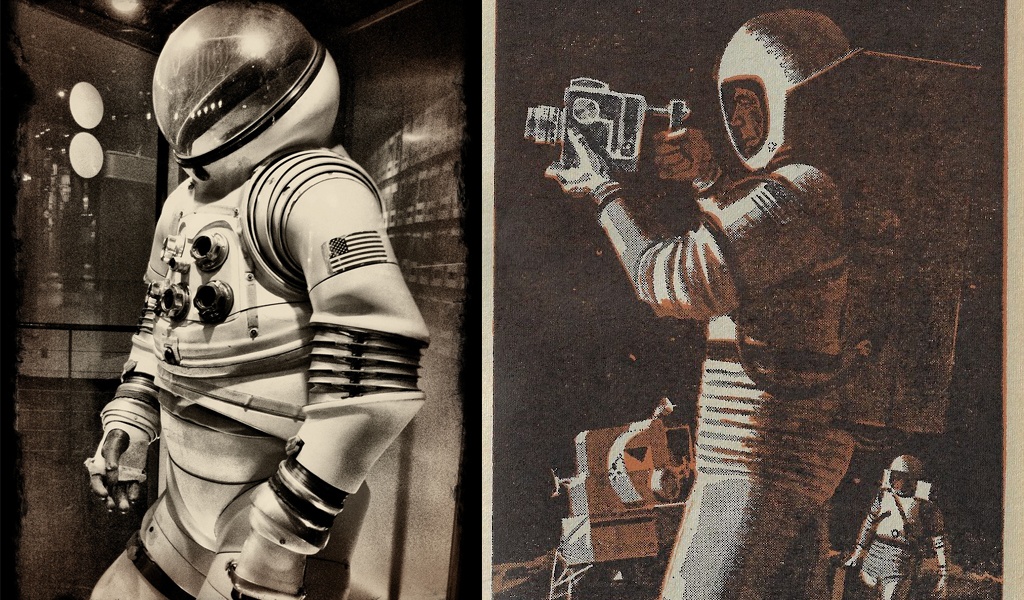 An attack or an alert that saved Tiago from the worse?

They gave a little “jump,” rose into the air, and entered the UFO one by one.

Tiago followed the begins, asking for proof that he talked to them, to show the people that were starting to approach the UFO location.

The last one pointed an instrument at Tiago Machado and threw a blue flame at him, striking him in the right thigh.

He immediately felt a “tingling,” followed by a hardening of the entire body.

He could still see the window close, and the ship rises about 2 meters from the ground, silently, heading towards “Bela Aliança Farm.”

It fell and lost consciousness at that point.

When he regained consciousness at the hospital an hour later, he still felt some pain in his thigh.

The doctor did not want to examine him and dismissed him even not been able to walk.

An Official Militar Investigation in the Tiago Machado Incident

Not long after, a FAB (Brasilian Airforce) helicopter descended to investigate the Incident with Tiago Machado.

According to studies carried out later by the FAB, which blocked the area for about 15 days, the UFO measured about 6m in diameter and 3.5m in height.

The vegetation was flatted in a four-meter-diameter circle at the landing site, with three holes corresponding to the shells on which the tripod legs rested.

By request of Major Zani, the doctor examined Thiago, taking it seriously this time.

Tiago drank 3 to 4 liters of water that day and slept a lot. He even drank a lot of water in the days that followed.

Tiago was taken to the hospital within the FAB in Pirasununga, and then to Rio de Janeiro.

He claimed to have a battery of tests, but an acupuncture treatment was the only treatment that helped him to regain leg movement and stop fluid loss.

He was taken to a hotel in the Sao Paulo capital by the FAB until the press forgot about it, and then he was returned to his home in Pirassununga. 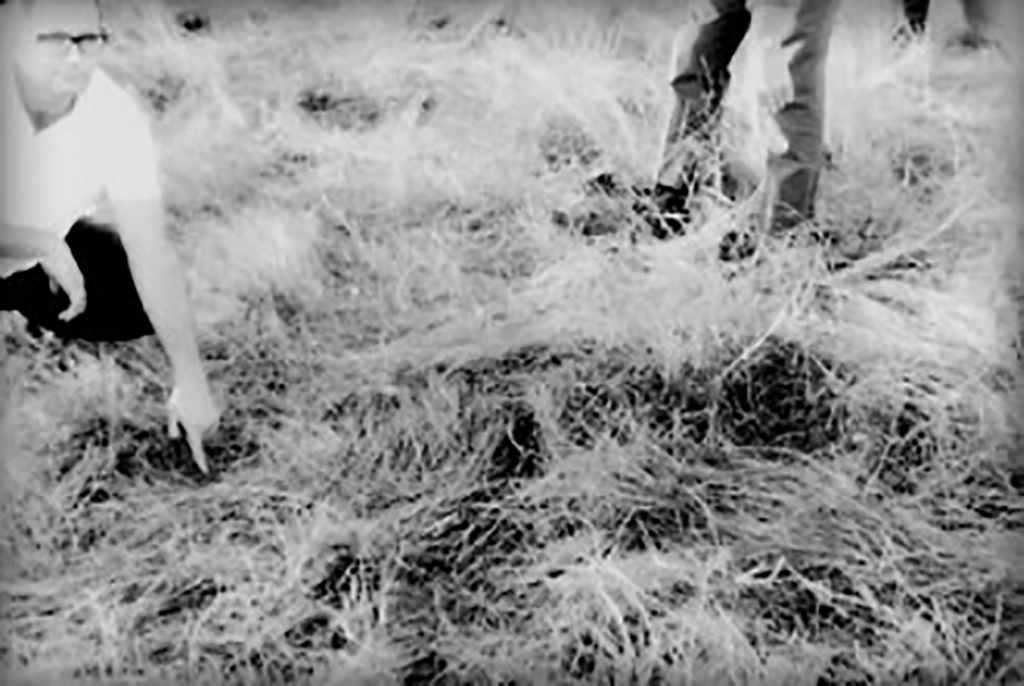 Additional Testimonials and Witness to the Tiago Machado Incident

In an interview with SBEOV on May 19, 1973, Dr. Henrique Reis stated that on the same day of the incident, he examined Tiago Machado from head to toe in the Santa Casa for an hour and found nothing objective in the leg or body.

But in reality, he only examined Tiago after a request from the militaries.

He discovered that the pulse, blood pressure, and respiration were all normal. He only noticed the boy was stiff all over and blinking a lot, which he mistook for hysteria.

Dr. Henrique Reis went on to say that a posterior, he truly believes that an episode involving Tiago and flying saucers would have occurred.

But, he initially thought that the young man was behaving like a “diva”, even though hysteria is much more common in men than in women.

Mrs. Maria dos Santos, Maria Machado Metzler’s next-door neighbor and Tiago’s mother (who lives at Travessa no 9, Rua Alzira Silveira Pinheiro, no 299), has her own story to tell.

On February 6th, at 8:30 a.m. He was getting his son ready for school when he noticed a very shiny object in the woods of the Instituto Zootécnico da Industria e Pecuária, on the other side of the valley in the Pinheiro neighborhood, going up and down at a height of 2-3 meters from the ground for a few minutes.

She observed Tiago as he entered the IZIP in search of the object.

A boy arrived about 30 or 40 minutes later, out of breath, to inform the boy’s mother that he was dying in the bush.

Maria dos Santos and another neighbor, Ana Maria Creonice, followed Mrs. Maria Machado into the woods, where they discovered Tiago lying on the ground, eyes open but “all dumbfounded,” pale, sweating profusely, and repeating indefinitely, to halt

He was dragged by the three ladies to the nearest house, that of Mr-: Francisco Hanse, because he was unable to stand on his own.

As he began to babble words about a thigh wound, Maria dos Santos tore his pants on the right leg, where she noticed a whitish welt, as if caused by a whip.

She called the cops, who dispatched two officers to take the young man to Santa Casa.

When Maria-the Dr. Henrique Reis told her that she should examine the victim, she had the wrong impression and sent him away.

Personnel from the Aeronautics Improvement School, based at the Pirassununga Base, arrived at Maria Metzler’s house at 5:00 p.m. that day, asking questions and drawing according to the victim’s indications.

They left shortly after and returned around 6 p.m. with Dr. Henrique do Reis, who examined Tiago alone in the room.

Maria Santos went on to say that she and two other neighbors who assisted the boy went three days without eating, drank only water, and were nervous and sleepless.

When the SBEOV researcher, Nigel Rimes, returned to Pirassununga on April 19, 1979, to gather more information for the Tiago Machado Case, he discovered that some rural workers had seen a flying saucer on the same day.

When the researcher came to see her, she told him about her adventure:

On that particular day, February 6, 1969, she was harvesting rice in the early morning at “Chacara do Morais,” a half-hour walks from her current residence, when two boys, Joo Batista da Silva, 9, and Benedito Paulino Ramos, 13, approached her.

Their eyes were drawn to a “small shiny tent” 500 meters away.

She looked around and saw that tent, which she thought was white but not shiny like the kids said:

“It had a triangular shape, and I assumed it was used by ant killers, especially since three men with helmets on their heads were walking nearby.”

The boys told her that the clothes of those people shone brightly, but for her, Barbara was only a shade of gray.

The peasant went about her work, unconcerned. Suddenly, the boys yelled:

She could not see the ant killers anymore, nor the “tent,” but she was unconcerned about the fact and continued harvesting.

Soon after, the young people called her attention to a luminous ball “the size of the Sun” that stood motionless just above the bush.

She saw and balled, but she didn’t mind the boys’ excitement, who kept asking her what it was.

After about a half-hour, the light vanished, and a FAB aircraft descended near the site of the incident.

The incident occurred several times over the next two days.

Only after learning about the Tiago Machado case, which occurred on the same day and near the location of her first encounter, did she dismiss the coincidence and admit to seeing a UFO and three of its ufonauts.

Thiago Machado admitted years later, at the age of 40, that he would have had other contacts but declined to elaborate. FAB personnel would have requested that he not make it public.