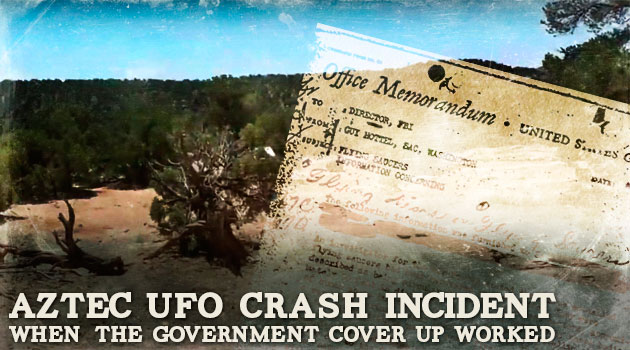 First of all, we need to talk about the Aztec Crash Incident, the elephant in the room of ufology. Is this case proved to be a hoax? Maybe.

However, one point for sure, more people need to know more about it.

Eight months after the Roswell UFO incident, and 48 years before Varginha UFO Incident. Another incident occurred with a large number of witnesses and alien bodies recovered.

What the story tells about the Aztec Crash

On March 25, 1948, a flying saucer had a controlled landing near Aztec, New Mexico. About 3-4 am in the morning two policeman on patrol observed a glowing disc, over their car. It headed to the northwest.

That was not the first time they had witness lights similar to that, but this time Andy Andrews and Manuel Sandoval decided to investigate it, following it to Four Corners area.

Close to 5-5:30 am a rancher Mr. Archuleta, left his house to feed his goats, he hears something similar to a sonic boom. It appeared to come from a glowing disc flying over his house going north.

This Disc collided with the cliff in the other side of his ranch and consequently, bounced continuing flying towards the north.

Mr. Archuleta went to the local store to communicate with the authorities by phone of what he had witnessed. He made a long distanced call to Albuquerque Air Force Base.

New Mexico corners are known for a large number of Oil and Gas Wells. Close to dawn, a couple of oil field workers, Doug Nolan and Bill Ferguson, local employees of the El Paso Oil Company, received the order to check a brush fire in Hart Canyon.

The two young man arrived in the place and found no problems close to the oil tanks. However, at the top of the mesa, they spotted smoke.

They arrived at the Mesa, that is located about 6.8 Miles from US-55 in the San Juan County.

The rescue team at the top of the mesa

The flying saucer had a perfect circle with a dome on the top, and another on the bottom seems like, no landing gear was visible.

Both teenagers (18-19 years-old) investigated around the area, and the metallic ship had no bolts, screws or rivets and signs of welding.

Doug Nolan, a Navy veteran from WWII, walked around the flying saucer, to get a close look at the dome. The dome was mirror sunglasses, at closer inspection, inside he saw two bodies collapsed over the panel.

The only defect he could identify on the machine was a quarter size hole in the metallic structure. With the help of a long pole, Bill Ferguson managed to hit a switch inside the craft.

It activated a shaft that opened to the inside of the flying saucer. By this time other locals became arriving at the Aztec UFO crash site, around sixteen people were there.

The policeman arrived, oil workers, a preacher, and ranchers, with Nolan and Ferguson, they could see inside the craft bodies lying motionless on the floor of the craft.

At that point, another unusual, to all witness, aircraft arrived, a military helicopter, uncommon in 1948 surprisingly.

The militaries separated the witness and debriefed them.

“You didn’t see anything. This is national security.”

After the event of the year before the militaries had a procedure to follow when these situations happened. 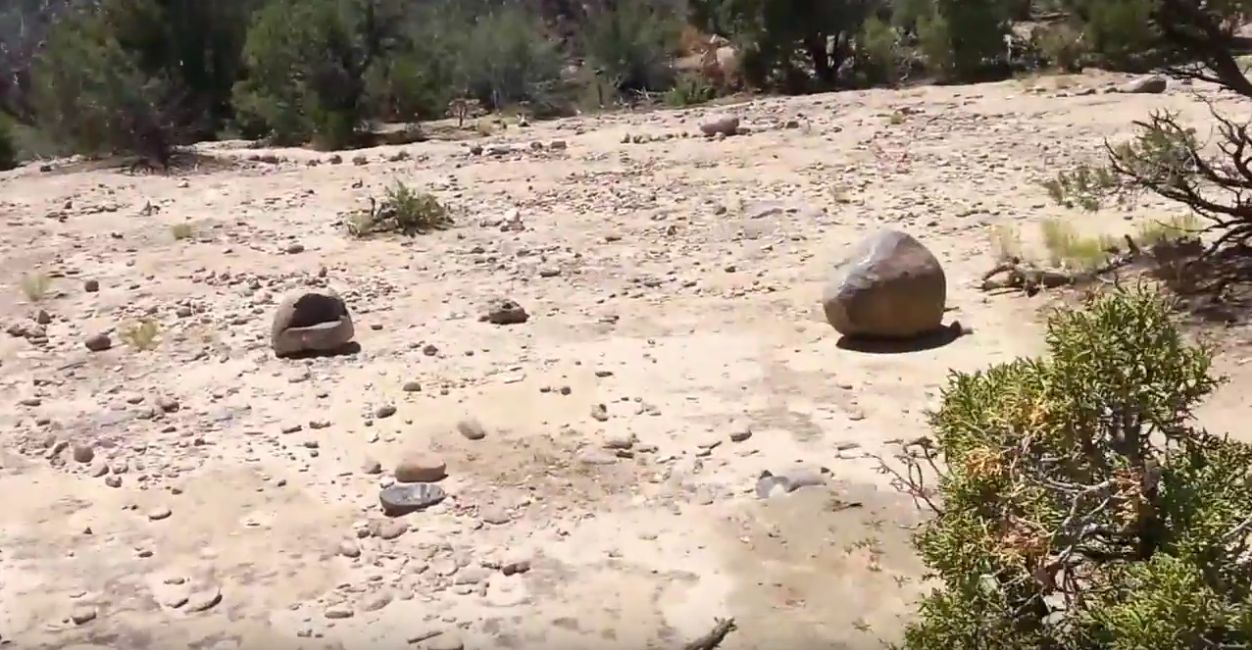 However, before the eyewitness leaves the Mesa, the military removed the creatures bodies from inside the flying saucer.

Besides the two bodies saw laying over the controls other fourteen small humanoids described as 36 to 42 inches tall.

One of the militaries asked the Baptist preacher, Sullen Brown, to say a prayer for the dead humanoid-like creatures. It seems like this experience did not shake his beliefs but his emotions, for the fact lives were lost tragically.

Even with the advice from the air force, he shared his experience, that evening, with a deacon from his church and his son.

Him and others witness believed they had observed a secret military operation accident and therefore they tried to help possible survivors.

The Air Force surrounded the Flying Saucer crash site keeping it unavailable for almost two weeks until they could remove all the debris.

Militaries opened a road to facilitate the heavy trucks to arrive at the top of the mesa. As a result, they built a concrete slab to help the craters collect the aircraft larger pieces.

Different from Roswell, the UFO crash incident did not make the pages of the newspapers on the days after that March 25, 1948. 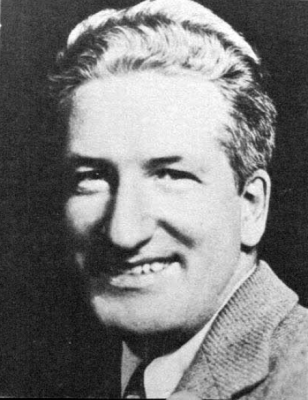 A year later Frank Scully published the book “Behind the Flying Saucers” 1950 book with 250 pages that include other UFO incidents and articles on the flying saucer subject.

Coming from a WWII and facing the threat of the communist regime, the US Government, first under Harry S. Truman and later with President Dwight Eisenhower, had highly understandable reasons to hide the Aztec, New Mexico, UFO incident.

From that point of view, the government covered up operation worked almost perfect.

The UFO community ignored the incident for years, for believing it was a hoax. However, almost thirty years later Scott and Suzanne Ramsey decided to re-open the case.

With the help of Dr. Frank Thayer and Mike Price, they discovered a large number of documents. The archive ignored over the years by other UFO researchers during the years.

Including to that, hundreds of files from the Frank Scully archives at the University of Wyoming and continuing the research after William Steinman and his “UFO Crash at Aztec: A Well Kept Secret.”

Even with the past of the years, they were able to contact and interview second-hands witness and some first-eyewitness willing to speak, especially facing the end of their lives.

All of those present in the top of Mesa in 1948 prospered way beyond the averages possibilities after sworn to secrecy and the debrief by the military.

In 2015, Scott and Suzanne Ramsey, Dr. Frank Thayer released their findings into the book “The Aztec UFO Incident,” with a large number of that new data.

According to documents and interviews collected by the researchers, it would prove the involvement of the MJ-12, CIA, FBI, U.S. Air Force, and U.S. Army.

Stanton Friedman, Canadian ufologist, and retired nuclear physicist, the man who re-discovered and presented to the world the Roswell UFO Incident in the seventies, for years treated Aztec crash as a hoax.

After reviewing the pieces of evidence brought by from Scott Ramsey, he opened to the possibility of the Aztec UFO incident to be real.

Could Frank Scully be right in the 50’s? But was his voice suppressed and discredited for wrong connections?