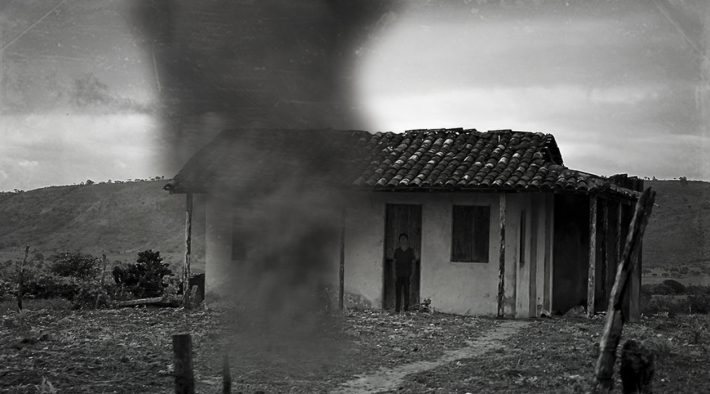 The Duas Pontes Incident is an unsolved mystery, where a father vanishes in front of his son. Hundreds of strange disappearances happen every day, but this one has some unusual paranormal events.

Raimundo Aleluia Mafra, 12 years old, orphaned by his mother, helped his father Rivalino Mafra da Silva in his hunting and mining activities and assisted two of his four younger brothers.

Dozens of times, the boy repeated his story to Lieutenant Wilson Lisboa, the municipal police chief, the judge, doctors, priests, journalists, and countless other people who were impressed despite rejecting Raimundo’s version with his coherence and calm conviction.

He claimed that his father Rivalino had disappeared before his eyes, surrounded by a whirlpool of yellow dust raised by two small objects, posted at his house’s door.

And he wept softly, convinced that his father would never return.

Soon after his father’s disappearance, Raimundo looked for traces of him in the neighborhood and called a friend João Madalena de Miranda, an employee of a distant factory.

When his friend arrived, he noticed that it appeared that the ground was carefully swept, an area measuring 5 meters.

The searches began on the same day and continued for a long time.

Trained dogs did not find any traces of Rivalino.

The search party saw close flights of birds of prey as a possible clue to the location of Rivalino’s body.

Canon José Ávila Garcia, even not believing the boy’s version, revealed that in the week before Rivalino’s disappearance, an employee of the postal and telegraph department, Antonio Rocha, saw two fireballs flying in circles.

The UAPs passed at high speed and low altitude, exactly over Duas Pontes, where Rivalino lived.

Mr. Antonio Rocha confirmed his testimony to the press.

After a clinical examination carried out in Raimundo, the doctor Dr. João Antunes de Oliveira revealed that he had discovered nothing abnormal other than the state of malnutrition.

The boy seemed to be in good mental condition.

On the initiative of the juvenile court, Raimundo was taken to Belo Horizonte by Commissioner Antônio da Cruz.

There, he repeated the story with the exact details, including to the CICOANI’s investigators.

The CICOANI Investigation of the Duas Pontes Incident

On August 30, 1962 Raimundo Aleluia Mafra gave his testimony to the o CICOANI.

Around 8 pm on August 19 of this year, Raimundo says that he was with his father, Rivalino Mafra da Silva in a room in his house, where two of his four younger brothers slept.

He and his father were around a small fire, next to a door that connects to the kitchen.

At one point, his father’s attention was drawn to a dark and indefinable shadow, which was gliding silently through the kitchen in the direction of another room.

This silhouette had four legs. The boy described it had some resemblance to a man on all fours.

The boy described some protrusion in that shadow that turned towards the bedroom.

Raimundo and his father had the impression that they were observed.

Then Mr. Rivalino followed the shadow but did not see anything.

The boy admits that fear could have prevented his father from searching the rest of the dark hut, but he assures that the inner bolts of the only two doors – one in the kitchen, and the other in the living room, were closed.

Mr. Rivalino and Raimundo were unable to sleep.

At one point, they both heard human voices, “thick and slurred,” citing the name of Mr. Rivalino and saying that they were going to kill him as soon as he left home.

They also heard a noise similar to an alarm clock coming from outside the house. The prospector and his son went through a sleepless night.

At 6 am, Monday, August 20, Raimundo prepared to leave the house and fetch his father’s mount from the adjacent yard.

When opening the kitchen door, which opened onto the yard, he found two small, strange objects lying on the ground, a few meters away from the door.

Differing in color, they were identical in shape and size.

Both were oval and measured between 40 and 50 centimeters in diameter.

The existence of a small appendage at one end of each object, combined with their shape, reminded Raimundo of armadillos.

These appendages had the size of a finger. It was tubular, according to the boy’s description.

It projected from the back parts of the objects, like “tails.”

They were slightly suspended from the ground.

The moment Raimundo noticed them, these appendages pointed to the doo.

Then, when Mr. Rivalino arrived at the door, answering his son’s call, the tubes pointed in the opposite direction, indicating that the objects would have overturned.

One of the objects was entirely black matte.

The other had equal black and white stripes.

Raimundo made the description patiently, with the help of a composite sketch.

Mr. Rivalino, as soon as he noticed the two objects, placed side by side, one meter from the other, marveled at the phrase:

He recommended to his son not to go out the door.

Still holding the small knife and tobacco for his straw cigarette, Mr. Rivalino slowly approached the objects, telling his son that he did not seem to show fear.

At Rivalino’s approach, the two UAP joined laterally, with a dull sound, and began to spin together, quickly and soon raising a whirlpool of yellow dust, which enveloped Raimundo without reaching his son.

He declared that, in addition to the dull noise during the impact of the objects, the only noise he heard was the hum from the dust devil.

Raimundo lost sight of the objects and his father, who did not reappear when all settled. 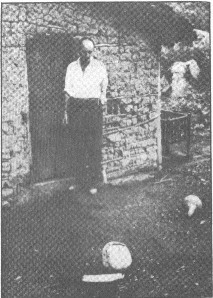 The newspaper “A Estrela Polar” on  03/10/1963 states that five hunters found Rivalino Mafra da Silva’s remains, very close to his hovel, in a place of difficult access.

Six months after vanishing the Rivalino’s bones were identified by a belt. According to the local police, the case was closed and Rivalino tried to run away or was a victim of kidnap. 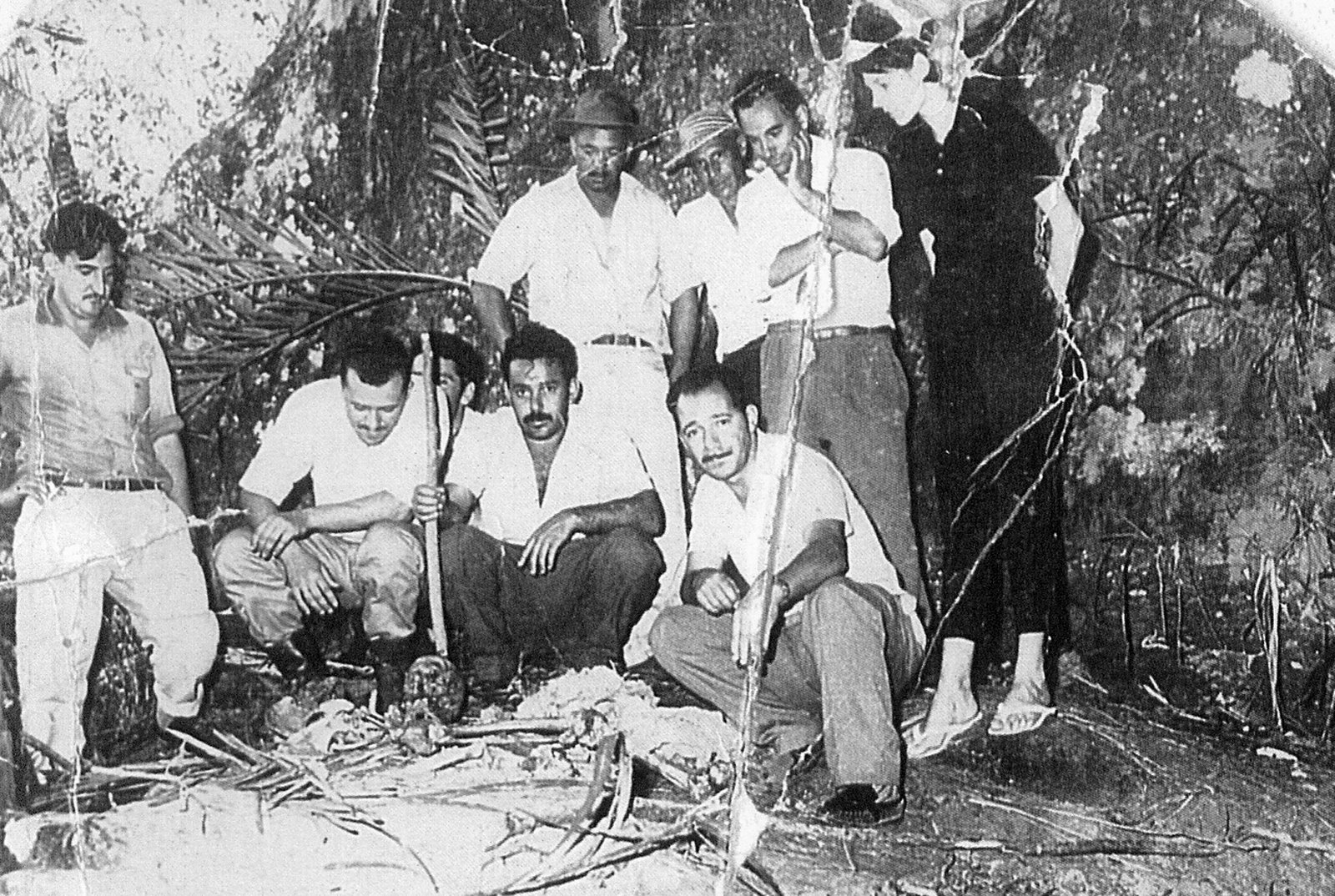