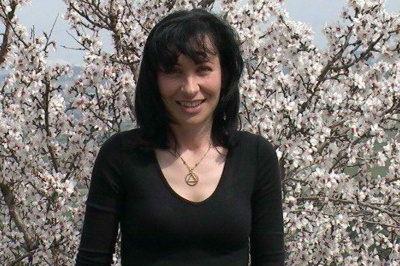 Giovanna Podda, 40, began to spread in the neighborhood who had been raped by aliens. The news did not sit well, and under pressure from neighbors, the woman was forced to leave the house she lived in Gennargentu (Sardegna, Italy) and quit her job.

Giovanna’s case was highlighted on Italian TV. She said she was abducted and raped by aliens. The act has left its marks and burns on her body, assured the woman. “I tried to complain to the police, but laughed at me.

Nobody believes me, but I believe that many women have been raped by aliens and that they would be afraid to expose it,” he complained, according to a report of the “Austrian Times” .

She affirm that she was abducted by aliens since the age of four, and had eighteenth alien-hybrid pregnancy. The foetus, aborted by doctors, doesn’t look like something that should gestate inside a woman.

She has weird phosphorescing marks on her body, burn holes and Implants in her brain. She, also, has video and photo evidence of “alien space ships”, because for her they aren’t UFO.

Content Warning: Please do not watch this video if you are easily disturbed by graphic images. Now, Giovanna in hiding. But she wants to be a spokesman for some sort of association of women who have been raped by beings from other planets.