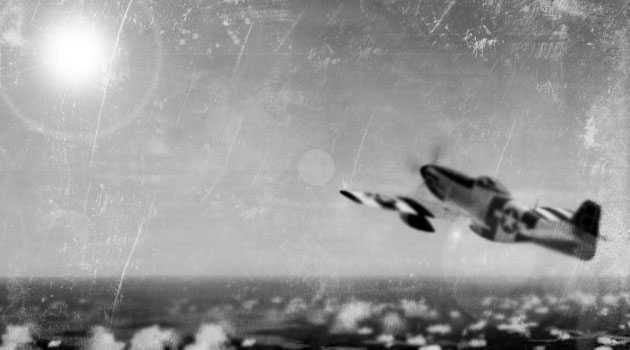 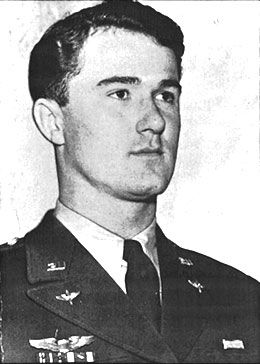 Captain Thomas Mantell chased a UFO over Franklin, Kentucky. Captain Mantell tried to intercept the UFO when he began a spiraling, climbing turn to 220 degrees and 15,000 feet.

Some months after Kenneth Arnold, on June 24, 1947, while flying near Mt. Rainier in Washington State, claimed to have seen nine “flying saucers” or the allegedly Roswell UFO crash, similar characteristics are described in Kentucky and Ohio.

Who was Thomas Mantell

During World War II, he was assigned to the 440th Troop Carrier Group which airdropped the 101st Airborne Division into Normandy, France on 6 June 1944.

For the Normandy landings, he earned the Distinguished Flying Cross for courageous action during the mission.

Mantell returned to Louisville, after the war and decided not to leave his military career, by joining the newly formed Kentucky Air National Guard, on 1947.

The final hours of Thomas Mantell

On January 7, 1948, right after lunch hour, around 1:30 p,m the Kentucky State Police received some unusual reports.

In a short time, more reports came from other areas, Irvington and Owensboro.

For about an hour and twenty-five minutes, dozens of people, including Colonel Hix, watched as the UFO seemed to hang motionless in the southwestern sky.

Colonel Guy Hix, the base commander, described it “about one-fourth the size of the full moon” and “It was white and looked like an umbrella.”

Also, the UFO was round, whitish in color, with a red light toward its bottom side, and seemed to be moving slowly toward the South. 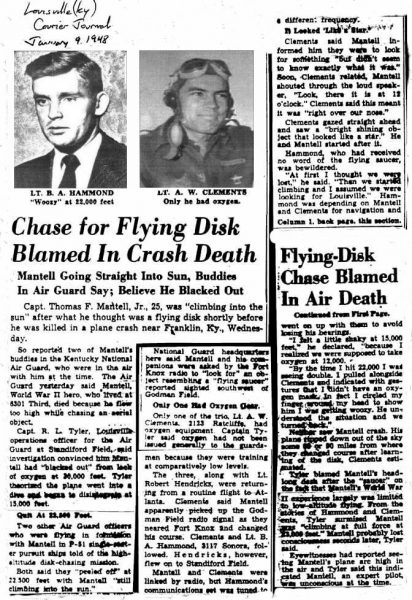 At 2:50 pm, the situation suddenly changed.

Captain Mantell was leading a flight of four (4) P-51 aircraft on a flight from Marietta Air Base, Marietta, Georgia, to Standiford Field in Louisville, Kentucky.

The Godman Field Control Tower requested to identify an object in the sky if the mission would permit.

Captain Mantell replied that his mission was ferrying aircraft and that he would attempt to identify.

One pilot left the flight as the climb began, because of shortness of fuel.

Mantell replied that he was merely ferrying the aircraft but that he would attempt an intercept.

The records are also confusing about the altitude that various pilots reached.

Some of the documentation suggests that all three aircraft reached 22,000 feet.

By there, the two wingmen turned back.

Hammond radioed that they abandoned the interception.

Documents state that only Lt. Clements was equipped with an oxygen mask. 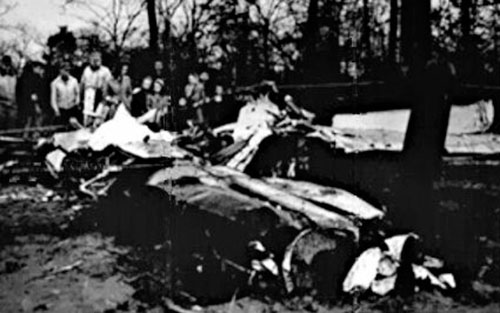 He was still climbing toward the UFO when he saw for the last time but made no more radio calls to either his wingmen or the control tower at Godman.

By 3:15, everyone had lost both radio and visual contact with him.

The radio conversation between Control at Godman and Ng 869 essentially as follows:

Later: “Closing in to take a good look”

No further word heard by Orner.

Later: “I’m trying to close in for a better look”

At 15,000 ft: “Object directly ahead of and above me now and moving about ½ my speed. It appears to be metallic of tremendous size. I’m trying to close in for better look”

No other word heard by Blackwell from NG 869.

For over an estimate of six-tenths of a mile, from the center point of the wreckage, pieces of the aircraft landed on the ground.

The parts scattered north to south.

The report says Thomas Mantell’s body was found in the broken cockpit, his watch had stopped at 3:18 pm.

An accident investigation began immediately, as by regulation.

Since the canopy lock was in place after the crash, they assumed that Captain Mantell made no attempt to abandon the aircraft.

The consensus is that Captain Mantell lost consciousness at approximately 25000 feet.

Within forty-eight hours, Air Force investigators collected statements from the military witnesses who had been in Godman Tower on January 7.

A small number of theories emerged before and after the official investigation.

Based on the object direction and time of day, Air National Guard investigators affirmed the planet Venus would be in the sky position.

According to the astronomical charts, available Venus could be seen in the daylight sky in the approximate location of the UFO.

In 1952, a magazine wanted to print an article about how spectacular UFO sightings could be explained through proper research and investigation.

In a move that was sure to anger the reporter and the magazine editor, week after the magazine published, the Air Force released a new answer.

Mantell had chased a balloon.

Donald Keyhoe, who investigated the Thomas Mantell incident, suggested in his 1950 book, “The Flying Saucers Are Real”, reported that to fly the 90 miles from Madisonville to Fort Knox in thirty minutes, a balloon would require a wind of 180 mph.

To them, come to a complete stop and speed up to 360 mph to keep ahead of Captain Mantell.

The Truth about Thomas Mantell

This captain said that Mantell’s body was never found. The UFO “removed” Thomas Mantell from the airplane before it crashes.

In the other hand has affidavits and horrific descriptions confirming the body inside the cockpit remains.

Jenny Randles and T. Scott Crain Jr. reported both in the ’80s to have information that Mantell’s wingman, 2nd Lt. Buford Hammond, saw the UFO release a beam that struck Mantell’s P-51.

Again witness on the ground watched at the aircraft began its spiraling dive, and watched as it broke up in mid-air.

According to Coral Lorenze, USAF Reserve Captain claimed he took part in the incident investigation.

On that same evening, three hours after Mantell had crashed, three witnesses at Lockbourne Air Base near Columbus, Ohio, watched an object seem to land.

These witnesses were civilian air traffic control at Lockbourne on that same January 7, 1948.

Albert R. Pickering, at about 7:25 pm, observed a down a big round red object through the overcast.

The tower called to confirm the presence of a UFO and then called the airways operator, Frank Eislle, and the captain and meteorologist that night, Charles E. McGee.

They came to the door.

The UFO hovered with no sound, almost stationary in the air.

After five minutes without moving, the unidentified flying object makes a circle of the entire base.

The thing came back and stopped instantly, it didn’t slow down, “it stopped as it runs into a wall.”

The object then landed in between Pickering and the base’s fence. It was staying down for about ten seconds.

Then climbed at a very fast speed to its original altitude, about 10,000 feet, leveling off and disappearing into the overcast.

This UFO remained visible to the witness for about twenty minutes.

Albert R. Pickering’s observations were confirmed by other members of the civilian crew, including the tower operator, Alex A. Boudreaux, who reported, also on January 14, 1948.

On 29 September 2001, the Simpson County Historical Society unveiled a historical marker in honor of Thomas Mantell in his hometown of Franklin. The marker is located at the exit off Interstate 65.

Other incidents When UFO Attacks