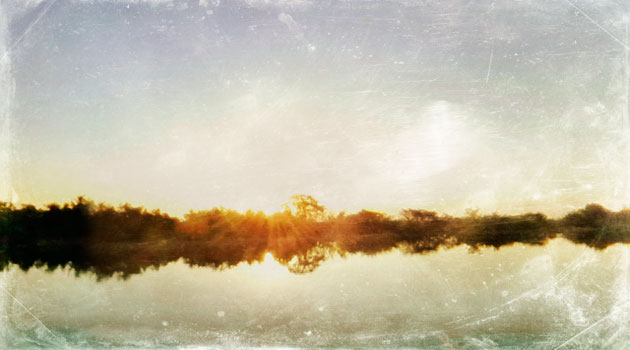 A UFO case known as the Leverger Incident took place in June 1846.

Captain Augusto João Manuel Leverger and his crew witnessed, simultaneously by the Brazilian minister in Paraguay at the time, José Antônio Pimenta Bueno, a UFO.

The military described his UFO encounter in a manuscript on his way to war and the incident was published later. 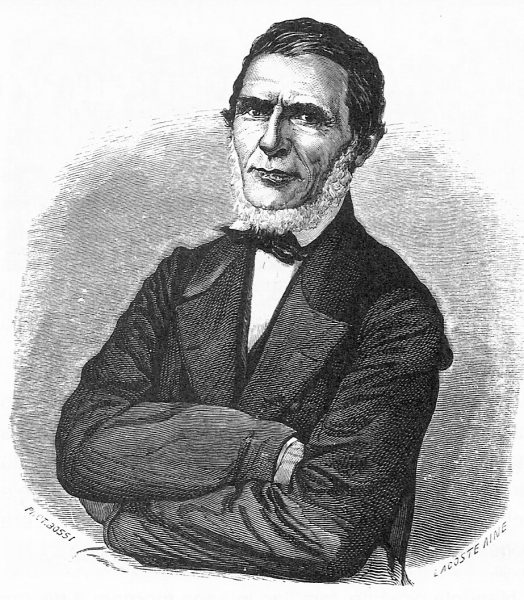 Franco-Brazilian Augusto João Manuel Leverger born in 1802 in the city of Saint-Malo in France and was a naturalized Brazilian in 1844.

Five times, Leverger, was appointed to be the president of the Mato Grosso province.

Captain Leverger left important scientific works, highlighting the hydrographic work in the state of Mato Grosso, the Geographical Dictionary of the Province of Mato Grosso and still an important road map for navigating the Paraguay River.

In June 1846, two Brazilian gunboats, commanded by Captain Leverger, sailed to Assunción, Paraguay, to recognize the Paraguay River and sailed to its confluence with the Parana River. 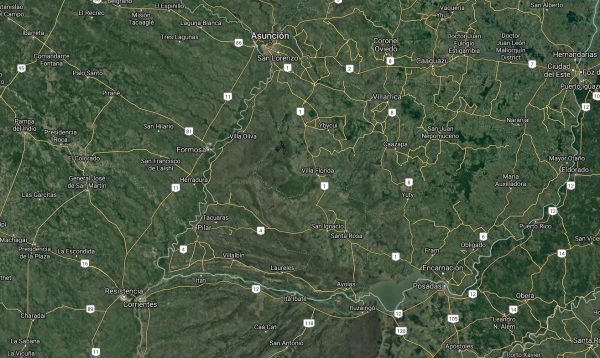 When they observed an unknown phenomenon, according to their conclusion at the time.

Aboard of the gunship “Eighteenth of July”, Leverger was accompanied by the “Twenty-Three of February” vessel, with a total contingent of 47 crew members, while they observed the phenomenon at 05:57 am, on July 5, 1846.

When he arrived in Asuncion, Leverger sought the Brazilian Minister in Paraguay, José Antonio Pimenta Bueno.

The Brazilian Minister also witnessed the unusual phenomenon from his point of view and exchanged information about the sighting.

A journalist reported the incident to the “Gazeta Oficial do Império do Brasil” (Official Gazeta of the Empire of Brazil).

The Leverger testimony to the newspaper

The Official Gazeta of the Empire of Brazil published Captain Augusto João Manuel Leverger description of his encounter with the UFO, using language and terminology of his era.

“I observed phenomena this night like never before. At 5 hours and 57 minutes, the sky was perfectly clear, calm, 60° thermometer, a luminous globe made a rapidity curve of 30° in the NNO direction. The direction made with the horizon angles of approximately 75º and 105º by the Westside. It dropped a bright spot of 5 or 6 degrees of compliance and 30 to 35 degrees wide, in which three bodies were distinguished in the brightness, much brighter than that the spot of light, and even if it did not exceed in the intensity of the full moon in clear weather. They were superimposed and separated from each other. The one in the middle had the almost circular appearance; the lower one looked like a 120 ° circle segment with broken ends radiused; the one at the top was of an irregular quadrilateral shape; the largest dimension of the discs would be 20 to 25°. Above all, there was a very weak strip of light in the zig-zag shape at 3° wide and 5° or 6° long. The angular height of the large spot of light on the horizon seemed to be 8°. (Afraid to lose some circumstance of the phenomena, I did not search for an instrument to measure these dimensions). It was all lowering with no greater apparent speed than the stars in their day, but the luminous globes will change of aspect taking the elliptical form of more and more flattened, and dimming until they seem small clouds. The big fax leaned toward N until it was almost horizontal, but the zig-zag always kept the same direction. After 25 minutes everything disappeared, and there was not the slightest signal of disturbance in the atmosphere. In the city of Assumpção, I spoke with the Minister of Brazil and several others who also witness this singular apparition. A circumstance which seems to me to be very worthy of notice, is the direction in which the Minister observed the phenomenon; there was no mistake, for it referred to the observation of a wall whose azimuth was easy to verify, and this direction was soon to be WNW, thus making a 45° angle to that of NNW, which I had noticed. I submitted to the trigonometric calculation this enormous parallelogram combined with the geographical positions of the Assumption and the place where I observed it, and I thought that the phenomenon must have occurred in the atmospheric region and only 59 nautical leagues away from the Assumption”.

Historic Observations of the Leverger Incident

Captain Leverger identifies the phenomena he witnessed as a Metrologic event, not a UFO event.

Some of the characteristics of the Leverger Incident event fit a meteorite burning while entering the atmosphere.

However, it can not be explained as a meteorite due to the duration of the observation, 25 minutes.

The first human flight had onboard Jean-François Pilâtre de Rozier and François Laurent d’Arlandes on November 21, 1783, in Paris, France.

It was impossible to control, with passengers being on the mercy of the wind forces.

According to the Leverger Incident description, it was not possible to be a balloon.

The first dirigible balloon capable of flying at 24 km/h (15 mph) had only successfully flown for the first time in 1884 by Charles Renard and Arthur Krebs. 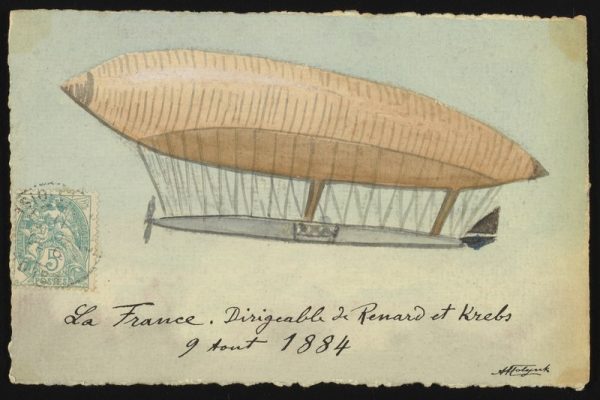 The Capitan Leverger’s diary from his recognition of the Paraguay Rive was published in the History Magazine “Revista Trimensal do Instituto Histórico, Geographico e Ethnographic do Brasil” in 1862.