Skip to content
Loading...
Strange News
What happened in the Duas Pontes Incident?
Bep-Kororoti The Celestial Master
The 1998 Capão Redondo UAP Incident
The Ubatuba Incident – A UFO Exploded in 1957 with Fragments?
Alien Abduction in 1956 Niterói
The Bauru Incident – Daildo de Oliveira Wrestling with Invaders
The Turíbio Pereira Incident – Another Closed Encounter in Lins
The Lins Incident – The Maria Cintra Close Encounter of the Fifth Kind
Captain Fortunato UFO Incident – What Were the Foo Fighters?
The Day Aliens Crashed a UFO Conference – The Dolores Barrios Incident
ParanormalTales 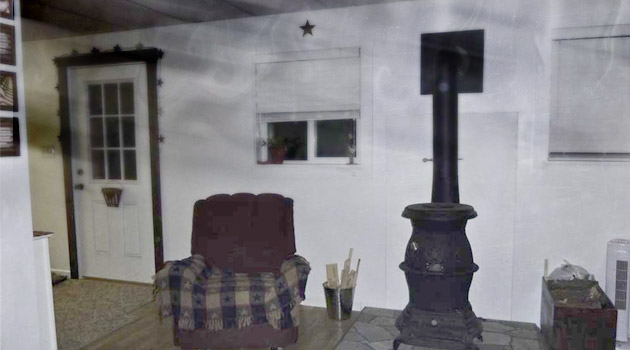 Be ready for another original Strange Tales, “For the Love of a Mother” but this time a True paranormal story by Brandi.

This season when families get together is always good to remember that love is forever.

For the Love of a Mother

I have to first tell you that my mother was very protective of me, me being the baby and the rebel of the family she worried more than any mother should have to.

She would tell me that she had to take care of herself so she could take care of me cause if she didn’t who would.

I would tell her I could take care of myself, always the rebellious one of the family.

It’s very common to hear that old person who are about to die are more sensitive to spirits than the “normal person”.

I never really believed in that too much until after my mother passed away.

My mother had cancer and she was as “Hospice” would say on her way to the other side.

Changing of the Guards

My older sister took the day time shift of 8:00 am to 8:00 pm and I would take over until she came back to sit by my mother’s side.

We made a promise to my mother that she would not die alone and we would never put her in a home. So we took turns.

She mostly slept, but around 2:30 in the am she would become very animated and talk and talk.

We talked about all kinds of things that was on her mind and I can’t tell you how much I miss that now.

She went 2 days with no talking or anything and yes Hospice said that this would happen.

Called By Your Full Name

Well, I was with her around 2:30 the second night when all of a sudden she called me by my first and second name, anyone from the south knows that is a “you are in trouble” sign.

I jumped really fast and asked her was there anything she needed and she said no…. but…. I waited breathlessly.

She asked me” have you ever seen anyone die” and I, of course, said no but I was not afraid.

When the words left my mouth the only thought I had, was usually when one passed away it always seem to happen in the early mornings.

My mother laid there and smiled at me and my first thought was and of course, I spoke it.

She waited for a while then she said of course not I will wait until you leave.

I have never heard of anyone besides my grandmother tell someone when they would die.

But I just thought she was trying to scare me, lol which she did. She told me that she would never be too far from me even when she passed on.

The next morning I kissed her and brushed her hair told her I loved her but she was very quiet.

I was on my drive home when 15 minutes had passed I received the phone call I never wanted to hear, my mother had just passed away.

The Love of a Mother never leaves you

I turned immediately and went back to her but she was gone.

When we were growing up my mother had a rocking chair and she had upholstered that thing over and over it was built strong and took a lot to rock in it but it was her’s and nobody sat in it but her.

The following days after my mother’s funeral I don’t know who or can’t remember who brought my mother’s chair to me. I asked them to put it upstairs in my room.

I asked them to put it upstairs in my room.

Slowly sitting down in my mother’s favorite chair brought back a moment in time and a flood of memories came to me so I had to get up and try to think of other things the pain was so intense.

I went downstairs with my sons and my fiancé and we all were watching some program but I can’t even remember what it was.

Then suddenly out of nowhere we heard footsteps upstairs and then we heard the old rocking chair rocking back and forth.

You could see everyone looking at each other making a head count of who it was upstairs but everyone was accounted for.

My fiancé and I decided we needed to know what made that old chair rock and the footsteps.

When we arrived the chair was not rocking and there was no one in the room but I could smell a faint smell of a perfume my mother always wore.

At this time I thought yes my mother is still with me as she said.

Two nights later I had taken something the doctor gave me to sleep and it was so cold in the house we had the pot belly smoking red-hot to keep the cold away.

From my sleep, I heard my mother yelling at me using both names to get up and to hurry up I tried to shake it off but she kept on yelling.

I sat up in bed and saw mother standing in the doorway and telling me to hurry up and go downstairs.

Everything was so smokey and I couldn’t stop coughing and tears ran from my eyes from the smoke.

The pot belly stove’s stack had moved from the ceiling part and you couldn’t see two inches in front of you.

I started opening windows and doors and yelling at everyone to wake up and help.

When I turned to look up the stairs I saw my mother as she faded away with a smile.

And would you believe it was 2:30 in the morning? If it had not been the Love of a Mother all of us would have died.

For the Love of a Mother.

Enjoy series called “Strange Tales” and spread the chills in your next campfire.

Do you know a spooky story, urban legend, creepypasta, a good campfire story? Please share with us and spread the fear!