Skip to content
Loading...
Strange News
What Really Happened in The Benedito Miranda Abduction?
The Day over 10 Thousand people witnesses a UFO – The Morenão UFO Incident
The 18th Century Alien Abduction you didn’t know
The Jose Higgins Abduction Tentative 1947
The Truth About The Janiel’s Abduction
What Really Happened to the family in the Caiana UFO Abduction
What happened in the Duas Pontes Incident?
Bep-Kororoti The Celestial Master
The 1998 Capão Redondo UAP Incident
The Ubatuba Incident – A UFO Exploded in 1957 with Fragments?
GhostParanormal 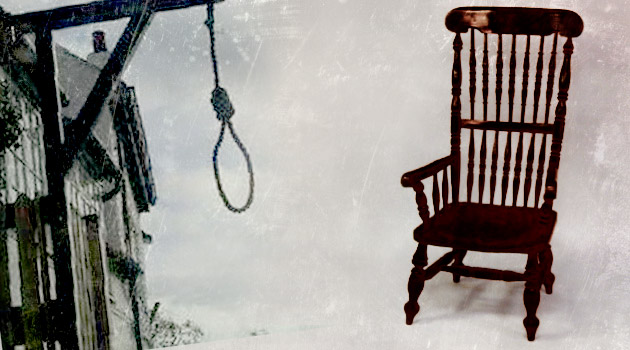 Busby Stoop chair ain’t your normal kind of curse. Would you dare to sit in a chair knowing that every person that sat on it died?

With an unlimited list of knows cursed objects, haunted artifacts, and other supernaturally-influenced items from around the world, but only a short list attached to deaths. 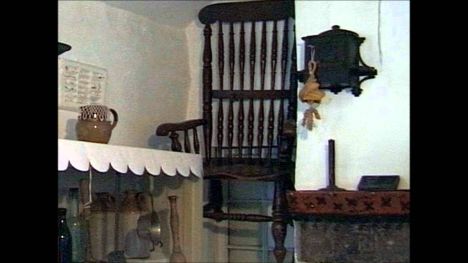 In the late 17th century, Daniel Awety bought a farm on the edge of Kirby Wiske.

Daniel Awety moved from Leeds to the rural hamlet of Kirby Wiske some 3 miles from the local Inn.

He bought a farm on the edge of Kirby Wiske and renamed it “Danotty Hall”, a derivative of Dan-Awety, and this name remains to this day.

The hall sits at the top of a gentle rise, providing an excellent look-out for unwanted visitors.

Those characteristics were very handy to Daniel Awety, a coin clipper, and forger, allowing him to continue his illegal business of counterfeiting without caught unguarded.

For whom not familiar with the expression, “Coin Clipping” is the act of shaving off a small portion of precious metal coins for profit.

Awety had a daughter named Elizabeth and a local man by the name of Thomas Busby fell in love with her.

Thomas Busby, the local bully, and alcoholic became the partner in crime with his father in law, Daniel Awety.

Busby enjoyed his times at the local Inn, where he had a favorite chair to sit in to drink, make jokes and bully others.

On one night Busby arrived at the inn to find Daniel Awety sitting on his beloved chair.

They got into a heated argument. It said that Awety threatened to take his daughter Elizabeth away from Busby and return her to Danotty Hall.

Thomas Busby returned later that night to Danotty Hall and murdered his father-in-law Daniel Awety in 1702.

Busby bludgeoned Awety to death with a hammer and hid the body in the woods.

After Awety disappearance a search group found the lifeless body and not long after they arrested his son in law.

Thomas Busby was tried at York Assizes and sentenced to death by hanging in 1702.

On his way to hang, as the last request, he asked to stop by the inn and sit in “his chair” one last time.

On his way out he cursed anyone who dared sit in his chair. Who sat in it would be haunted and soon have a horrible death.

Thomas Busby hung on the opposite site of the coaching inn at the crossroads on the old Great North Road leading into Thirsk.

The people of the town believed in the curse and years later the inn changed its name and became known as the Busby Stoop Inn.

The curse of the chair was born. The chair remained in the inn for centuries, and for attraction, people dared each other to sit in it.

In 1894, two friends, a local chimney sweeper and another man had been drinking at the Inn.

After leaving the Busby Stoop Inn late that night, the chimney sweeper laid down on the roadside to sleep.

On the following morning, the poor man was found hanging by his neck on a gatepost next to the old Busby gibbet.

The investigation lead to suicide.

Even nobody remembers seen him sitting on the chair, he is claimed to be the Busby Stoop Curse’s first victim.

The unexplained deaths connected to The Busby Stoop Curse continue

It took almost two hundred years for the chair take its course, but since then a list of other deaths followed.

During WWII, 4 squadrons of the Royal Canadian Air Force made the Inn a recreational place, since they were across the road at the old Skipton on Swale airfield.

They dare each other to sit in the chair. One pilot accepted.

Next morning the airmen who sat in the Busby chair died while bombing areas over Germany.

But even before the deal, he used to go to the pub to have a pint. One night he witnesses two airmen challenging each other to sit in the infamous chair.

Earnshaw initially dismissed the Busby curse as nonsense but later reported several fatal incidents which began to worry him.

Both airmen sat in Busby’s chair and later during the same day, the car one of them was driving hit a tree and both men died on their way to the hospital.

Still, after that Earnshaw dismissed the Busby curse as coincidence. He was not a superstitious man, but not for long.

Tony Earnshaw tells the story of a group of builders who came to his pub for lunch. The group dares the youngest one to sit at Busby’s chair.

Feeling like in an initiation ceremony the brave kid felt obliged to do it.

But after returning to the job site the young construction worker fell through the roof onto concrete and was pronounced dead on the site.

After this death, Tony Earnshaw decided to lock the chair away in his cellar and put an end to The Busby Stoop Curse.

Years have the past and in 1978 the delivery man from the brewery told Earnshaw how comfortable the chair was after sitting on it, and it was a shame such fine furniture was not being used at the Inn.

Hours pass and the news arrived at the Pub that the delivery truck went off the road and the brewery man killed instantly.

Knowing how the chair had a historical value to the town’s folklore. Tony Earnshaw then donates the chair to the Thirsk museum, but in one condition, the museum never lets anyone ever sit in.

Is that the end of The Busby Stoop Curse?

The museum put the chair on the wall, high enough that will allow nobody to try to sit on it for over 30 years.

Cooper Harding, manager of the tiny Thirsk museum tells that many tried to do so.

A Japanese film crew got upset when he refused the permission to take down the chair and attempt to sit on it, in 2004.

They sought a court order to challenge the curse in Northallerton and later inquired what would be the penalty for breaking such rule. The answer “Death”.

Mr. Harding states that they have been requested many times to allow visitors to sit in Busby’s chair.

“We could have made a lot of money for the museum if we had let visitors sit in the chair, but a promise is a promise.”

Was The Busby Stoop Curse real after all? 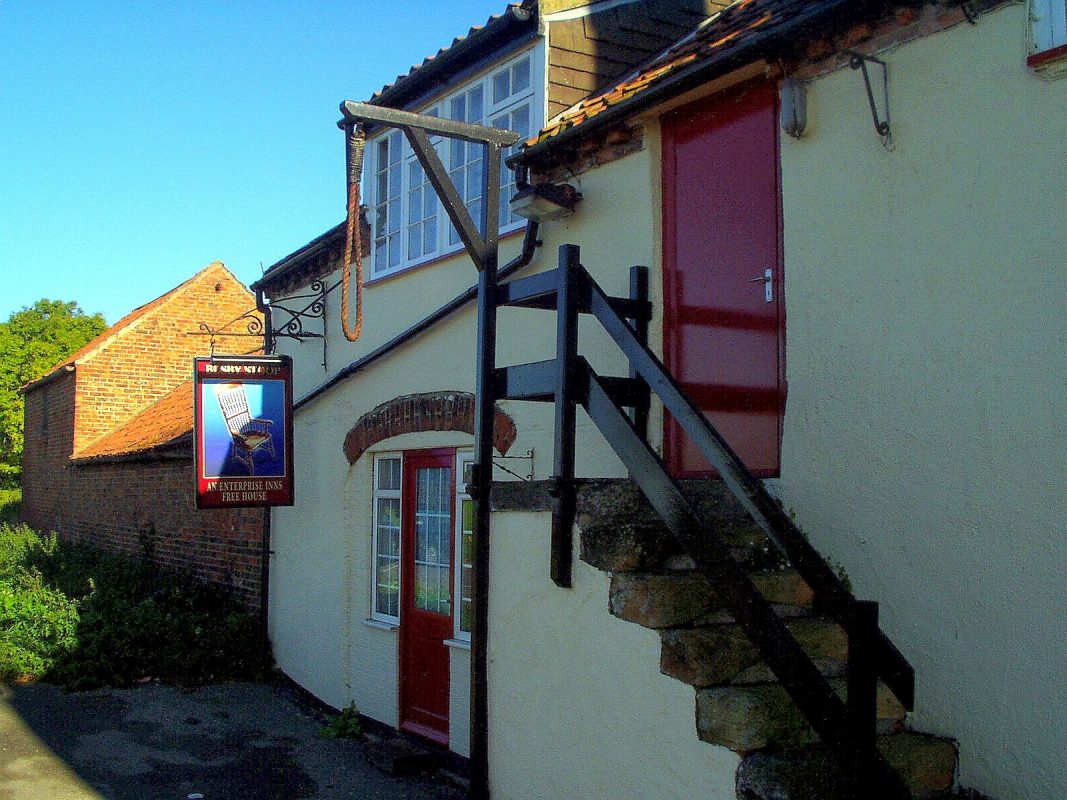 But, was any historical validation to the Busby Stoop Curse’s story?

The History of York published in 1858, records the murder of Daniel Awety in 1702 . While the Kirby Wiske parish records confirm Awety’s burial on the 7th June 1702 .

Christopher Shaws sentenced to death by hanging for the murder of a man called D. Notty and buried on the 4th August 1702 in Thirsk cemetery.

No records have any reference to a chair connected to any death incident.

The Busby Stoop chair is only mentioned and speculated by the press only the mid 20th century.

Among the deaths, the death of the chimney sweeper, in 1894, the real cause revealed in 1914 by his drinking partner at his death bed.

He confessed to tied the victim to a fence and robbed his purse. He murdered him for just twopence.

While the 4 squadrons of the Royal Canadian Air Force’s records shows an incredible below average aircraft loss, of only 1.65%, from over 11000 flyes.

Where did the Busby Stoop chair come from? 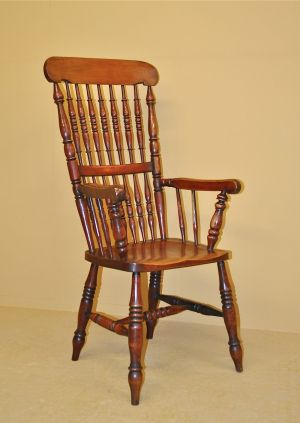 The visitors, always challenged others to sit in Thomas Busby’s old chair at the Inn, but is it his chair?

A renowned and respected furniture historian, with a Research Fellowship at the Victoria and Albert Museum, Dr. Adam Bowett, suggest that the chair was made 138 years after Thomas Busby’s execution.

“The Busby Stoop chair is a type now known as a ‘Caistor’ chair, because of its association with the chairmaker John Shadford. Shadford worked in the north Lincolnshire town of Caistor between 1843 and 1881. It is unlikely to be older than 1840 and could have been made as late as 1900”.

Separating the A61 and A167 between the villages of Sandhutton and Carlton Miniott, stands the Busby Stoop Inn, displaying a sign with the Busby Stoop chair next to a mock set of gallows.

But the strange activities seems not stop with the removal of the piece of furniture, the workers and visitor believe the old coaching inn is haunted by the ghost Thomas Busby.

“I’ve been here for the last 7 years and the locals are still afraid of the chair and its curse. I saw a figure on the landing upstairs, it was a very tall human like figure with no arms and no clear face. It moved sideways and then disappeared through a wall. I was absolutely terrified.”

The Busby Stoop Inn receives visitors from all around the world asking about the chair and its curse.

Anyway, if it is real or not, the Busby Stoop Curse, is not only good for the business of the Inn and museum but also for the town.

Other Great Museums with Strange, Haunted and Cursed Objects