Skip to content
Loading...
Strange News
Tiago Machado Incident – Everything You Need to Know About
The 1966 Ufonauts in Quipapa
1970 Avenida Niemeyer UFO Incident – A Strange Splashdown
UFO Lands in Itaperuna in 1971
Was Atlantis Finally Found?
Curitiba UFO Waves – Why So Many for Such longtime?
The 1947 Villa Santina Incident
What No One Tells You About the Alfredo’s Abduction in 1953
Do you know who is Captain Bee?
The Truth About What is the Betz Mystery Sphere?
DebunkUFO 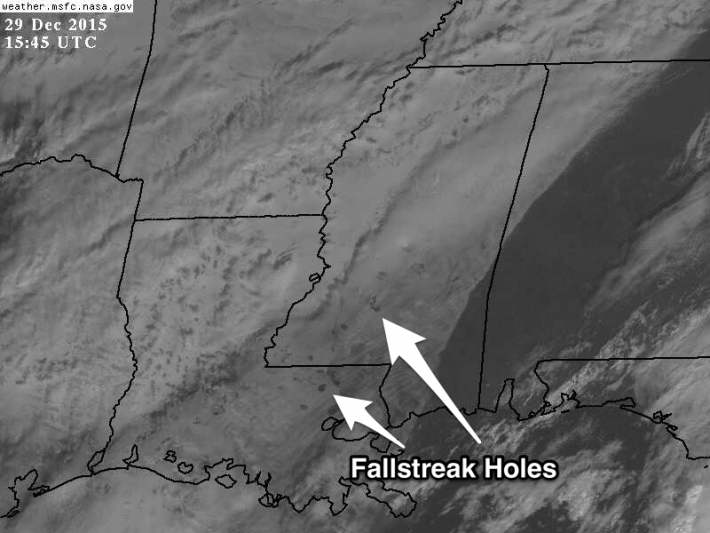 This image circulated in the social media at early hours of December 29th, 2015 and right after a lot of users posted photos from their neighborhood skies. 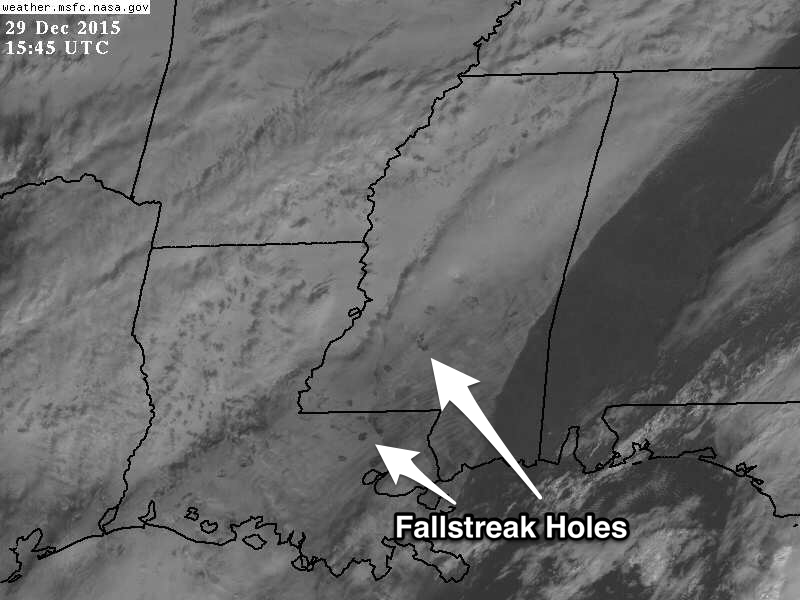 Were we witness to an Alien invasion?

The answer is simple, a BIG No. This

These holes are formed when the water temperature in the clouds is below freezing but the water has not frozen yet due to the lack of ice nucleation.

When ice crystals do form it will set off a domino effect, it causes the water droplets around the crystals to evaporate: this leaves a large, often circular, hole in the cloud.

Also, it is believed that this ice crystal can be formed by passing aircraft which often have a large reduction in pressure behind the wing- or propeller-tips.

This cools the air very quickly and can produce a ribbon of ice crystals trailing in the aircraft’s wake.

These ice crystals find themselves surrounded by droplets, grow quickly by a process of ice crystal growth that occurs in mixed phase clouds, that contains a mixture of supercooled water and ice. 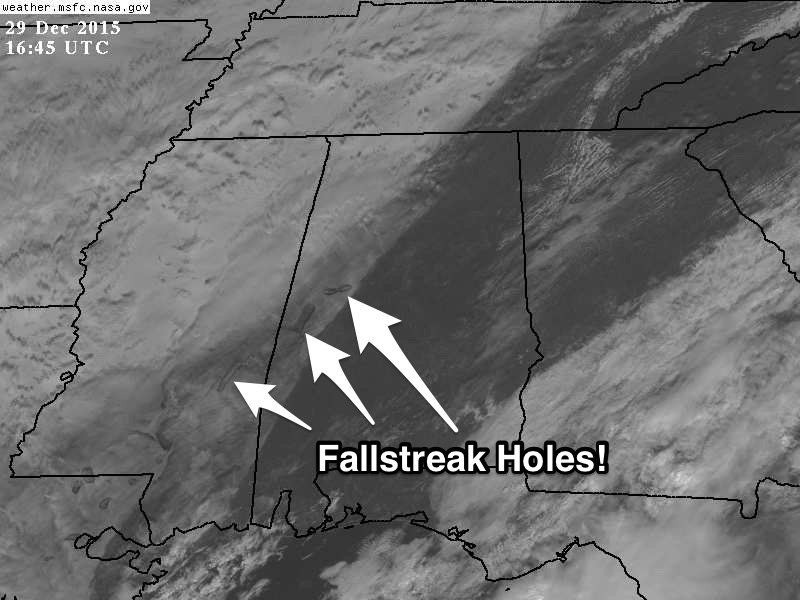 So the so call Alien Invasion was just more one Natural event.

Because of their rarity and unusual appearance, as well as very little exposure in media, Hole Punch Clouds have been mistaken for or attributed to UFOs and Alien Invasion.