Skip to content
Loading...
Strange News
Tiago Machado Incident – Everything You Need to Know About
The 1966 Ufonauts in Quipapa
1970 Avenida Niemeyer UFO Incident – A Strange Splashdown
UFO Lands in Itaperuna in 1971
Was Atlantis Finally Found?
Curitiba UFO Waves – Why So Many for Such longtime?
The 1947 Villa Santina Incident
What No One Tells You About the Alfredo’s Abduction in 1953
Do you know who is Captain Bee?
The Truth About What is the Betz Mystery Sphere?
MoviesParanormal 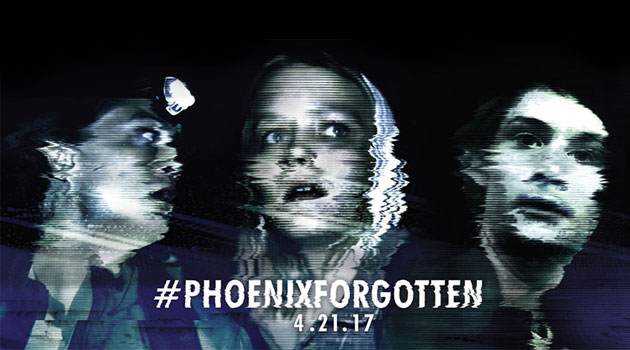 The fictional story based on the true events of that year, when several mysterious lights appeared over Phoenix, Arizona.

What was The Phoenix Lights?

First of all, at about 6:55 pm, Thursday, March 13, 1997, a man reported seeing a V-shaped object, several football fields sized, above Henderson, Nevada.

This was just the beginning of the incident known as The Phoenix Lights.

In addition, thousands of people reported a triangular formation of lights seen to pass over the state, and a series of stationary lights moving across the city in about a southeast direction.

Another account and evidence point to a set of nine lights appearing to “hover” over the city of Phoenix at around 10 pm, while thousands of people witnessed it.

Because of the numerous video images taken of these lights, it received a large amount of coverage by the media.

Consequently, this coverage gains immediate response from the government and militaries.

The U.S. Air Force explained it as slow-falling, long-burning LUU-2B/B illumination flares dropped by a flight of four A-10 Warthog aircraft on a training exercise at the Barry Goldwater Range at Luke Air Force Base.

Also, Arizona Governor, Fife Symington III, held a press conference, mocking that “they found who was responsible” bringing on to the stage a dressed man in an alien costume. 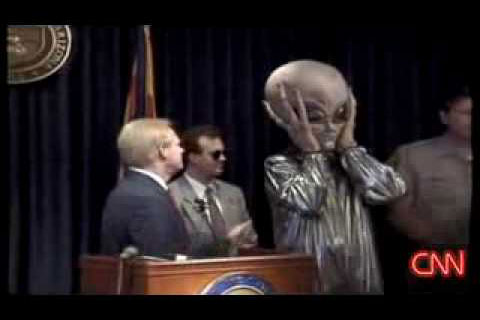 But on the first Phoenix Lights’s tenth year anniversary, March 2007, Symington confirmed he witnessed one of the “crafts of unknown origin” during that night of March 1997.

Symington reported “I’m a pilot and I know just about every machine that flies. It was bigger than anything that I’ve ever seen.”

“As a pilot and a former Air Force Officer, I can definitively say that this craft did not resemble any man-made object I’d ever seen. And it was certainly not high-altitude flares because flares don’t fly in formation.”

Phoenix city’s councilwoman, Frances Barwood, launched an investigation into the Phoenix Lights, according to her she interviewed over 700 witnesses, “The government never interviewed even one.”

The producers of Phoenix Forgotten interviewed people who actually witnessed, book writers and documentary filmmakers from the Phoenix Lights. 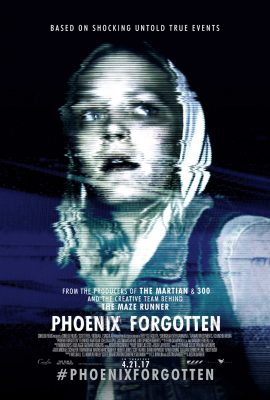 Phoenix Forgotten tells the story of three teens who went into the desert shortly after the incident, hoping to document the strange events occurring in their town.

They disappeared that night and consequently, were never seen again.

Now, on the twentieth anniversary of their disappearance, unseen footage has finally been discovered, chronicling the final hours of their fateful expedition.

For the first time ever, the truth will be revealed…

Justin Barber is a commercial director and VFX artist in Los Angeles. Phoenix Forgotten is his first movie in theaters.

He previously produced “Medicine for Melancholy”, directed by Barry Jenkins.  Also, Justin Barber is a partner in the commercial production company, Strike Anywhere.

He is, also, a graduate of the Florida State University School of Motion Picture Arts.

The film has sci-fi movie moguls among their producers, most noteworthy, Sir Ridley Scott (“Alien”, “The Martian”), Wes Ball (“The Mazer Runner”, “Maze Runner: The Scorch Trials”, “Maze Runner: The Death Cure”) and Mark Canton (“300”, “300: Rise of an Empire”).