Skip to content
Loading...
Strange News
What Really Happened in The Benedito Miranda Abduction?
The Day over 10 Thousand people witnesses a UFO – The Morenão UFO Incident
The 18th Century Alien Abduction you didn’t know
The Jose Higgins Abduction Tentative 1947
The Truth About The Janiel’s Abduction
What Really Happened to the family in the Caiana UFO Abduction
What happened in the Duas Pontes Incident?
Bep-Kororoti The Celestial Master
The 1998 Capão Redondo UAP Incident
The Ubatuba Incident – A UFO Exploded in 1957 with Fragments?
ParanormalTime Travel 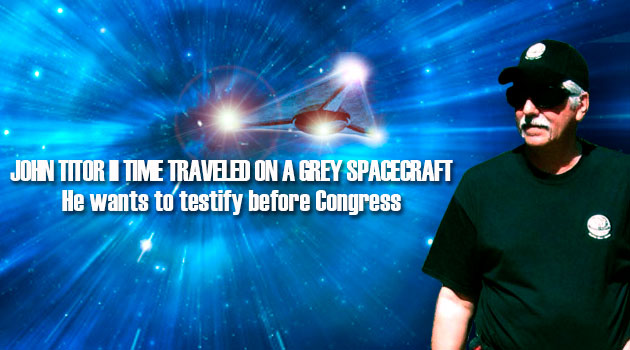 A concerned Time Traveler named John Titor II, sent certified letters to Barack Obama, Paul Ryan, and Donald Trump, in an attempt to push the disclosure of the presence of Extraterrestrial life on our planet.

He requests to testify before US Congress regarding “off world species” and that the US government and military have secretly been in contact with them.

His name is well known, but he says he is not the same person we met in the recent past.

He believes the first John Titor was sent to try to spread disinformation into the public domain before the “real” John Titor comes forward.

But who was the first John Titor

The first John Titor claimed to be a North American soldier from the year 2036 who returned to the year 1975 to get an IBM 5100 computer, necessary to debug a problem on Unix systems in 2036.

On his return to 2036, he made a stop by in 1997 for particular family matters and to warn the world about the American Civil War, World War III, and Mad Cow Disease.

John Titor gained notoriety after posts on Art Bell BBS Forums from “Coast to Coast” host Art Bell, there he made some uneasy revelations about our future.

His predictions and statements were not always correct, and his believers claimed he helped to change the outcome of the major disasters.

Understand more about the first John Titor and his alleged real identity. 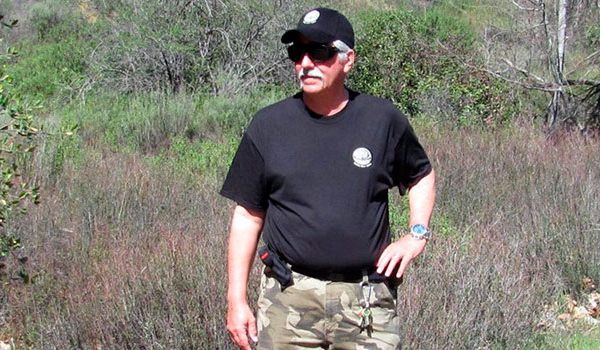 Lieutenant Colonel John Titor claims he is not the same time traveler that amazed the internet community around Art Bell BBS Forums and Coast to Coast AM audience.

John Titor || doesn’t understand why his name was used in such way.

Based on Area 51, John Titor II began traveling through time on missions for a highly-secretive arm of the U.S. Air Force in 1979.

He doesn’t believe being born. But he remembers to awaken in 1979, at age 27 years old. Years later an Alien Friend told him he was a clone.

John Titor begins his military career in the Air Force as an Airman in the U.S. Air Force at Dulce, New Mexico.

He trained, specifically, because of his abilities to become a potential officer and pilot.

He served as commander of the 177th Time Travel Division at Area 51 and later the command of a combat group in eliminating a threat to the planet by extraterrestrials from 2030 to 2036.

John Titor II traveled to the year 2050 for environmental research and went to the past to the around 200 B.C. (in Asia).

In 20136, John Titor decided to retire from the military career and left the 177th Time Travel Division.

Titor chose to go back in time and live with the love of his life in the year 2000.

He purposely did not use government resources to go back in time, thanks to the TR-3B aircraft from a Grey friend.

John Titor is and remains a security nightmare for the U.S. government.

He came back to this timeline, in the year 2000, because he felt in love with a woman trying to bring awareness to environmental while she worked with Al Gore.

Right after arriving at the year 2000 and restarting his life with his girlfriend, soon-to-be wife, Titor became hearing his names on the news.

Worst than that, he started to read of John Titors that were time travelers.

For him it was evident it was disinformation planted in the media, it had no scientific basis for time travel or anything else.

He believed the information intention was presented to discredit him in case he decided to tells what he knew.

Soon after that, John was notified that both he and his wife were at risk.

They became reclusive living in a secure government compound in Palmdale, California.

Not as prisoners, but protected by the government with an electrified fence, guard dogs, and twenty-four hours armed security.

Remember, although no longer time traveling, John Titor II continues to consult with the Department of Defense.

At this point, 2016) John is not in good health. The doctors believe he has around 74 years old.

For that reason, he believes it is time to tell his story into the public domain before it is too late.

He wrote his biography, “Disclosed: Chronicles of John Titor II,” with the help of Canadian authors Bob Mitchell and Jason Quitt by interviews by Skype.

Bob Mitchell, unfortunately, passed away on October 2016 from pancreatic cancer not long after being interviewed on Coast to Coast by George Noory, on September 1, 2016.

John Titor II reveals made some uneasy revelations about past and future involving the US government:

Different from the first John Titor, John Titor II doesn’t make any predictions but hit on the nail in one, probably unintentional.

According to writers, he insisted the book, “Disclosed: Chronicles of John Titor II,” was released on September 1st, 2016.

Not the day after the US 2016 Presidential election as previously scheduled.

While researching, for this article, in October 2016, I noticed something on his letter asking to testify before US Congress.

Among all the names he sent the letter is included the name of, at the time, US Presidential candidate Donald Trump, but not his adversary, Hillary Clinton.

Did he know Hillary was going to lose one more election?

Primary every time traveler predicts or talks about a war that will destroy the planet. John Titor II is no different.

The US President and vice president will suffer radiation poison from an Iranian nuclear attack.

Millions will perish in America.

The US response will devastate to the rest of the world.

But he also tells that, together with his team, he had missions to avoid this outcome.

On October 19, 2016, a press release informed the intention of John Titor to testify before Congress in an attempt to push the disclosure of Extraterrestrial life.

Titor II sent certified letters up to the chain of command of the US Government and the UN, Antonio Guterres, Ban Ki-Moon, President Barack Obama, Paul Ryan, and Donald Trump.

Below the full letter sent to the Speaker of the House, Congressman Paul Ryan.

Congressman Paul Ryan
Speaker of the House
Washington, DC Office
1233 Longworth HOB
Washington, D.C. 20515
Mr. Paul Ryan
The earth has been visited by extraterrestrial species from the time that the earth could sustain life. There is much to suggest that the Earth is an engineered planet and that the solar system we live in has been engineered. Engineered by an intelligence far greater than we are now and possibly ever have been in the past. Some seventeen thousand years ago the Annunaki had successfully colonized this planet. That civilization although a type five on the Kardashev scale failed. Currently, civilization on this planet is about to fail. Currently, Earth’s civilization is a type zero on that scale.
Records of visiting extraterrestrial species are left everywhere on this planet in stone. Stones that cannot be lifted even today with available machinery. Stone was a chosen media for leaving behind a record of their presence.
At the end of World War II there was increased extraterrestrial and UFO (Unidentified Flying Object) activity. The armies of the United States and its allies were exhausted. Demonstration of extraterrestrial power to General Dwight D. Eisenhower demonstrated that these extraterrestrial species were superior to mankind on earth. These extraterrestrial species could out fly anything available in the 1950’s. These same space craft could submerge and then fly out of oceans and lakes.
The United States of America signed cooperative agreements with extraterrestrial species. It is suspected that NATO allies signed similar agreements. These agreements gave unfettered access to the airspace of the Earth and set aside secure space ports to be used by extraterrestrials. There are also mutual defense agreements in place in the event of war.
There are over eighty extraterrestrial species that are known. The Annunaki, Greys, Tall Whites, and Reptilians are known to the United States government. We have been invited to form an alliance or federation with them.
One, I encourage the United Nations to adopt a policy of befriending off world species whenever possible. Two, we need to form an alliance with off world species whenever possible.
We have had cases of abductions of our species and animal mutilations from extraterrestrial species conducting research on our species. These activities by extraterrestrials should not be condoned. Tissue samples must be requested through diplomatic channels. We have every right to expect that laws of our planet will be respected with adherence.
There are two pressing issues that impact mankind’s survival on this planet. One, if mankind is to survive on this planet wars of conquest must be outlawed. Wars based on religious beliefs and religious bigotry must cease. Two, the environment of this planet has been abused and we are dangerously close to extinction because of mankind’s inability to stop the abuse. Global Warming is fact and not fiction.
I request that I be allowed to address a joint session of the United States Congress at the first opportunity regarding off world species that the United States government and the military have been in contact with together.
Respectfully,
John Titor II
John Titor II
Chief Executive Officer
177th Science Foundation
Author “Disclosed: Chronicles of John Titor II”
cc: Donald Trump (Republican Nominee President of the United States)