Skip to content
Loading...
Strange News
What happened in the Duas Pontes Incident?
Bep-Kororoti The Celestial Master
The 1998 Capão Redondo UAP Incident
The Ubatuba Incident – A UFO Exploded in 1957 with Fragments?
Alien Abduction in 1956 Niterói
The Bauru Incident – Daildo de Oliveira Wrestling with Invaders
The Turíbio Pereira Incident – Another Closed Encounter in Lins
The Lins Incident – The Maria Cintra Close Encounter of the Fifth Kind
Captain Fortunato UFO Incident – What Were the Foo Fighters?
The Day Aliens Crashed a UFO Conference – The Dolores Barrios Incident
GhostParanormal 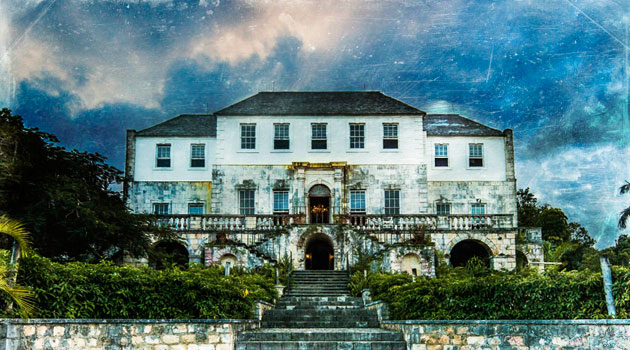 The White Witch of Rose Hall in Montego Bay, Jamaica is one of the most vicious ghosts, legend, and murder from the World. But who really haunts this Caribbean paradise?

A story so amazing that inspired Johnny Cash, a longtime Jamaican resident, to record “The Ballad of Annie Palmer”.

The History of the Rose Hall in Montego Bay, Jamaica

Known by locals as the “Great House”, built-in 1770 by John Palmer and his wife, the Rose Hall Plantation became the home to their grandnephew, John Rose Palmer.

The Plantation takes among 6,000 acres of land east of Montego Bay, the fourth largest populated city in Jamaica.

The Georgian mansion was constructed with mahogany floors, interior windows, and doorways.

In the earliest days of the history of the home, the owners had approximately two thousand slaves working in and around the immense building and vast acres of the property.

Rose Hall’s owners abandoned the Great House because of the slave rebellion in 1831, leaving the mansion in ruins.

Who was the White Witch of Rose Hall

In 1820, Palmer married Annie, born in Haiti to an English mother and Irish father and spent the earliest years in Haiti.

Her nanny adopted Annie after her parents passed away from Typhoid Fever. The legend tells the nanny taught her for eight years the practice of voodoo and witchcraft.

It is believed that Annie Palmer poisoned her husband and became the owner of the plantation, right after he found out she was having an affair with one of the slaves and Mr. Palmer physically punished her.

Annie also beat her slave lover until he died, immediately after her husband’s death.

The end of White Witch of Rose Hall

During her reign as mistress of the plantation, Annie killed two other husbands and several slave lovers in her lifetime.

Her slaves and locals called her Obeah, or “Voodoo Woman”.

Rutherford had an affair with Millicent, a housekeeper and daughter of a local Voodoo priest, Takoo.

Takoo led some of the slaves to revenge Millicent.

Annie’s body was found lifeless, with signs of strangling. While her servants destroyed the Rose Hall.

Some paranormal investigators and visitors labeled The Rose Hall as one of the most haunted houses from the Western Hemisphere.

Witness claim to see a woman figured, believed to be Annie Palmer, passing through the mansion.

Disembodied voices and strange sounds can be heard thru the halls.

Restored in the 1960s, the Rose Hall has now silk wallpaper printed with palms and birds, ornamented with chandeliers, furnished with mostly European antiques, and features a downstairs bar and restaurant.

What Really Happened to Annie Palmer, The White Witch of Rose Hall

She married John Rose Palmer in Jamaica and lived at Rose Hall.

John died of natural causes, leaving the Plantation in thousands of pounds in debt.

Annie Palmer did not kill any slaves, she left the Rose Hall and also passed away of natural causes in 1846.

Where did the legend of The White Witch of Rose Hall come from?

How a normal housewife from the IX X century became one of the most known witches from around the world?

He wrote, in 1928, the book “The White Witch of Rose Hall“, a fictional creation based on Annie Palmer’s life.

Lisser decided that the history of the mansion wasn’t exciting enough and decided to ‘spice up’ the story creating murder and vicious voodoo witch.

And for some people, this creation took form and now haunted the location.

Is it possible for a fictional character to take shape and interact with the living?