Skip to content
Loading...
Strange News
Tiago Machado Incident – Everything You Need to Know About
The 1966 Ufonauts in Quipapa
1970 Avenida Niemeyer UFO Incident – A Strange Splashdown
UFO Lands in Itaperuna in 1971
Was Atlantis Finally Found?
Curitiba UFO Waves – Why So Many for Such longtime?
The 1947 Villa Santina Incident
What No One Tells You About the Alfredo’s Abduction in 1953
Do you know who is Captain Bee?
The Truth About What is the Betz Mystery Sphere?
ParanormalUrban legend 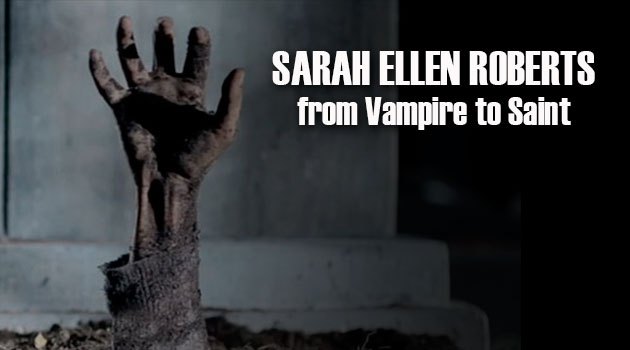 Sarah Ellen Roberts was accused of been a vampire woman, in late 19 century. Her horrible sentence carried by her own neighbors.

But before murdered, she cursed the town and promised to return from the grave, for that she was only buried overseas.

The legend of Sarah Ellen Roberts, The Bride of Dracula

The couple lived in 25 Isherwood-Street Blackburn and had two children of William and Franke.

Sarah Ellen’s life changed at the beginning of June 1913, when Sarah, at age of 41 years old, with her two sisters were accused of murder and witchcraft.

Sarah, Andrea, and Erica were convicted and sentenced to death in the trial that took place in Blackburn.

On June 9, 1913, the people of Blackburn chained and sealed Sarah Ellen and her two sisters alive inside a lined casket of lead.

On her way to the casket, Sarah Ellen cursed the people of the town.

“When 100 years go, I will rise from the grave to avenge  the descendants of my assassins.” 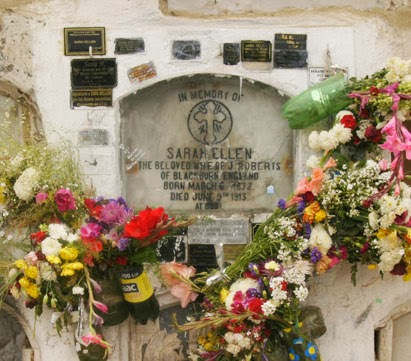 For the people of that small England town, Sarah Ellen Roberts was obsessed with witchcraft, black magic practices, devil worship and a follower of Vampirism in the figure of Count Dracula.

Her last sentence only confirmed for them the suspicious.

People from Blackburn and members of their own family didn’t want their remains to stay around, fearing that they could come back to attack them.

When John tried to bury his wife’s body the local authorities and the clergy denied him the permission to bury his family in consecrated earth.

The remains of the two sisters Andrea and Erica were buried in Hungary and Panama.

Some sources mention Mexico for the last destination of one of the sister but it is hard to be confirmed.

The Bride of Dracula, Sarah Ellen Roberts crosses the Atlantic 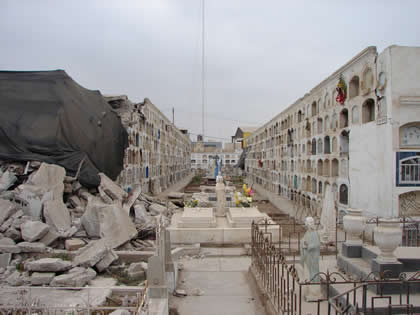 John Pryce Roberts finally arrived Pisco, Peru, and he bought a tomb for £5.00 and finally he could bury Sarah Ellen Roberts in the local cemetery.

It is unclear if the people from the town knew about the curse at the time.

On her tomb, he asked to be written:

The people in the town of Pisco was fearful of the news. But nothing was done at the time fearing the consequences of their acts.

The legend of the vampire woman is known throughout the country.

Many people around Pisco believed that on the hundredth year of her death, Sarah would come back from the dead to avenge her murder.

From around the 80th anniversary of her death, June 9, 1993, people in the town turned to fear of the revenant vampire.

Pregnant women fled, fearful that her spirit might try to reincarnate itself in their child.

When she failed to reappear, on 2013, those who blessed the grave with holy water and praying claimed they had kept her away. 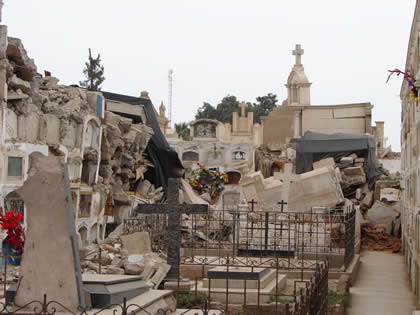 catastrophe laid upon the people of Pisco, a massive earthquake, killing hundreds.

In the cemetery, large numbers of tombs and coffins were uncovered by the tremor.

But for the populations’ amazement, Sarah’s tomb was untouched.

From that time on, for Peruvians, Sarah Ellen Roberts was far from being a vampire, she went from being a bad witch to become a good witch.