Skip to content
Loading...
Strange News
The 1947 Villa Santina Incident
What No One Tells You About the Alfredo’s Abduction in 1953
Do you know who is Captain Bee?
The Truth About What is the Betz Mystery Sphere?
What Really Happened in The Benedito Miranda Abduction?
The Day over 10 Thousand people witnesses a UFO – The Morenão UFO Incident
The 18th Century Alien Abduction you didn’t know
The Jose Higgins Abduction Tentative 1947
The Truth About The Janiel’s Abduction
What Really Happened to the family in the Caiana UFO Abduction
GhostParanormal 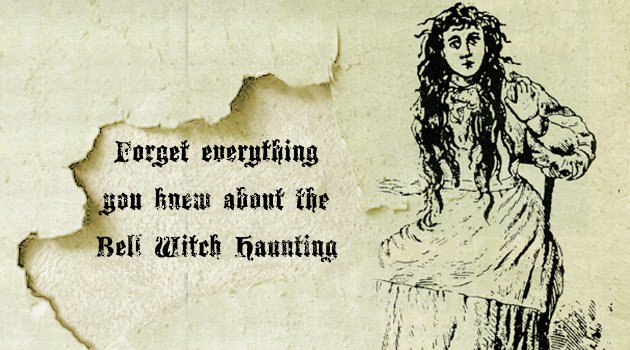 Things you did know about the Bell Witch Haunting may not be true. In Adams, Tennessee, 1817, the family of John Bell began to experience strange manifestations on his 320-acre farm, in northern Robertson County.

The claim occurrences started with the family listening unknown noises, his children been beaten while sleeping, until they started listening later an old woman voice, singing, quoting scripture, and eventually talking to the family, physic aggression and a possible murder.

North Carolina farmer, John Bell settled in Tennessee with his family in 1804, where they had a peaceful and prosper life for 13 years.

In that late summer of 1817, everything started to change for the Red River Baptist Church’s deacon and his family. They began to witness some strange shape animals around their land that laid along the Red River.

Then they hear knocking sounds around the house in late night hours. A strange sort of eerie sounds, something like a rat gnawing on the bedpost, chains being drug through the house, stones being dropped on the wooden floors, then gulping and choking sounds.

“It would take the sugar from the bowls, spill the milk, take the quilts from the beds, slap and pinch the children, and then laugh at the discomfort of its victims” from Goodspeed Brothers book “History of Tennessee” 1886.

For almost over a year the family lived in fear, terrified with what was going on, but told no one about the incidents at their farm.

But with the incidents escalating to his kids been beat while sleeping in their beds, John Bell shared with his neighbor, James Johnson, inviting Mr. and Mrs. Johnson to spend the night and witness it by themselves.

The couple witnessed the events for several nights, without the possibility to come up with a solution to help or comfort his neighbor, James Johnson suggested forming a committee to investigation the incidents.

The word spread fast and soon people were coming from all over the county and the state in disbelief to witness the poltergeists events that tormented the Bell’s property.

With more people apparently the unseen forces behind the event started gaining enough strength to manifest itself with a voice.

When inquired what it was, it identified itself with different names, and one of this names belong to an old Bell’s neighbor.

Who was the allegedly Bell Witch?

It was believed that the owner of the voice could be the Bell’s deceased neighbor, by the name Kate Batts, who used to tormented John Bell while in life and hated him.

Apparently, her afterlife missions were to kill John Bell, to destroy the Bell’s youngest daughter Betsy engagement to Joshua Gardner and put a curse on the Bell’s family. She never gave a reason to this missions.

During three years, Kate the Bell’s Witch, tormented the family at daily basis, not only with poltergeists events but with physic infringements. John and Betsy were her favorite targets.

But Betsy Bell received the most physical abuses, hair pulled, pinched, bloody scratches, stuck with pins to even be beaten.

Her father felt his throat swelling and in other cases as if his throat was stuck by stick, also the start present signs of strokes, with this face twitching and jerking, the voice of the Bell Witch could be heard blast him with curses and hideous threats during this strokes.

If from natural causes, for the stream stress involved during the years or from the curse of the Bell Witch, John Bell became very weak.

After seven years of torments in the Bell’s Farm, on December 20, 1820, John Bell was found dead, a vial of poison was found close to his body.

According to witness, the Bell Witch was heard laughing along all the way through John Bell’s funeral.

Three months later, on March 1821, it was Betsy turn. The Bells’ youngest daughter broke off her engagement with Joshua Gardner.

After this events, the Bell Witch promised to return in seven years, and for a few weeks in 1828, she visited the house of John Bell Jr.

The Witch then have long talks with him about the past and present, making some predictions.

Even saying that had a reason to his father’s death, the witch’s voice did not explain the reason.

At the end of this visit, the Bell Witch promised to return in 1935, more exact one hundred and seven years later.

It is believed that she did not totally leave the area, strange things continue to occur in the town of Adams and the Bell Witch Cave thru years.

Most of the information above is based on the book from 1894 “An Authenticated History of the Bell Witch” by Martin Van Buren Ingram.

The real facts about the Bell Witch Haunting

Allegedly the blame for what happening in those three years at Bell’s Farm is the ghost of Kate Batts.

But how that can be possible if Kate Bates outlived John Bell Sr. by twenty-seven years, dying in 1847.

Who was Kate Batts?

Was Kate Batts a witch? It is hard to prove it, but it said that she was an eccentric woman.

Also, know to have one of her Grandmothers been a Cherokee, and from her, she learned how to use herbs to heal people.

Data from the local courthouse shows that possible the two families knew each other.

Did the Bell Witch kill John Bell Sr. by poison?

It is a possibility, but also Mr. Bell presented clear signs of stress, and some believed he took his own life in hope to stop the haunting and suffering of his family.

Betsy Bell, who suffer as much as her father from the age 12 to 16 years old, lived to the age of 82 years old, she outlives 7 of her 9 children, and she never slept by herself, always have one of her grandchild sleeping with her.

It is believed to this day by family members that the curse continuous to each first born male from each generation, strange fatal accidents or deaths occurred to validate it, according to witness.

The evidence points that the area occupied by the Bell’s family in 1804 was in fact and native American burial ground.

The story tells that two of Bell Sr. sons while digging on the farm, found a skull, they were fascinated with it and took the jaw from the skull and took home.

When John Bell found out he ordered the boys to return it to the same place. As any kids, they did not like the idea and one of them throw the jaw bone on the floor of the porch breaking some of the teeth in it.

The father made them collect it and buried it back.

Later in one of the haunting the unbodied voice mentioned that wanted the tooth back. John Bell Sr. with the help of others from the community tried to find in the farm ground the tooth without success.

Been related to native Americans, is Kate Batts the one who placed the curse on them or her name was wrongly dragged into the story for the same reason?

Bell Witch on the media

There have been several movies based on the story, and as any movie, the facts are distorted and not much of the real story is left.

The paranormal reality TV shows also dive in the legend time-to-time including an episode of Ghost Adventures filmed at the Bell Witch Cave.

But who has possibly got very close to the true were “Cursed: The Bell Witch” in 2005, a 5 episodes miniseries based on one of the latest members of the Bell family trying to end the curse.

Do you have any evidence or information that we did not abort over here? We would love to hear from you.