Skip to content
Loading...
Strange News
The 1846 Leverger Incident – UFO witness from the 19th Century
UFOs in Amazon – When Mythology may be the Answer
Jimi Hendrix murdered – Rock n’ Roll Strange Legends
Christmas Massacre – The real story of Bloody Bob Sims
The Guyancourt UFO Incident – When Two UFOs Landed for Repair
The day a flying saucer landed in the Hollywood Hills
Aztec UFO Crash Incident – When Government Cover Up Worked
What You Should Know About Elisa Lam Will Scare You
Ufo Lights scared witness in Brazil leaving a triangle shape crop field
Understand The Truth About Phil Schneider and The Dulce Base
AmazonArcheologyScience 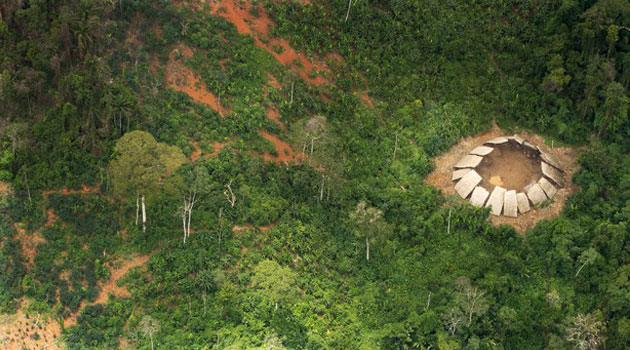 Wonder Woman movie will be released this week. The Greek legend that inspired the History of Princess of the Amazons came to life by true female warriors in the Amazon.

For the Greeks, women without breasts (a-mazôn) were barbaric because they did not know the laws of the polis, whereas the Germanic Valkyries were men-women who were dangerously inclined to the confrontational.

Wonder Woman On The Big Screen

As one of the most popular female comic-book superheroes of all time, Wonder Woman is now reaching the movie theaters.

Wonder Woman’s origin story in the first years described her as being sculpted from clay by her mother, Queen Hippolyta, and given life by Aphrodite.

She had superhuman powers as gifts from the Greek Gods.

But in the comics modern version, she became the daughter of Zeus and jointly raised by her mother Hippolyta and her aunts Antiope and Menalippe.

For this version of the movie in 2017, before she was Wonder Woman, she was Diana, Princess of the Amazons, trained to be an unconquerable warrior.

Raised on a sheltered island paradise, Diana meets an American pilot who tells her about the massive conflict that’s raging in the outside world.

Convinced that she can stop the threat, Diana leaves her home for the first time.

Fighting alongside men in a war to end all wars, she finally discovers her full powers and true destiny.

Since the early days, when explorers arrived in the Amazon, encounters with Female Warriors are one of the most intriguing and controversial episodes in our history.

Gaspar de Carvajal, in 1541, in the most celebrated text on the subject, described a city of stone. “Inhabited by women warriors with huge temples dedicated to the sun and full of idols made of gold and silver.

Carvajal placed it at the mouth of the river Jamundá, near the Rio Negro.

About the 24th of  June 1542, Francisco de Orellana fought with a tribe of Tapuyas approaching the Trombetas River.

The women of the tribe attacked the European explorer’s crew.

Orellana called them Amazons, a derived word from the name Amazonas from the mythical Amazons of Asia described by Herodotus and Diodorus in Greek legends.

The Spanish explorer description of the European World fueled an extensive repertoire of stereotyped images.

The myth of the Amazons fascinated European to the point of being included in majestic illustrations of cartography.

French naturalist La Condamine during his expedition to the Brazilian interior collected oral information about the ancient existence of these controversial characters.

According to indigenous contemporaries to Condamine, a republic of women would have existed in the lands of the river Negro.

At one point, many legends started to mix.

Myths such as the imaginary cities of Eldorado, Manoa, Lake Parimá, and Acephalous Indians like the Ewaipanomas.

On the famous map of Theodor de Bry, Tabula Geographica (1599), all these myths appear together along the great equatorial river.

With time some of these so-called legends lost credibility among Europeans.

But the Wonder Women from Amazon was still a fascination.

Know by the locals as Comapuíras, or women without husbands,

Modern explorers like La Condamine (the mid-eighteenth century) and the Count of Castelnau (nineteenth-century) perpetuated the existence of this mythical society.

They demonstrated that the subject was far from being considered merely a chimerical episode.

French traveler and explorer, Francis de La Porte, began his expedition through the interior of Brazil in 1843.

His mission was entrusted by the French government.

In the region of Barra do the Rio Negro do Pará, in Manaus, Castelnau would have found a statue.

This statue and other objects collected were sent to an exhibition at the Musée Impérial du Louvre in Paris.

It would be just another sample of travel in the 1800s, were it not for small detail.

The sculpture was labeled in 1847 as being originated from an Amazonian civilization.

The explorer also confirmed the same statement to the newspaper L’Illustration.

But historian Antonio Baena denied what happened in a letter; the statue would be a monkey-shaped stone.

The statuette made, at the end of the 18th century, by a mason named Jacinto Almeida.

In the photo from the statuette provided by Castelnau in 1850, it appears a representation of a human being, with hands juxtaposed in the chest and with the base seeming to merge with an ape.

The region comprising the Negro River was already well-known by Brazilians and foreigners in their prehistoric aspects.

The village of Itacoatiara, near Manaus, was described in 1848 because of its immense amount of stones and painted slabs.

Marshal Cunha Matos mentioned rock figures from the Negro River, as well as indigenous tribes that would retain Phoenician traces.

But Were the Amazon Female Warriors Real or Not?

They concluded that most of the evidence pointed that witness met with women from a private indigenous group.

It is possible that the men of those tribes were momentarily absent, possibly hunting.

In recent years the FUNAI (National Indian Foundation) in Brazil had encounters with small native groups in similar situations.

For some researchers, this became a reasonable explanation, while for others, there is a margin of doubt.